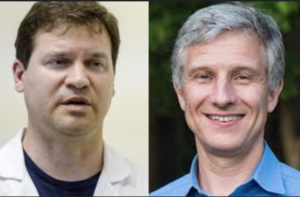 The transformation of acupuncturists from things to beings as subjects of research – from modality to whole system professionals – got a big boost at the June 26-29, 2019 Society for Acupuncture Research (SAR) conference. The alchemical stew for which SAR board member Robert Davis, LAc, MS was master chef began with the conference’s real world, policy, and payment focus. A Patient Centered Outcomes Research Institute (PCORI)-funded process for which Davis’ conference co-chair Remy Coeytaux, MD is primary investigator focused attention on implementation and dissemination. Past SAR board president Helene Langevin, MD, who stepped down from the SAR board when she began service as director of the NIH National Center for Complementary and Integrative Health (NCCIH), announced intentions for a precedent-setting initiative on whole systems research. In this mix, the acupuncturist as a whole professional flowered both as research target and as a potentially more valued participant in a reformed system for health care. 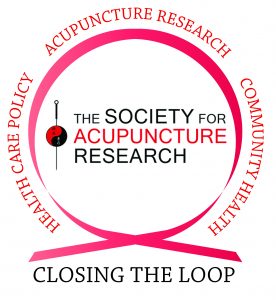 “Acupuncturist” as typically used is both short hand and misnomer. While it requires fewer keystrokes and less a mouthful than “acupuncture and Oriental medicine practitioner” (or “East Asian medicine professional”) it is, literally, demeaning. It exemplifies biomedicine’s reductive predilections.  “Acupuncturist” focuses on the needles. Denied are multiple elements of the practice – relationship building, counseling, tuina, moxibustion, herbs, foods, and other tools – that distinguishes the practice from a technician with needles.

The harm from the limited framing is substantial. Lines blur between such a professional and others who use needles as a modality. Among these are medical doctors, physical therapists, chiropractors, and other professionals who typically take short courses to learn to use acupuncture needles for limited conditions. Insurers, if interested in acupuncture, stop short of considering the evaluation and management such a professional can put in service in patient care. Might the diagnostic foundations that inform individualized East Asian medicine practice – less evident in others’ needling practices – have value, especially as we feel our way to an era of personalized medicine?.

Messy new questions emerge. What is the optimal value of the whole practice of East Asian medicine in treatment of pain and in moving people toward health? How do researchers measure this value, delivery organizations implement it, and insurers pay for it?

On day 3 of the conference, Davis offered a short plenary presentation related to research on a legislatively-funded pilot on Medicaid patients in Vermont. He led the project with guidance on a research design from SAR board members Coeytaux and that of professor of acupuncture research at University of York, Hugh MacPherson, PhD. They used a pragmatic research model since Vermont’s policy makers wanted to know the impact of practices that are “complex, interactive, individualized and multi-component encounter in which the needle is a small part” – in Davis’ words – and also vary from practitioner to practitioner.

The “messy” heterogeneity of these whole practices and of the diverse clinical experiences of their patients was reported by MacPherson. He shared data from a separate pragmatic trial exploring the impact acupuncturists’ may have due to “specific effects beyond needling.” Of those studied, 27% routinely use localized heating modalities, 12% use herbs, 9% tuina, 21% traditional Chinese formulas, 9% food, 8% cupping, 5% t’ai chi – and the list does not end here. Further underscoring breadth of practice were data from a separate survey that 84% of the patients received “lifestyle advice” from their acupuncturists. Counseling reached across multiple domains, from rest and relaxation to diet and work. Positive outcomes of such “acupuncture” was found to be linked to patient experience in these areas. In whom is lifestyle counseling invoked on hearing the word “acupuncture”?

Davis and MacPherson described the elephant that has been stomping around the NCCIH’s living room – or rather, pounding at the door – for the two decades since the agency was founded. Asked for their priorities, leaders in acupuncture, naturopathic medicine, chiropractic, and massage therapy have jointly urged the agency to “research the way we practice.” Though nominally “integrative”, NCCIH’s perhaps self-preserving focus amidst the NIH’s prove-yourself-on-our-terms charge led NCCIH to dismiss the clinical community and dock instead at basic research, single agents, and the stripping down of whole practices to fit reductive efficacy trials. Who cares what treatment patients are actually receiving?

In opening comments to the conference, Langevin, the former director of integrative health at the University of Vermont and of integrative medicine at the Harvard Osher Center, commended SAR “as an exemplary complementary and integrative health research institution.” Her comments went to the high quality of SAR’s research. She underscored that SAR “hasn’t shied away from difficult questions.” (Her controversial What Is the Point? The Problem withg Acupuncture Research That No one Wants to Talk About column with Harvard colleague and SAR board member Peter Wayne, PhD is an example.) She portrayed SAR’s success as flowing from it’s willingness to turn and face tough questions. 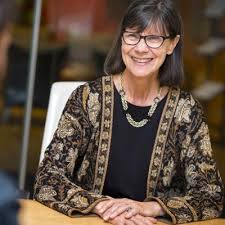 Langevin’s description of SAR’s journey recalled to my mind how author Michael Pollan reported in the New Yorker that for those exploring psychedelic experiences to have fruitful life outcomes, the necessary requirement was for the subject to turn and face any frightening images and challenges that arise during the journey.

Langevin turned to the complex and messy content of SAR’s conference which she called Davis’ “brainchild”. She commented that the content was taking SAR to an altogether “other level” of questions and complexity. Then she contextualized the moment: “We would not be here were it not for the strength of the [basic and efficacy] science we have done.”

Two nights later as banquet dinner speaker, Langevin turned and faced the whole system issue that has haunted NCCIH and distanced it from an integrative and functional medicine clinician audience that it has largely lost. She framed the post-dinner exploration as only possible thanks to respect the long-threatened agency has finally secured inside NIH under the more reductive strategic leadership of her predecessors. NCCIH’s focus on pain and its mechanisms, for instance, had led to NCCIH leadership of the NIH-DoD-VA Pain Management Collaboratory. That respect bought a little freedom. So, undoubtedly, does Langevin’ personal NIH street cred as a breakthrough basic science researcher.

In shared musings with the guests. Langevin spoke to her increasing comfort with the NIH’s framing of “mind-and-body” practices as a core priority. Acupuncture is among those that work with both mind and body at once. This is a characteristic of what she called “whole systems” – global traditional medicine practices, naturopathy, yoga therapy, Ayurveda and others. “We need to address the whole – not have it cut up into pieces. How do we understanding the whole body as a whole?” The initiative is yet young . She offered that she anticipated that at NCCIH “we will try to design some RFAs [requests for applications] to guide people to some questions on whole systems that are answerable. When we work on the next strategic plan, this is one thing we will be asking about.”

Vitaly Napadow blows away the SAR audience – the level of electro-acupuncture analgesic is correlated with how much the clinician’s face mirrors the patient’s.

Who knows what Langevin and her NCCIH team will do when they run this whole system theme through their filter for “answerable questions”? One only hopes that they don’t stray too far from those messy questions that are front and center for the stakeholders the 2019 SAR conference targeted: hospital employers, insurers, government decision makers. How effective and cost-effective is the whole practice of a traditional East Asian practitioner compared to usual care? How do we best implement such a professional into a pain management and health creation team? How might the research work force and the payers gain comfort with the ambiguities of the real world of whole person, multimodal, personalized treatment?