The Immune Enhancing Effects of Alpha-Tocopherol and the Tocotrienol Family 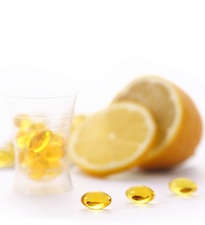 We all are familiar with the antioxidant principles of the vitamin E family, their importance as an essential nutrient, and the protection they provide against lipid peroxidation.[1],[2] However, many are less aware of their importance for healthy immune system function, particular with age. Although severe vitamin E deficiency is uncommon and generally only occurs with severe malnutrition or fat malabsorption,[3],[4],[5] it has been estimated that 90% of U.S. adults and more than 80% of U.S. children do not consume sufficient amounts of vitamin E.[6],[7]

A 2003 to 2006 survey of more than 18,000 adults found that the average dietary intake of α-tocopherol (TOCO) from food is 7.2 mg/day,[8] far below the Recommended Daily Allowance for adults of 15 mg/day (22.5 IU/day). Because of variable levels of cholesterol and other conditions such as liver disease that affect plasma α-TOCO levels, measurement of this number doesn’t necessarily reflect tissue adequacy.[6]

The protective effect that vitamin E has on cellular membranes also is important for normal, healthy function and signal transduction in cells of the immune system.[9],[10] An innate aspect of immunocyte function is the oxidative stress that they encounter, inherent to their response to pathogens.[11] Studies suggest that vitamin E deficiency also contributes to the age-related decline in T cell function.[12],[13] Interestingly, the impact of vitamin E on T cell activity is in part due to its anti-inflammatory properties, and related to its inhibitory effect on macrophage production of prostaglandin (PG) E2, which increases with age.[14] Direct effects on T cell function have been observed as well.[15] Vitamin E deficiency also adversely affects neutrophil bactericidal activity and phagocyte function and impairs natural killer cell activity.[16],[17]

Conversely, dietary supplementation of vitamin E to animals has been shown to increase levels of interleukin (IL)-2 (which promotes T cell growth and differentiation[18]), interferon (IFN)-γ (which decreases with age[19]),[20] lymphocyte proliferation (in conjunction with decreased levels of PGE2), and the responsiveness of lymphocytes and natural killer cells to stimuli.[21],[22],[23]

The declining function of T cells with age is a factor that not only puts the elderly at an increased risk of infectious disease, it also impairs the effectivity of vaccinations.[24] Given that death from infectious diseases such as pneumonia and influenza already was one of the top ten causes of death in adults over the age of 55 despite the fact that many individuals in this population are vaccinated,[25] we clearly haven’t effectively addressed the infectious disease problem very well. And now, with the COVID-19 pandemic, as much of our hopes for a return to normal in the future are hinged on a successful vaccine, it is imperative that we do everything we can to ensure this vaccine is effective.

Alpha-tocopherol. Multiple studies have assessed the effects of α-TOCO supplementation on the immune response and susceptibility to infections in aging individuals and smokers, two populations at greater risk.

Supplementation of 800 mg of α-TOCO for 30 days to older adults increased the response to the delayed-type hypersensitivity (DHT) test (a common parameter used to assess immune responsiveness in vivo[26]) and increased levels of IL-2.[27] A subsequent study by some of the same researchers looked at the effects of dose, comparing the impact of 60, 200, or 800 mg of α-TOCO taken daily for 4.5 months on immune function of individuals over 65 years of age.[28] Interestingly, it was shown that the immune response was most enhanced by taking 200 mg rather than the higher dosage, finding that at this dose there was a 65% increase in the DTH response and a 6-fold increase in antibody titer to hepatitis B vaccination. An additional study in which α-TOCO was also taken at a dose of 200 mg/day by an elderly population (average age of 70) found that numerous immune parameters (including neutrophil chemotaxis and phagocytosis indices, lymphocyte chemotaxis and proliferation, and natural killer cell activity) were nearly restored to the levels of healthy, younger (average age of 30) controls.[29]

These markers of cellular function and response, of course, are only part of the picture, and the greater questions is what impact α-TOCO has on the occurrence and severity of infectious disease. In these studies, findings are mixed, but generally positive or neutral. In a randomized, double-blind, placebo-controlled trial of elderly nursing home residents, one year of α-TOCO supplementation at a dose of 200 IU/day was shown to have an effect of significantly reducing the number of residents having respiratory infections (all types and upper specifically) and incidence of the common cold.[30]

However, in a non-institutionalized population of individuals over 60 years of age in which only 0.2% were shown to have suboptimal α-TOCO plasma levels, supplementation of 200 mg of α-TOCO did not reduce the incidence of upper respiratory infections over a 15 month period, and several markers of severity were slightly worse.[31] Concerning the worsening effect seen in severity, researchers hypothesized that this might reflect a more effective immune response, or that supplementation of a single nutrient/antioxidant at a higher dosage than necessary in a population without deficiency may lead to an imbalance in antioxidants and thus have a pro-oxidative effect.

An additional population in which the impact of α-TOCO on respiratory infections has been assessed is smokers. Because of the high level of oxidative stress related to smoking, this population has significantly lower levels of vitamin E and higher markers of lipid peroxidation than non-smokers.[32],[33] In one such study, supplementation of 50 mg of α-TOCO daily reduced the incidence of colds in individuals over 65 years of age over a four-year period, with the greatest reductions seen in older city-dwellers who smoked less than 15 cigarettes per day.[34]

In a recent analysis of a large population of male smokers aged 50 to 69 years, it was shown that in otherwise healthy (exercising) smokers who started to smoke at ≥21 years and smoked 5 to 19 cigarettes per day, supplementation of 50 mg of α-TOCO daily reduced the incidence of pneumonia by 69%.[35] In individuals who quit smoking for a period of time during this study, the incidence of pneumonia was also significantly lower (six versus 21 cases) in those taking vitamin E. Overall, in exercising smokers supplementation of α-TOCO significantly reduced the number of cases of pneumonia (ignoring the possible effects of number of cigarettes smoked daily), whereas in non-exercising individuals there was not a benefit.

Tocotrienols. In addition to the TOCO members of the vitamin E family, of which α-TOCO dominates research, α-, β-, γ- and δ-tocotrienols (TTs) also exist. Numerous studies suggest that TTs have superior antioxidant and anti-inflammatory properties, however, thus far they account for less than 5% of vitamin E research as they were discovered in more recent years and are less common in nature.[36] Palm oil is rich in TTs and also contains approximately 30% TOCOs while annatto oil contains 100% TTs with a 90:10 δ:γ ratio. TTs have been shown to deliver numerous benefits particularly for metabolic, cardiovascular, and central nervous system health.[37] In regard to immune function and respiratory health, we also have multiple human and animal studies showing they may be of benefit.

In mice, daily supplementation with TT-rich palm oil significantly improved the response to vaccination, increasing levels of IFN-γ and lymphocyte proliferation.[38] In a four-arm study comparing the effects of a TT-rich blend (TRB) of α-, γ-, and δ-TTs including α-TOCO to δ-TTs, α-TOCO, and placebo, only the groups receiving the TRB or δ-TTs had a significant increase in antibodies to tetanoid toxin after vaccination.[39] Although IFN-γ levels were higher in all mice receiving the different forms of vitamin E than the control, they were highest in those given δ-TTs followed by the TRB. Production of tumor necrosis factor (TNF)-α was suppressed in all vitamin E groups compared to control. In young, healthy humans, daily supplementation with 400 mg of a TRB also containing α-TOCO for one month prior to and after vaccination with tetanoid toxin also significantly enhanced tetanoid toxin-stimulated leukocyte IFN-γ production as well as anti-tetanoid toxin IgG production one month after vaccination compared to the placebo group.[40]

One unique aspect of protection that TTs have demonstrated but α-TOCO has not is reduction of NLRP3 inflammasome activation. Inflammasomes are protein complexes found in the cytosol of cells of the innate immune system and epithelial barrier tissues, such as the airway, intestines, and skin.[42],[43] The NLRP3 inflammasome plays a role in numerous conditions, including the many facets of metabolic syndrome, neurodegenerative disease, respiratory disease, stroke and cardiovascular disease, and certain infectious diseases.[44],[45],[46],[47]

Air pollution and allergies are both factors that can push the NLRP3 inflammasomes of the airway epithelium to a “tipping point” upon which subsequent insults, such as an infection, can have a cascade effect of excessive cytokine production.[48],[49],[50],[51] In animals, systemic inflammatory response syndrome has been shown in multiple conditions to be related activation of the NLRP3 inflammasome.[52],[53]

Multiple studies have shown that γ- and δ-TTs, or a γ-/δ-TT blend, significantly suppress NLRP3 inflammasome activation, and helps protects against NLRP3 inflammasome-related inflammation and development of disease.[54],[55],[56],[57],[58] In critically ill patients, thrice daily administration of a combination of 400 IU of a TT blend with 500 mg of vitamin C (taken by nasogastric or oral administration) was shown clinically to improve numerous parameters associated with systemic inflammatory response syndrome, with better outcomes seen than the group receiving 400 IU of α-TOCO with vitamin C.[59]

Due to their high antioxidant and anti-inflammatory potential, studies have also investigated TTs as therapies for asthma and smoking-related respiratory disease, both conditions in which oxidative stress and inflammation contribute to the pathology. In animals, treatment with TTs has been shown to reduce allergen-triggered inflammatory cell infiltration and multiple markers of inflammation.[60] While the lung histology of non-treated animals showed severe edema and inflammatory cell infiltration, the lungs of the TT-treated mice were healthy and normal appearing. In a study comparing vitamin E isoforms, similar findings related to inflammation and lung histology were shown, with γ-TT performing better than α-TOCO and the other TT isoforms.[61] Multiple cellular studies have also shown that γ-TT inhibits human airway smooth muscle cell proliferation, migration, and phenotype changes that contribute to airway remodeling in asthma.[62],[63]

In mice, γ-TT has also been shown to significantly attenuate the inflammation, oxidative stress, neutrophil infiltration, and lung histology changes caused by cigarette smoke infiltration.[64] After two months of exposure to cigarette smoke, after being given γ-TTs in the final three weeks only, the mice receiving TTs at the highest dose had very little changes in the bronchial epithelium thickness and alveolar diameter – even greater improvements than those receiving prednisone. All aspects of lung function were significantly improved with the highest dose of TTs, again, with many being recovered to a greater extent than those receiving prednisone. It is currently under investigation if TTs may ameliorate lung fibrosis of an inflammatory etiology as several pathways implicated in these tissue changes are similar to hepatic fibrosis,[65] which multiple studies have shown TTs also improve.[66],[67]

Clearly, there are many reasons to consider both α-TOCO and TTs as a part of a protocol to support normal, healthy immune function and the management of related inflammation and oxidative stress. As α-TOCO is well established to ameliorate vitamin E deficiency, it would be prudent to consider its inclusion in a supplement routine to prevent the immune-related changes caused by deficiency, while the TTs offer additional antioxidant and inflammation protection.