It is. McTaggert’s story is a doorway into a sectoral and global hell. The McTaggert piece first reached me from a leader at Consciousness and Healing Initiative for which I serve on a communications team.

Other readers of the Integrator newsletter also tipped me. The news is stark. Changed Google algorithms cut in half traffic on her e-magazine site What Doctors Don’t Tell You. She reported Mercola’s even more devastating losses while also sharing Mercola’s belief that Google’s additional manual manipulation of search targets cut down additional traffic where the algorithms hadn’t already driven in the knives. Why? Via associative laws – such as Google’s investment in pharmaceutical solutions – McTaggert puts big pharma at the calamitous keyboard. Manahan’s e-blast shares that others like author Christiane Northrup, MD agree. McTaggert calls it “a massive concerted effort by Big Tech and giant corporations to censor the information you are allowed to see.”

The ability to create such damage to choice, to freedom, and to health has multiple causes. The most powerful has absolutely nothing to do with alternative, complementary or integrative

medicine, per se. Nor is it connected to a site’s takes on vaccinations, Gwyneth Paltrow’s Goop, the existence of the Biofield or of energy medicine “woo” at any level of science. Nor does it have to do with the internet era, though the web certainly metastasizes its effect.

Rather, the danger enveloping the situation is that we the people have allowed economic power to consolidate into very, very few hands. A few fallible human beings, as curtained as the Wizard of Oz, can flip a switch that is as massive in its reach as it is presently unassailable in its influence.

The information related to so many governments, individuals and organizations have become desaparcidos (disappeared) or are otherwise damaged in Google’s own kind of subway poisoning that their activity has merited its own Wikipedia page: Censorship by Google.

What may seem a digression from the “integrative medicine censorship” theme goes straight to the point? I regret that 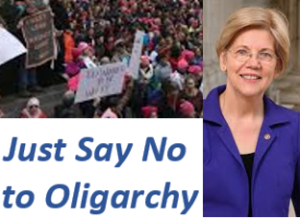 during the 2017 Women’s March I failed to make the sign I wanted to be carrying: Just Say No to Oligarchy. Power and wealth of all kinds are in fewer and fewer hands. Even without the unrestrained internet world’s ability to aggregate something like absolute power (“complete authority to act in an area, not restrained by supervision or review”) such consolidation is problematic. Roughly one hundred twenty years ago a self-respecting citizenry led by the Republican Teddy Roosevelt produced anti-trust laws to diminish the regal sweep of the power of Standard Oil and others. This was the era in which banker JP Morgan bailed out the US government.  Credit present-day presidential candidate Elizabeth Warren for bringing anti-trust action into the 2020 presidential debate as the New York Times reports in “Elizabeth Warren Proposes Breaking Up Tech Giants Like Amazon and Facebook.”

The anti-trust theme and Warren’s work rise again if the focus shifts off the global and national context to the sector called “alternative” or “integrative” medicine. Mercola mentions Warren’s leadership in a post on a gutsy business decision he has made. In Forget Facebook – 3 Reasons to Leave Facebook Immediately, Mercola tells his 1.8-million Facebook followers that he is leaving the site to work via e-mail newsletters. One reason: “Facebook is a monopoly.” He shares how the business CrossFit’s Banting7DayMealPlan with its 1.65-million users was summarily dropped by Facebook. (It was later reinstated.) Mercola notes that Elizabeth Warren’s own “campaign against Facebook was censored by the site” – though also reinstated.

What of smaller, less vocal and less powerful users? One of these, who wished to maintain anonymity, contacted me to note that his site and that of a colleague had each dropped by 50%. Neither was ready to blame Google, perhaps fearing repercussions.

He directed me to a frightening though excellent resource that lays out the pattern of intentional suppression of traffic. The posting by Sayer Ji (pictured above right), the founder of GreenMedInfo, is called Google’s Digital Book Burn: Alternative Medicine Content Now Vanishingly Rare, Despite 1 Billion Health Searches a Day. Credit Ji for the excellent reporting. He provides the chart below. In the time frame he measures, Mercola shows an 84% decline; others are over 90%. 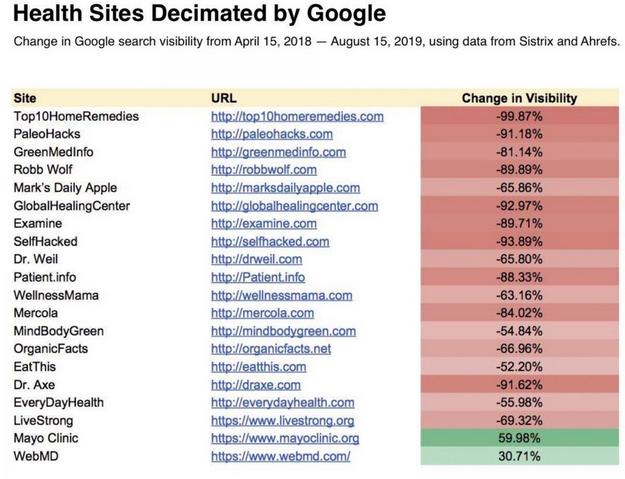 For reference, Ji includes the metrics, at the bottom from Mayo Clinic and WebMD during the same period. They made gains in visibility of 59.98% and 30.71%. There are winners in this game – and they are medicine’s business as usual, even if, like Mayo, they may have an integrative medicine program and show respect for non-pharmacologic approaches.

The whimsical taking – and sometimes giving back – of hard-won virtual real estate is a sort of privately sanctioned right of eminent domain.

Protection from bad natural medicine information does not even appear to be an aim. A surprising finding explored at Self-Hacked.com by its CEO Joe Cohen, B.S. (“Google is Taking Censorship of Health Websites to a New Level”) is that the 94% reduction of traffic on his site is in many cases sending people to sites that are less referenced.  Cohen claims his site is thoroughly evidence-based and more referenced than most “institutional websites”. After walking readers through the evidence on natural remedies for sites at Mayo, Cleveland Clinic and elsewhere, he proceeds to show that the new algorithms are boosting traffic – and thus business – for posts from sites with less history of dedication to evidence. The net effect appears to be to send people to less responsible sites.

The “why” of Google’s action is speculative, and as noted above, associative – linking the actions in a deterministic way to Google’s business decisions in recent years. Here is McTaggert:

In the last six years, Alphabet, Google’s parent company, has set up two pharmaceutical companies: Calico (2013) and Verily Life Sciences (2015). Verily went on to partner with GlaxoSmithKline to create a third innovative drug company called Galvani Bioelectronics … Climb down this hole some more. Mary Ellen Coe, Alphabet’s president of customer solutions, also happens to be on the board of Merck, which happens to manufacture the MMR vaccine. 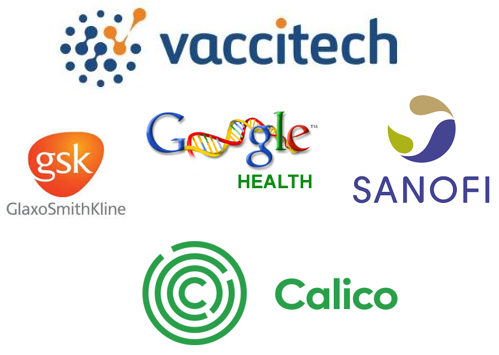 In fact, signs of the coming purge came back in 2016, when GlaxoSmithKline signed a $715 million contract to partner with Google, and with increasing partnerships with pharmaceutical companies in 2019 like Sanofi.  Google’s parent company Alphabet, is heavily invested in a vaccine company, Vaccitech, founded by scientists at Oxford University.

The fact that there are many alternative health sites that grossly oversell claims with no scientific merit made the field an obvious target for anyone interesting in policing fake news. The fact that many people in the alternative and integrative space deal with charges of being unscientific by puffing up their cases with studies of limited relevance doesn’t help. Add to this the insecurities on the other side of the aisle due to multiple questions regarding the poor science for many extremely lucrative practices in regular medicine, then throw in medical deaths and the political-economic dimensions of the challenge to these from the insurgent “alternative” and “integrative” fields. One draws a perfect bullseye for refining the partiality of Google’s censors.

Yet one cannot spend much time on the problem of Google’s action on natural health, alternative and integrative medicine 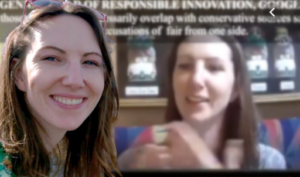 without going back upstream to the larger problem: a very few people in the private sector caucus privately to make very large decisions that change the lives of billions, immediately. It’s deeply disquieting – especially when one realizes that sometimes the deciders at Google are bending the search engines to support outcomes one might like. This right-wing Project Veritas video that includes extensive “gotcha” footage of Jen Gennai, Google’s Head of Responsible Innovation on Google’s strategic choices that drive web activity will make you sit up – even if you may agree with the endpoint of limiting the current president’s chances for re-election. One thinks of the challenge facing Jewish lawyers in the ACLU on defending the rights of neo-nazis to march in Skokie.

I have chosen to use strong language in this column. Driving in the knives. Global hell. Subway poisoning. It’s to make a point: just because it is virtual does not mean there is no blood on the tracks. Picture a 16th-century king decreeing that the lands of some subject they’ve perceived to be disloyal should be confiscated. That they should be stripped of their livelihoods. For many of these businesses, this is hard-won business real estate, guillotined. Meantime, the more significant harm is that in closing access to information, Google and Facebook are closing access to options.

In the video, Google’s Jennai argues that Elizabeth Warren is all wrong with her push for anti-trust action against global behemoths like Google. Jennai believes that trust in Google should be obvious to anyone as a better path than a multitude of smaller firms. Meantime, Self-Hacker CEO Cohen directs readers to other presently less-politicized search engines than Google. Personally, I’d rather have both competition and regulation – via people who can be un-elected. The issue for which McTaggert was Paul Revere for the integrative community isn’t fundamentally an alternative or integrative medicine issue. It’s much bigger. Just say no to oligarchy.