Skip to content
CASE STUDY by Joe R. Veltmann PhD FAAIM DCCN and Roberta Kline MD FACOG, founders of Genoma International. Jessica felt helpless, hopeless and alone. She had just turned 18, realizing her dream of living in the big city, yet something was getting in the way. She struggled with worsening anxiety and depression, felt exhausted.  She had lost all interest in food, friends, activities, and her passion – creating art.  She couldn’t focus in school and her teachers were concerned.  She felt her dream of being a commercial artist slipping away, and knew she needed help. On the recommendation of her therapist, Jessica sought help from a psychiatrist, who felt she would benefit from 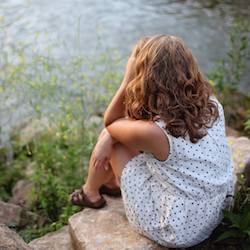 medication. Over the course of the next three months, this is what she experienced: Five days after admission she was discharged with instructions to increase her medication and follow up with her psychiatrist. But Jessica chose a different path. While it would have been so much easier to just be able to manage her symptoms with medication, she intuitively knew this was not the answer. She had to drop out of school to focus on getting healthy, and to find a better way to manage her symptoms. Jessica wanted answers—not an approach that “guessed” what might work for her. Although exhausted and disheartened, she found the strength to look for another solution and found Genomic Medicine – an approach that recognized and validated her unique DNA blueprint, biochemistry and metabolic pathways.

Genomic testing is a cornerstone of genomic medicine. Genomic testing evaluates the DNA code that instructs how the body optimizes nutrients, balances emotional and physical health, processes toxins, and fights infections. Glitches in the code called SNPs, or single nucleotide polymorphisms, can create one or more faulty switches across many different biological systems, causing the system to falter or crash. Studies have documented that multiple gene SNPs within a given biological system can increase a person’s risk for many chronic illnesses such as obesity, cancer, heart disease, as well as depression and anxiety. Unlike inherited diseases which result from rare but significant mutations in the genetic code, SNPs occur with great frequency in human DNA. There are more than 10 million SNPs in the human genome, yet the biological effect of each is small.  Over time, however, these gene SNPs can predispose an individual to a variety of chronic diseases, unless supported by DNA-directed personalized nutrition, lifestyle and medication choices. Prior to the discoveries associated with the Human Genome Project that was completed in 2003, clinicians could only guess how to mitigate a person’s gene SNPs with nutrition, exercise, and lifestyle recommendations.  Today, comprehensive genomic testing allows forward thinking clinicians to develop DNA-guided, personalized disease and prevention strategies improving health outcomes, while saving time and resources for the patient and clinician. When comprehensive genomic testing is combined with functional/integrative medicine and nutrition, all within a whole-person model of health, we call it Genomic Medicine. In our clinic we use a genomic medicine model called the GENESIS MatrixTM Personalized Health Model, developed by Dr. Joe Veltmann more than 25 years ago. The GENESIS Matrix was adapted to include genomic testing in 2001, and continues to be updated as clinical science progresses. The Genesis Matrix is built on the hypothesis that good health (or the lack of it) is a function of the inter-relationships between and among genes, the environment, nutrition, emotions, stress, inflammation and spirituality (belief systems).  A significant number of scientific studies in the literature support this concept.

Genomic testing is part of our overall comprehensive assessment for all new patients, and Jessica was no exception. Suspecting toxicity from her medications was contributing to her recent symptoms, the first priority was to evaluate how she was processing her medications with Genoma International’s pharmacogenomic test panel. We examined the genes involved in processing many types of medications, including the three medications she was currently taking. The testing revealed that Jessica had many SNPs associated with her ability to process each medication.  Moreover, the multi-drug combination was proving particularly toxic to her. With this information, the solution was clear. She decided to stop taking her medications, and after a few weeks started to feel significantly better. Jessica was cautioned against taking any of the numerous medications identified as problematic in her pharmacogenomic testing report, unless her prescribing physician was aware of her unique genotype and could personalize the medication or dosage accordingly. The next step was to look at her nutritional genomic testing results to gain insight into how her genes were contributing to her symptoms, and what nutrition and lifestyle interventions would be effective for her. The findings would also help her new therapist personalize her strategies to understand and manage her symptoms more effectively. With Genoma International’s comprehensive Ultimate Wellness genomic test panel, we analyzed Jessica’s DNA across 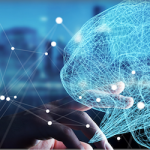 8 biological systems to understand how her body was operating at the DNA level and identify the SNPs that were contributing to her symptoms. Below are just a few highlights from the comprehensive plan we created to address her emotional health: With her unique DNA profile in hand, for the first time Jessica had a personalized road map, helping her and healthcare providers understand her genetic uniqueness, what she needed and why—no longer resorting to trial and error. Gradually Jessica began feeling significantly better. As often happens in response to successful treatment, Jessica started to wonder if she really needed to stick so closely to her plan. As she became more lax, anxiety flared again. She then realized that, for her, managing her anxiety was to be part of her life always. It was part of who she was. But it didn’t have to rule her life. While she couldn’t change her genomic makeup, she could manage her symptoms more effectively by following her DNA-directed plan. Five months after her hospitalization, she was able to return to school. She has since graduated and is now pursuing her dream career as a commercial artist.

For More on Mental Health, A Systems Approach from Genoma International: Click Here

Joe Veltmann, PhD, DCCN, FAAIM, co-founder, Chief Science Officer is a scientist, healthcare practitioner, author, teacher and expert in genomic testing and interpretation. With over 40 years of experience as a researcher and practitioner, Dr. Veltmann has made a career of translating lab results into practical clinical applications for patients around the world. He achieved international recognition as the pioneering developer of the GENESIS Matrix™ holistic health model that explored the interactions between seven key variables to create better preventive health strategies. In 2001, Dr. Veltmann added genomic testing and interpretation to the GENESIS Matrix™ in an effort to uncover predispositions for chronic diseases and cancer, long before symptoms appear. His approach led to improved outcomes for both patients in his private practice as well as the participants in a flagship corporate wellness program.

Dr. Veltmann was also a pioneer in the development of functional medicine, contributing his deep scientific knowledge and clinical experience to the incubator group that eventually became the Institute for Functional Medicine. He currently maintains a clinical consulting practice with Dr. Kline. Previously co-founder and CSO of Genomic Solutions Now and NCG Health Solutions, he brings his expertise in nutritional biochemistry and genomic science, corporate wellness, along with clinical and genomic medicine to Genoma International. 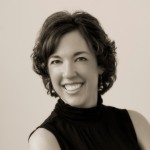 Roberta Kline, MD, FACOG, co-founder, CEO Dr. Kline is a board-certified Ob-Gyn, author, teacher, and entrepreneur with more than 20 years experience in traditional and functional medicine. Frustrated with the limitations of conventional medicine, she transformed her traditional practice by embracing innovative scientific advancements and holistic elements. As she incorporated genomics into her practice, she experienced first-hand the power of an integrated DNA-directed approach. She became an advocate for personalized genomic medicine, working to extend this model beyond her private practice.

Dr. Kline is co-author of Genome-Guided Metabolic Therapies in Metabolic Therapies in Orthopedics, due to be published by CRC Press early 2018. She maintains a clinical consulting practice with Dr. Veltmann. Previously co-founder and CEO of Genomic Solutions Now and NCG Health Solutions, she brings her expertise in practice development and genomic science, along with clinical and genomic medicine to Genoma International.