In the attached article from Integrative Medicine, A Clinician’s Journal, Cardiology Meets 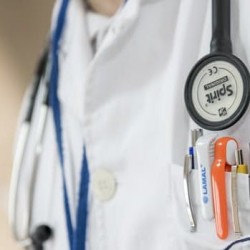 Personalized Lifestyle Medicine, Jeffrey Bland, PhD says “this is an exciting time for medicine.” He writes, “We are witnessing the creation of a new approach to the prevention and treatment of cardiovascular disease. It is an omnigenic approach—powered by systems biology— to assembling patient-specific information about how genes and lifestyle interact.” He is referring to a new field called, Cardiogenomics. Bland writes:

Cardiogenomics is a relatively new term that is being used to describe the use of genomic profiling to assess risk for cardiovascular disease. An example of the advancement in this field is the recognition that polymorphisms of specific genes such as LDLR, APOB, and PCSK9 have been found to be important in establishing individual risk to cardiovascular disease. The functional impact of these genes is known to be influenced by lifestyle, dietary, and environmental factors. For example, PCSK9 was discovered through genetic studies documenting familial hypercholesterolemia, and PCSK9 protein, which is secreted by the liver, binds to the low-density lipoprotein (LDL) receptor and targets it for degradation; this results in alteration in LDL signaling and apoB degradation that contributes to cardiovascular disease risk. Additional research has demonstrated that variations in both the PCSK9 and hydroxymethylglutaryl CoA Reductase (HMGCR) genes contribute to cardiovascular disease risk. Multiple single nucleotide polymorphisms (SNPs) exist for these genes and impart varying degrees of individual risk to cardiovascular disease; it is becoming recognized that SNPs with a more mild influence on the disease phenotype are more significantly influenced by lifestyle, diet, and environmental factors.

Bland writes, “In a recent study looking at the relationship between PCSK9 genetic variants and risk to nonfatal myocardial infarction (MI), it was found that increased consumption of omega-3 polyunsaturated fatty acids was associated with a lower risk in C-allele carriers of PCSK9 rs11206510, but not in the non-C allele carriers. One important implication of this study is that in designing future clinical studies to evaluate the health benefits of omega-3 fatty acid supplementation, stratification for specific genetic responders versus nonresponders might be significant.

Want to know more? The article by Jeffrey Bland, PhD and more on the PCSK9 Variant is available to registered users, complements of our content partner at Integrative Medicine, A Clinician’s Journal.

For more on PCSK9 Variant, see below for a study that Bland refers to in the above mentioned article.

Background: Previous studies have indicated that the cardioprotective effects of long-chain (LC) n-3 (ω-3) polyunsaturated fatty acids (PUFAs) may vary across various ethnic populations. Emerging evidence has suggested that the gene-environment interaction may partly explain such variations.
Proprotein convertase subtilisin/kexin type 9 (PCSK9) was shown to have a mutually regulating relation with LC n-3 PUFAs and also to reduce the risk of cardiovascular diseases (CVDs). Therefore, we hypothesized that certain PCSK9 genetic variants may modify the association between LC n-3 PUFA intake and CVD risk.
Objective: We determined whether a PCSK9 variant (rs11206510), which has been identified for early onset myocardial infarction (MI), modified the association of LC n-3 PUFAs with nonfatal MI risk in Costa Rican Hispanics.
Design: We analyzed cross-sectional data from 1932 case subjects with a first nonfatal MI and 2055 population-based control subjects who were living in Costa Rica to examine potential gene-environment interactions. Two-sided P values <0.05 were considered significant.
Results: We observed a significant interaction between the PCSK9 rs11206510 genotype and LC n-3 PUFA intake on nonfatal MI risk (P-interaction = 0.012). The OR of nonfatal MI was 0.84 (95% CI: 0.72, 0.98) per 0.1% increase in total energy intake from LC n-3 PUFAs in protective-allele (C-allele) carriers, whereas the corresponding OR (95% CI) in non-C-allele carriers was 1.02 (95% CI: 0.95, 1.10). Similar results were observed when we examined the association between docosahexaenoic acid, which is one type of LC n-3 PUFA, and nonfatal MI risk (P-interaction = 0.003).
Conclusion: LC n-3 PUFA intake is associated with a lower risk of nonfatal MI in C-allele carriers of PCSK9 rs11206510 (n = 799) but not in non-C-allele carriers (n = 3188).