Clinical and laboratory evaluations were conducted at the beginning and end of the study. Results showed the 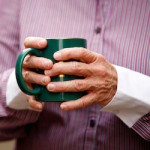 Disease Activity Score 28 (DAS 28 score), and number of tender joints and visual analogue scale (VAS) score decreased notably after supplementation in groups 1 and 2. The combination of n-3 PUFAs and GLA increased GLA, which was undetectable in all groups before the treatments.

Conclusion / In this study, supplementation with both fish oil and GLA resulted in significantly improved clinical variables, and the consumption of fish oil combined with GLA had positive effects in RA patients which were similar or even better than the fish oil supplementation alone, suggesting the combination has a great potential for patients with RA and other chronic inflammatory diseases.

In neurodegenerative diseases such as Alzheimer’s disease (AD) or mild cognitive impairment (pre-dementia phase of AD) changes in cognitive function and memory decline occur quicker than in normal aging. In this study, researchers looked at the effects of 2,200 mg of Omega-3 (n3) fatty acids (FA) taken daily for six months on memory function. 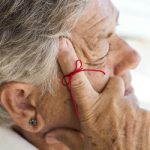 ng LOCATO, a robust and sensitive tool for assessing object-location memory (OLM) in older adults to evaluate the impact of n3-FA on memory and learning formation, they conducted a double-blind placebo-controlled proof-of-concept study. 44 healthy female participants (50-74 yrs) completed before and after OLM-task (testing). As secondary outcome parameters, performance in Rey Auditory Verbal Learning Test (AVLT), dietary habits, omega-3-index, and other blood-derived parameters were assessed. They received either n3-FA or placebo for 26 weeks.

Although n-3 polyunsaturated fatty acids (PUFA) revealed promising therapeutic results in non-alcoholic fatty liver disease (NAFLD), which is considered as the most prevalent cause of chronic hepatic disease, inconsistencies are calling for further confirmatory trials to demonstrate therapeutic efficacy and safety. The study, registered as NCT02201160 on www.clinicaltrials.gov, was designed to compare two groups of NAFLD with a different severity, and to evaluate the efficacy of n-3 PUFA supplementation.

Supplementation of n-3 PUFA for 6 months resulted in a significant increase in concentrations of eicosapentaenoic and docosahexaenoic acids in red blood cells along with an attenuation of hepatic steatosis as reflected by the reduction of the FLI, ALT and ALT/AST ratio. Moreover, the n-3 PUFA improved the lipid profile and carotid intima-media thickness, while reducing metabolic and OxS markers as well as raising adiponectin.

Conclusion / NAFLD severity was essentially related to IR. Treatment with n-3 PUFA has an evidently beneficial effect on liver steatosis and related metabolic abnormalities. Furthermore, the cross association of omega-3 index with cardiometabolic markers may serve as a predictor for cardiovascular risk disorders in NAFLD.