Skip to content
Could you predict a patient’s risk of osteoporosis as early as age 20? A new genetic screening test may be able to predict low bone-mineral density, osteoporosis and fracture risk well prior to clinical symptoms. A study of nearly 400,000 people by Stuart Kim, PhD researcher at Stanford University School of Medicine, published in PLOS One, identified 899 regions in the human genome associated with low bone-mineral density, 613 of which have never before been identified.

People deemed to be at high risk — about 2 percent of those tested — were about 17 times more likely than others to develop osteoporosis and about twice as likely to experience a bone fracture in their lifetimes. In comparison, about 0.2 percent of women tested will have a cancer-associated mutation in the BRCA2 gene, which increases their risk of breast cancer to about six times that of a woman without a BRCA2 mutation.

There are lots of ways to reduce the risk of a stress fracture, including vitamin D, calcium and weight-bearing exercise,” said Stuart Kim, PhD, an 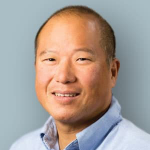 emeritus professor of developmental biology. “But currently there is no protocol to predict in one’s 20s or 30s who is likely to be at higher risk, and who should pursue these interventions before any sign of bone weakening. A test like this could be an important clinical tool.”

Kim originally approached his investigation as a way to help elite athletes or members of the military learn if they are at risk of bone injury during strenuous training. Once he had compiled the results, however, he saw a strong correlation between people predicted to have the highest risk of low bone-mineral density and the development of osteoporosis and fracture.

Two previous studies have shown that there is a genetic component to osteoporosis and that a patient is more likely to develop it with a family history of the condition. In addition to genetics, behaviors, frequency and type of exercise and diet, as well as weight and gender, also play a large role in bone health. Recently, genetic studies on large groups of individuals have shown that hundreds of genes are likely involved, each making its own small contribution to either increased or decreased risk of the disease.

This information could be game changer for predicting low bone mineral-density and fracture risk factors. As Kim points out, bone-mineral density tests are usually only performed on people with a family history of osteoporosis or those who have experienced a recent fracture from a simple fall. “The most common clinical algorithm used to detect or predict osteoporosis is called FRAX,” Kim said. “But the catch is that the two largest components of the FRAX algorithm are bone-mineral density and prior fracture. So it’s kind of a circular argument.”

Kim analyzed the genetic data and health information of nearly 400,000 people in the UK Biobank — a vast compendium of de-identified information freely available to public health researchers around the world. For each participant, Kim collected data on bone-mineral density, age, height, weight and sex, as well that participant’s genome sequence. He then developed a computer algorithm to identify naturally occurring genetic differences among people found with low bone-mineral density.

It would be a relatively simple measure to identify those who should have their bone-mineral density tested and perhaps take steps at an early age to ensure their future bone health.

Using the algorithm, Kim was able to identify 1,362 independent differences, or single-nucleotide polymorphisms, that correlated with low bone-mineral density readings. He then used a machine-learning method called LASSO, developed in 1996 by Stanford professor of biomedical data science and of statistics Robert Tibshirani, PhD, to further hone the data.

The resulting algorithm assigned a score to each of the nearly 400,000 participants to indicate their risk of low bone-mineral density; subsequent analyses showed that those in the bottom 2.2 percent of these scores were 17 times more likely than their peers to have been diagnosed with osteoporosis and nearly twice as likely to have experienced a bone fracture.

According to the study text: Since low bone mineral density is a risk factor for bone fracture, the risk scores for estimated heel bone mineral density (eBMD) were compared to incidence of fracture. There were 59,378 participants in the UK Biobank that had bone fracture of any type; the cases of fracture were identified by self-reported responses to a questionnaire (47,494 individuals) or by inpatient electronic health records (23,686 individuals)(S6 Table). The incidence of fracture data was not used to either select SNPs or to train the genetic risk scores, so the genetic risk scores were tested on the entire genotyped UK Biobank population.

“The analysis worked really well,” Kim said. “This is one of the largest genomewide association studies ever completed for osteoporosis, and it clearly shows the genetic architecture that underlies this important public health problem.”

Kim is now planning to arrange a clinical trial to investigate whether elite athletes and select members of the military identified by the algorithm as being at high risk for osteoporosis and potential fracture can increase their bone-mineral density with simple preventive measures. He’s also interested in conducting a similar study among younger people with no obvious clinical symptoms of bone weakening.

“Fifteen million people in this country have already accessed their genome sequences using direct-to-consumer testing services,” Kim said. “I think this analysis has the potential to become the standard of care in the coming years. It would be a relatively simple measure to identify those who should have their bone-mineral density tested and perhaps take steps at an early age to ensure their future bone health.”