It is widely understood that the intestine and the brain are closely connected via the brain-gut axis, which is includes bidirectional communication through the neural, endocrine and immune pathways. As this study shows, the communication occurs because of interactions with the intestinal microbiota. They release immune activating and other signaling molecules that play a role in brain regulation and behavior. 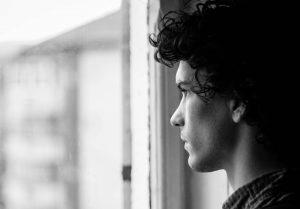 In this study, A randomized controlled trial to test the effect of multispecies probiotics on cognitive reactivity to sad mood, published in Brain, Behavior and Immunity, researchers sought to assess the possible beneficial effects of probiotics on cognitive reactivity to sad mood, which is a vulnerability marker for depression. The study included 20 healthy individuals without any current mood disorder, who underwent a 4-week intervention period, during which they were supplied with either probiotics or an inert placebo. The probiotics included multispecies containing different strains and species of the genera Lactobacillus, Lactococcus and Bifidobacterium.

Abstract: Recent insights into the role of the human microbiota in cognitive and affective functioning have led to the hypothesis that probiotic supplementation may act as an adjuvant strategy to ameliorate or prevent depression.

Design: In a triple-blind, placebo-controlled, randomized, pre- and post-intervention assessment design, 20 healthy participants without current mood disorder received a 4-week probiotic food-supplement intervention with the multispecies probiotics, while 20 control participants received an inert placebo for the same period. In the pre- and post-intervention assessment, cognitive reactivity to sad mood was assessed using the revised Leiden index of depression sensitivity scale. 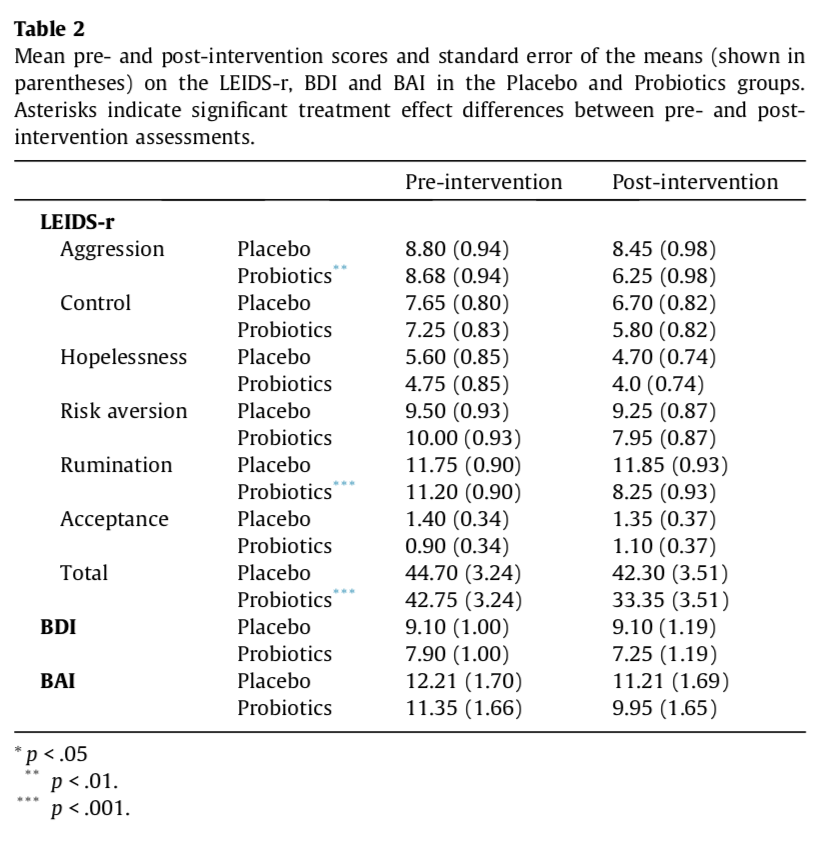 Conclusion: The present study demonstrated, for the first time, that a 4-week multispecies probiotic intervention has a positive effect on cognitive reactivity to naturally occurring changes in sad mood in healthy individuals not currently diagnosed with a depressive disorder. More specifically, the probiotic intervention reduced aggressive and ruminative thoughts in response to sad mood.

These findings provide information on a cognitive mechanism that may be responsible for the positive mood effects of probiotic supplementation (Benton et al., 2006; Rao et al., 2009; Messaoudi et al., 2011; Logan and Katzman, 2005; Tillisch, 2014). Future studies should investigate the neurobiological underpinnings of these observed effects and test the applicability of the current findings to high-risk and clinical populations.