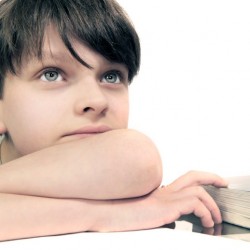 In an age where attention spans are short and activity levels are low for teen boys, a new study shows citicoline may improve concentration and motor speed. The randomized, double-blinded, placebo-controlled human clinical trial conducted by The Brain Institute, at the University of Utah, was presented at the annual American Society of Clinical Psychopharmacology conference in Hollywood, FL. It found that adolescent males experienced increased motor speed and attention after supplementation of citicoline. Another study on adult males and citicoline, also released in July 2014, found similar results.

The Utah trial involved 75 adolescent males over a 28-day period in which the citicoline, a known cognitive-enhancing nutrient, was administered. The research reported that the individuals who were administered citicoline showed multiple improved cognitive domains, which includes measures of attention and motor speed.

Citicoline (CDP-choline; cytidine 5’-diphosphocholine) is a nucleotide that plays an important role in cellular metabolism. It has a number of putative mechanisms of action, including as a phospholipid precursor for neuronal membrane repair, for prevention of beta-amyloid deposition, and for promotion of neurotransmitter systems. Citicoline has been used therapeutically for stroke, traumatic brain injury, and cognitive dysfunction in the elderly, and it is available as a dietary supplement in the United States and Japan.

Although citicoline has been the subject of previous trials, the nutrient has undergone limited research dedicated to healthy adolescent populations 1, 2, 3. Lead researcher, Dr. Deborah Yurgelun-Todd, Professor of Psychiatry at the University of Utah, said, “the study finally sheds a light on the cognitive-enhancing effects of citicoline in healthy, adolescent individuals, which is something we at The Brain Institute have never done before.” Typically, research around citicoline involves adults with neurological deficits.

Here are the study findings:

A similar study, also released in July 2014 and published in the International Journal of Food Science and Nutrition, examined the neurocognitive and electrophysiological effects of a citicoline-caffeine-based beverage in 60 healthy adult participants enrolled in a randomized, double-blind, placebo-controlled trial. Compared to placebo, participants receiving the citicoline-caffeine beverage exhibited significantly faster maze learning times and reaction times on a continuous performance test, fewer errors in a go/no-go task and better accuracy on a measure of information processing speed.