Prenatal Exposure to Flame Retardants Linked to IQ and ADHD 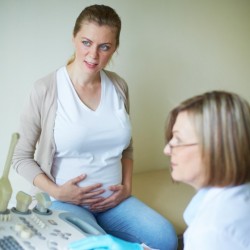 Prenatal exposure to flame retardants may be as concerning as lead exposure to children’s brain development. A new study involving Simon Fraser University researchers has found that prenatal exposure to flame retardants can be significantly linked to lower IQs and greater hyperactivity in five-year-old children. The findings are published online today in the journal Environmental Health Perspectives. Researchers say their results confirm earlier studies that found PBDEs, which are routinely found in pregnant women and children, may be developmental neurotoxicants.

The researchers found that a 10-fold increase in polybrominated diphenyl ethers (PBDEs) concentrations in early pregnancy, when the fetal brain is developing, was associated with a 4.5 IQ decrement, which is comparable with the impact of environmental lead exposure.

SFU health sciences professor Bruce Lanphear is part of the research team that measured the levels of PBDEs in 309 U.S. women at 16 weeks of pregnancy, and followed their children to the age of five.

PBDEs have been widely used as flame retardants in furniture, carpet padding, car seats and other consumer products over the past three decades. While most items containing PBDEs were removed voluntarily from the market a decade ago, some are still in commerce and others persist in the environment and human bodies. Nearly all homes and offices still contain some PBDEs.

“The results from this and other observational human studies support efforts to reduce Penta-BDE exposures, especially for pregnant women and young children,” says Lanphear. “Unfortunately, brominated flame retardants are persistent and North Americans are likely exposed to higher PBDE levels than people from other parts of the world. Because of this, it is likely to take decades for the PBDE levels in our population to be reduced to current European or Asian levels.” 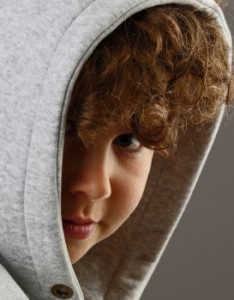 the list of banned Persistent Organic Pollutants (POPs) due to concerns over toxicity in wildlife and mammals in 2009. While PBDEs were voluntarily withdrawn from the U.S. market in 2004, products manufactured before then may still contain PBDEs, which can continue to be released into the environment and accumulate via indoor dust.

The latest research highlights the need to reduce inadvertent exposure to PBDEs in the home and office environment (e.g., via dust), and in diet (e.g., via fish or meat products), to avert potential developmental neurotoxicity in pregnant women and young children.

Lanphear says additional research is needed to highlight the impact of PBDE exposure on the developing brain. He also notes that it is important to investigate related chemicals and other flame retardants used to replace PBDEs.

The study was carried out by researchers from SFU, the University of Cincinnati, the Cincinnati Children’s Hospital Medical Centre, the B.C. Children’s and Women’s Hospital, and the Centre for Disease Control and Prevention in Atlanta, Georgia. The National Institute of Environmental Health Sciences funded the research.