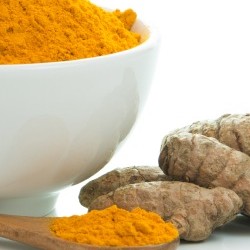 Because Alzheimer’s disease is the cause of around two-thirds of dementia cases, worldwide, most of the research focus has been on progressive deficit in memory and cognitive ability, leading to deterioration of mood, motivation, language, immunity, and behavior. However, the progress of the disease is not confined to the central nervous system. Alzheimer’s disease also involves damage to the peripheral organs, including the spleen, liver, lungs, kidneys, and brain stem. These co-pathologies are what make Alzheimer’s ultimately fatal.

A mouse study, published in Antioxidants, demonstrates the antioxidant, anti-inflammatory, and anti-amyloid properties of curcumin, which could reduce the risk of abnormalities in peripheral organs of sufferers of Alzheimer’s disease.

Though the potential for curcumin has been well proven, the bioavailability has always been a concern. The researchers concluded that the type of curcumin used in this study was bioavailable to most of the peripheral organs and that micromolar levels of it can protect against degenerative changes in liver, kidney, spleen and lungs of 3xTg and 5xFAD mice.

According to a press statement from the company that makes CURCUGREEN’s (BCM-95) used in this study: “One of the primary advantages of CURCUGREEN’s (BCM-95) curcuminoid compounds is the unusually high bioavailability. Curcuminoid compounds typically have poor solubility in most body fluids, limiting their bioavailability. However, free curcumin levels achieved with the bioavailable formulation of curcuminoids and essential oil of turmeric in CURCUGREEN (BCM-
95) proved to be about 200-to-300 times more prevalent in the blood, brain, liver and kidney than levels reported for natural curcumin in other studies, demonstrating unprecedented bioavailability.”

Also, as this study reiterated, AD causes collective degenerative changes, as evidenced by splenomegaly, shrinkage of kidneys, huge emergence of monocytes and neutrophils in the spleen, and increased lung tissue damage. This suggests the development of an immunological dysfunction in the 3xTg and 5xFAD mice. However, these pathological dysfunctions were ameliorated by the treatment.

CONCLUSION/ Collectively, these findings confirm that AD pathogenesis is not confined to the central nervous system, but it also involves metabolic dysfunction in the peripheral organs, and the treatments with this specific form of curcumin may prevent these changes. Further human clinical studies are needed to confirm the results.