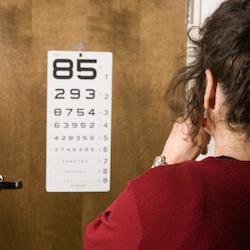 For the first time, researchers have successfully used stem cells from human embryonic stem cells (hESC) to treat vision loss from various forms of macular degeneration. The clinical trial, published in The Lancet, provides the first evidence of the medium-term to long-term safety and tolerability of transplanting hESCs in humans. In the study’s 18 patients, each with different forms of macular degeneration, the transplant appeared safe up to 3 years post-transplant, and the technology restored some sight in more than half of the patients. Participants in this study reported a notable improvement in their general vision, near and distance activities, and peripheral vision. According to reports, patients were able to regain some measure of quality of life, such as traveling alone and even horseback riding.

This study is a significant advancement, but the small size and lack of controls leaves questions as to whether it will a solution on a larger scale. According to co-lead author Professor Steven Schwartz from the Jules Stein Eye Institute, Los Angeles, USA, “Our results suggest the safety and promise of hESCs to alter progressive vision loss in people with degenerative diseases and mark an exciting step towards using hESC-derived stem cells as a safe source of cells for the treatment of various medical disorders requiring tissue repair or replacement.” 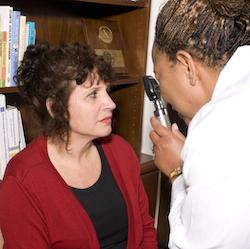 Although hESC have been extensively studied in vitro and in animals for more than three decades, there have been no reports until now of the assessment of their long-term safety and potential effectiveness in treating human disease. “Embryonic stem cells have the potential to become any cell type in the body, but transplantation has been complicated by problems including the risk of teratoma formation and immune rejection”, explains lead author Professor Robert Lanza, Chief Scientific officer at Advanced Cell Technology in the USA. “As a result, immunoprivileged sites (that do not produce a strong immune response) such as the eye have become the first parts of the human body to benefit from this technology.”

Writing in a commentary, Anthony Atala, Director of the Wake Forest Institute for Regenerative Medicine, Wake Forest School of Medicine, Winston-Salem, NC, USA says, “The work by Schwartz and colleagues is a major accomplishment, but the path to get to this point has not been smooth. Since the discovery of hESC in 1998, much has transpired, including political, ethical, and scientific debates, with an overall push to achieve the promise of human therapies. Now, we have follow-up that extends to longer than 3 years in patients treated with hESC-derived stem cells, showing both safety and apparent efficacy … Much work remains to be done before hESC and induced pluripotent stem cell therapies go beyond regulatory trials, but the path is now set in motion.”

Since the technology was first introduced, ethical concerns have dominated hESC because the human embryo is destroyed in the process. In this case, the researchers obtained the eight stem cells from a fertility clinic, from embryos that were destined to be destroyed. They extracted a single cell and replicated it in the lab and converted some of the cells into retinal pigment epithelium (RPE), which were then injected into the eye.

The study authors note that ESC has been proposed for the treatment myocardial regeneration after myocardial infarction, islet cell replacement in patients with diabetes, and neural cell replacement in ischaemic stroke, Parkinson’s disease, and Alzheimer’s disease. However, diseases affecting the eye are
attractive for this first phase of human applications because of its immunoprivileged nature (ability to tolerate foreign antigens or non-histocompatible cells without eliciting an immune response).

Methods:  In the USA, two prospective phase 1/2 studies were done to assess the primary endpoints safety and tolerability of subretinal transplantation of hESC-derived retinal pigment epithelium in nine patients with Stargardt’s macular dystrophy (age >18 years) and nine with atrophic age-related macular degeneration (age >55 years). Three dose cohorts (50 000, 100 000, and 150 000 cells) were treated for each eye disorder. Transplanted patients were followed up for a median of 22 months by use of serial systemic, ophthalmic, and imaging examinations. The studies are registered with ClinicalTrials.gov, numbers NCT01345006 (Stargardt’s macular dystrophy) and NCT01344993 (age-related macular degeneration).

Findings: There was no evidence of adverse proliferation, rejection, or serious ocular or systemic safety issues related to the transplanted tissue. Adverse events were associated with vitreoretinal surgery and immunosuppression. 13 (72%) of 18 patients had patches of increasing subretinal pigmentation consistent with transplanted retinal pigment epithelium. Best-corrected visual acuity, monitored as part of the safety protocol, improved in ten eyes, improved or remained the same in seven eyes, and decreased by more than ten letters in one eye, whereas the untreated fellow eyes did not show similar improvements in visual acuity. 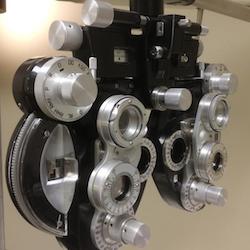 Results: Vision-related quality-of-life measures increased for general and peripheral vision, and near and distance activities, improving by 16–25 points 3–12 months after transplantation in patients with atrophic age-related macular degeneration and 8–20 points in patients with Stargardt’s macular dystrophy.

Interpretation The results of this study provide the first evidence of the medium-term to long-term safety, graft survival, and possible biological activity of pluripotent stem cell progeny in individuals with any disease. The results suggest that hESC-derived cells could provide a potentially safe new source of cells for the treatment of various unmet medical disorders requiring tissue repair or replacement.