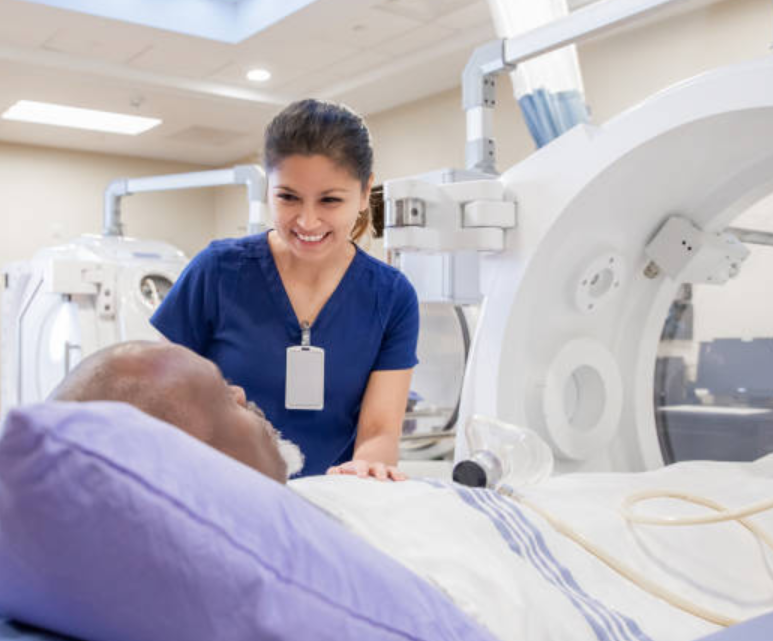 A study from Tel Aviv University (TAU) and the Shamir Medical Center in Israel indicates that hyperbaric oxygen treatments (HBOT) in healthy aging adults can reverse the aging of blood cells and essentially reverse the cellular aging process.

The researchers found that a unique protocol of treatments with high-pressure oxygen in a pressure chamber can reverse two major processes associated with aging and its illnesses: the shortening of telomeres and the accumulation of old and malfunctioning cells in the body. Focusing on immune cells containing DNA obtained from the participants’ blood, the study discovered a lengthening of up to 38% of the telomeres, as well as a decrease of up to 37% in the presence of senescent cells.

The study was led by Professor Shai Efrati of the Sackler School of Medicine and the Sagol School of Neuroscience at TAU and Founder and Director of the Sagol Center of Hyperbaric Medicine at the Shamir Medical Center; and Dr. Amir Hadanny, Chief Medical Research Officer of the Sagol Center for Hyperbaric Medicine and Research at the Shamir Medical Center. The clinical trial, published in Aging, was conducted as part of a comprehensive Israeli research program that targets aging as a reversible condition.

“For many years our team has been engaged in hyperbaric research and therapy – treatments based on protocols of exposure to high-pressure oxygen at various concentrations inside a pressure chamber,” Professor Efrati explains. “Our achievements over the years included the improvement of brain functions damaged by age, stroke or brain injury.

“In the current study we wished to examine the impact of HBOT on healthy and independent aging adults, and to discover whether such treatments can slow down, stop or even reverse the normal aging process at the cellular level.”

The findings indicated that the treatments actually reversed the aging process in two of its major aspects: The telomeres at the ends of the chromosomes grew longer instead of shorter, at a rate of 20%-38% for the different cell types; and the percentage of senescent cells in the overall cell population was reduced significantly – by 11%-37% depending on cell type.

“Today telomere shortening is considered the ‘Holy Grail’ of the biology of aging,” Professor Efrati says. “Researchers around the world are trying to develop pharmacological and environmental interventions that enable telomere elongation. Our HBOT protocol was able to achieve this, proving that the aging process can in fact be reversed at the basic cellular-molecular level.”

“Until now, interventions such as lifestyle modifications and intense exercise were shown to have some inhibiting effect on telomere shortening,” Dr. Hadanny adds. “But in our study, only three months of HBOT were able to elongate telomeres at rates far beyond any currently available interventions or lifestyle modifications. With this pioneering study, we have opened a door for further research on the cellular impact of HBOT and its potential for reversing the aging process.”

Conclusion/ In summary, the study indicates that HBOT can induce significant senolytic effects, including significant increased telomere length and clearance of senescent cells in aging populations.