Larry Weisenthal, M.D., Ph.D., announced today (July 22) new unpublished findings that may lead to a better understanding on the cause of atherosclerosis. Dr. Weisenthal, a physician and researcher, says he discovered a previously unknown biological mechanism that accounts for vascular calcification, or hardening of the arteries. Dr. Weisenthal has named the new mechanism MCED (pronounced EM-sed), or Massively Calcified Endosome Death. He feels that by addressing MCED, it should be possible to stop vascular calcification from occurring, even among individuals with high cholesterol. 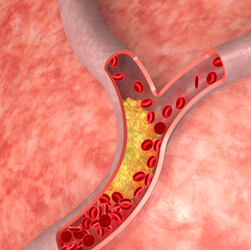 “Cholesterol levels probably won’t matter,” says Dr. Weisenthal, “at the end of the day the most important cause of arterial blockage may be the presence or absence of circulating MCED factors.”

According to his report, Dr. Weisenthal discovered that, under some circumstances, artery-forming cells, called endothelial cells, die in a unique way that involves the release of highly calcified micro-particles. These escape from dying endothelial cells and trigger the body’s normal immune response. This causes inflammation within the blood vessel and narrows the opening through which blood flows. He contends that MCED is the cause of arterial inflammation.

Exposure of endothelial cells to non-specific toxins or other physical stresses induces death by traditional apoptotic and non-apoptotic mechanisms, common to most different types of cells. In contrast, exposure of endothelial cells (but not other types of nucleated cells) to specific insults, such as oxidized pathogenic lipids (e.g. 7-ketocholesterol) or agents with known anti-angiogenic activity (e.g. bevacizumab, certain tyrosine kinase inhibitors, etc.) triggers cell death via a novel pathway, which involves the formation of massively calcified endosomes, which, in turn, escape from the dying endothelial cells as massively calcified exosomes.

Weisenthal writes that his discovery of MCED was unanticipated.  “It resulted from our work with primary cultures of fresh human tumor cell clusters.  As we discovered, these clusters invariably contain microcapillary cells.  Our cell culture media are optimized for tumor cells and not for endothelial cells.  Thus the media permitted MCED to occur,” he writes. 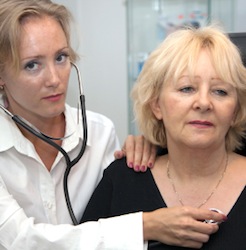 He reports that his laboratory experiments show certain chemicals such as cholesterol can cause MCED to occur – but not in everyone. Blood drawn from different persons varies widely in the ability to prevent MCED from occurring. Experiments showed that sera obtained from different patients vary widely in the ability to support or inhibit MCED.  This may account for the wide variance of risk for atherosclerotic vascular disease which is known to exist among patients whose clinical risk factors are otherwise ostensibly identical.

“That’s the importance of this work,” says Dr. Weisenthal, “It answers the most important questions relating to the genesis of atherosclerosis and identifies the target for specific drugs to prevent and treat it.” Importantly, only endothelial cells are subject to this particular form of cell death. No other cell Dr. Weisenthal has tested can be made to die in exactly this way.