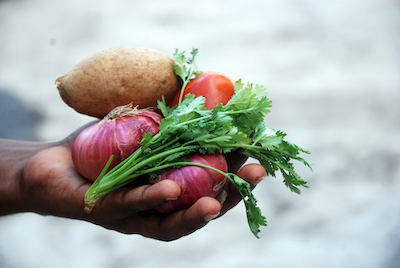 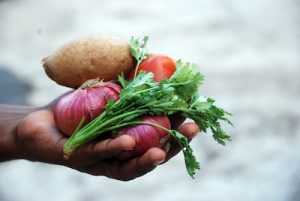 constantly come to mind when your patients shop for produce in the grocery story or farmer’s market. While it seems intuitive to want to eat fewer pesticides, are there health advantages, such as reducing one’s risk of the biggest health fear of all, cancer? The question is simple, the answers are complex. This article reviews the findings of a recent study in JAMA Internal Medicine on organic food consumption and cancer risk.

A group of French researchers, from the NutriNet-Santé Prospective Cohort Study, took on this complicated issue and specifically examined whether eating primarily organic foods can lower one’s risk of cancer. Julia Baudry, PhD, an epidemiologist at Institut National de la Sante et de la Recherche Medicale in France, led a team of researchers who looked at the diets of 68,946 French adults, 78% were women with a mean age of 44.

It now seems important to evaluate chronic effects of low-dose pesticide residue exposure from the diet and potential cocktail effects at the general population level. In particular, further research is required to identify which specific factors are responsible for potential protective effects of organic food consumption on cancer risk.”

Consumption frequencies of organic foods were reported using the following 8 modalities: (1) most of the time, (2) occasionally, (3) never (“too expensive”), (4) never (“product not available”), (5) never (“I’m not interested in organic products”), (6) never (“I avoid such products”), (7) never (“for no specific reason”), and (8) “I don’t know.” For each product, researchers allocated 2 points for “most of the time” and 1 point for “occasionally” (and 0 otherwise). The 16 components were summed to provide an organic food score (range, 0-32 points). At study inclusion, dietary intake was assessed using three 24-hour records, randomly allocated over a 2-week period, including 2 weekdays and 1 weekend day, with a validated method.

Results / Among 68 946 participants (78.0% female; mean [SD] age at baseline, 44.2 [14.5] years), 1340 first incident cancer cases were identified during follow-up, with the most prevalent being 459 breast cancers, 180 prostate cancers, 135 skin cancers, 99 colorectal cancers, 47 non-Hodgkin lymphomas, and 15 other lymphomas. The researchers concluded that high organic food scores were inversely associated with the overall risk of cancer.

Dr. Baudry and her colleagues reported that among participants who ate organic foods, they were 73% less likely to develop non-Hodgkin lymphoma and 21% less likely to develop post-menopausal breast cancer. The research also showed that among those who ate poor diets (low-to medium quality), yet consumed organic food, they too had a reduced risk of cancer.

Discussion / Does this most recent study confirm there is a correlation between organic food consumption and reduced cancer risk? The study is significant in that while there have been number of studies on occupational exposure to pesticides, this is one of less than a handful of large-scale studies of the general population. In a podcast interview Baudry said that while previous studies looked at occupational workers exposure to pesticides, there is a need to look at consumer behaviors and cancer risk (see below for podcast). Baudry said, this study shows, “We need to focus on more on the relationship between pesticide exposure at different levels in indigenous populations and lymphoma.”

In an invited commentary, Organic Foods for Cancer Prevention—Worth the Investment?, Jorge E. Chavarro, MD notes that this study’s results fall in line with both the UK Million Women Study (623,080 women) and a 2015 decision by the International Agency for Research on Cancer on lymphoma risk. The International Agency for Research on Cancer found there is enough evidence from occupational exposure in humans and laboratory studies that three pesticides frequently used in agriculture—glyphosate, malathion, and diazinon—are carcinogenic to humans, all specifically related to lymphoma.

The lymphoma finding is consistent with previous studies of occupational exposure and findings from the Million Women Study6 in the United Kingdom, which also linked self-reported organic food intake to a 21% lower risk of non-Hodgkin lymphoma. These consistent results indicate that the association between pesticide exposure at levels observed in the general population and lymphoma risk is worth further study. However, the Million Women Study also found that organic food consumption was linked to a slightly increased breast cancer risk, which raises questions about the meaning of these findings.” ~ Jorge E. Chavarro, MD.

In his commentary, Chavarro says the study’s large sample size, prospective design and modest loss in participants during the follow up are notable. However, since the study does not include socioeconomic factors, such  as specific reasons people do not consume organic foods, there could be an unknown bias that influenced the findings. He also says this study is not designed to adequately measure pesticide exposure from individual foods and how that may affect cancer risk. For instance, some foods are more prone to pesticide use, such as strawberries, which means frequent consumption could present greater risk.

However, he says this study provides evidence that more studies are warranted and this topic should be of great importance to the health, medical and agricultural communities. “The study by Baudry et al provides justification for future studies to create validated tools to assess organic food consumption and investigate its association with cancer risk. More research in this area is urgently needed because cancer is a serious public health challenge and foods containing pesticide residues are widely consumed. If future studies provide more solid evidence supporting the consumption of organic foods for cancer prevention, measures to lower costs and ensure equitable access to organic products will be crucial,” said Dr. Chavarro.