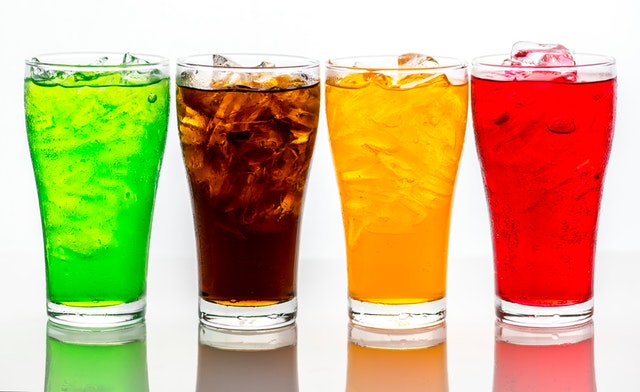 For years high fructose corn syrup has been vilified to the point where cities are placing sugar-taxes on sugary drinks. One common hypothesis is that sugar directly feed cancers and boosts their growth? But is there proof?

Baylor College of Medicine researchers, along with colleagues at Weill Cornell Medicine, say the answer is ‘Yes,” 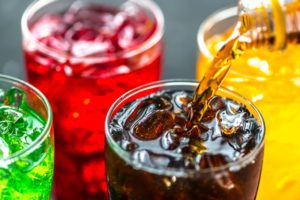 but only for mice, at least in this study. Their study, published in Science, shows that consuming one 12-ounce high fructose corn syrup beverage per day accelerates the growth of intestinal tumors in mouse models of the disease, independently of obesity. The researchers make observations that this may be why younger adults are increasingly being diagnosed with colon cancer. They also discovered the mechanism by which the consumption of sugary drinks can directly feed cancer growth, suggesting potential novel therapeutic strategies.

“An increasing number of observational studies have raised awareness of the association between consuming sugary drinks, obesity and the risk of colorectal cancer,” said co-corresponding author Dr. Jihye Yun, assistant professor of molecular and human genetics at Baylor. “The current thought is that sugar is harmful to our health mainly because consuming too much can lead to obesity. We know that obesity increases the risk of many types of cancer including colorectal cancer; however, we were uncertain whether a direct and causal link existed between sugar consumption and cancer. Therefore, I decided to address this important question when I was a postdoc in the Dr. Lewis Cantley lab at Weill Cornell Medicine.”

First, Yun and her colleagues generated a mouse model of early-stage colon cancer where APC gene is deleted. “APC is a gatekeeper in colorectal cancer. Deleting this protein is like removing the breaks of a car. Without it, normal intestinal cells neither stop growing nor die, forming early stage tumors called polyps. More than 90 percent of colorectal cancer patients have this type of APC mutation,” Yun said.

When the researchers provided the sugary drink in the water bottle for the APC-model mice to drink at their will, mice rapidly gained weight in a month. To prevent the mice from being obese and mimic humans’ daily consumption of one can of soda, the researchers gave the mice a moderate amount of sugary water orally with a special syringe once a day. After two months, the APC-model mice receiving sugary water did not become obese, but developed tumors that were larger and of higher-grade than those in model mice treated with regular water.

“These results suggest that when the animals have early stage of tumors in the intestines — which can occur in many young adult humans by chance and without notice — consuming even modest amounts of high-fructose corn syrup in liquid form can boost tumor growth and progression independently of obesity,” Yun said. “Further research is needed to translate these discovery to people; however, our findings in animal models suggest that chronic consumption of sugary drinks can shorten the time it takes cancer to develop. In humans, it usually takes 20 to 30 years for colorectal cancer to grow from early stage benign tumors to aggressive cancers.”

“This observation in animal models might explain why increased consumption of sweet drinks and other foods with high sugar content over the past 30 years is correlating with an increase in colorectal cancers in 25 to 50-year-olds in the United States,” said Cantley, co-corresponding author, former mentor of Yun and professor of cancer biology in medicine and director of the Sandra and Edward Meyer Cancer Center at Weill Cornell Medicine.

The team then investigated the mechanism by which this sugar promoted tumor growth. They discovered that the APC-model mice receiving modest high-fructose corn syrup had high amounts of fructose in their colons. “We observed that sugary drinks increased the levels of fructose and glucose in the colon and blood, respectively and that tumors could efficiently take up both fructose and glucose via different routes.”

Using cutting-edge technologies to trace the fate of glucose and fructose in tumor tissues, the team showed that fructose was first chemically changed and this process then enabled it to efficiently promote the production of fatty acids, which ultimately contribute to tumor growth.

They also found that an enzyme in tumors (ketohexokinase) converts fructose to fructose-1-phosphate, which alters tumor cell metabolism and leads to enhanced cell growth. Whether a similar process occurs in humans remains to be seen.

“Most previous studies used either glucose or fructose alone to study the effect of sugar in animals or cell lines. We thought that this approach did not reflect how people actually consume sugary drinks because neither drinks nor foods have only glucose or fructose. They have both glucose and fructose together in similar amounts,” Yun said. “Our findings suggest that the role of fructose in tumors is to enhance glucose’s role of directing fatty acids synthesis. The resulting abundance of fatty acids can be potentially used by cancer cells to form cellular membranes and signaling molecules, to grow or to influence inflammation.”

“This study revealed the surprising result that colorectal cancers utilize high-fructose corn syrup, the major ingredient in most sugary sodas and many other processed foods, as a fuel to increase rates of tumor growth,” Cantley said. “While many studies have correlated increased rates of colorectal cancer with diet, this study shows a direct molecular mechanism for the correlation between consumption of sugar and colorectal cancer.”

“Our findings also open new possibilities for treatment,” Yun said. “Unlike glucose, fructose is not essential for the survival and growth of normal cells, which suggests that therapies targeting fructose metabolism are worth exploring. Alternatively, avoiding consuming sugary drinks as much as possible instead of relying on drugs would significantly reduce the availability of sugar in the colon.”

While further studies in humans are necessary, Yun and colleagues hope this research will help to raise public awareness about the potentially harmful consequences consuming sugary drinks has on human health and contribute to reducing the risk and mortality of colorectal cancer worldwide.

Conclusion/ The HFCS-treated mice showed a substantial increase in tumor size and tumor grade in the absence of obesity and metabolic syndrome. HFCS increased the concentrations of fructose and glucose in the intestinal lumen and serum, respectively, and the tumors transported both sugars. Within the tumors, fructose was converted to fructose-1-phosphate, leading to activation of glycolysis and increased synthesis of fatty acids that support tumor growth. These mouse studies support the hypothesis that the combination of dietary glucose and fructose, even at a moderate dose, can enhance tumorigenesis. Whether a similar process occurs in humans remains to be seen.

This study was supported by the National Institutes of Health, Stand Up 2 Cancer, the Cancer Prevention and Research Institute of Texas and the National Cancer Institute.