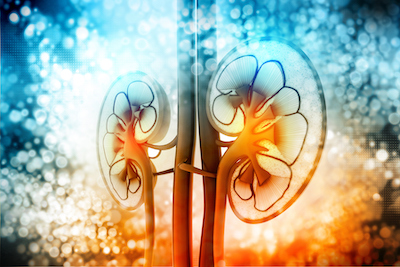 Physicians at City of Hope, working in collaboration with scientists at Translational Genomics Research Institute (TGen), have found that greater gut microbial diversity in patients with metastatic kidney cancer is associated with better treatment outcomes on Food and Drug Administration-approved immunotherapy regimens. Their findings are outlined in a study published in the journal European Urology.

“We also reported the changes over time in the gut microbiome that occur during the course of therapy — the cumulative findings from our report open the door to therapies directed at the microbiome,” said Sumanta Pal, M.D., one of the study’s senior authors and co-director of the Kidney Cancer Program at City of Hope, a world-renowned independent research and treatment center for cancer, diabetes and other life-threatening diseases.

“Previous studies have suggested a relationship between the gut microbiome and response to immunotherapy in solid tumors, including metastatic kidney cancer,” said Nicholas Salgia, B.Sc., a clinical research assistant at City of Hope and the paper’s lead author. “The results from our study build on earlier findings and reaffirm that the diversity and composition of patients’ microbiomes are associated with clinical responses to anti-cancer therapies.”

The study, which collected data from 31 people with metastatic kidney cancer, features the first reports of comparing microbiome sequencing at different time points in cancer patients. Participants were asked to provide up to three stool samples: at baseline, four weeks into therapy and 12 weeks into therapy.

Using the clinical trial results, the team was able to identify changes in the microbiome over time in kidney cancer patients receiving immunotherapy. The findings found that a greater variety of organisms was associated with a benefit to the patients, and also suggested that modulating the gut microbiome during the course of treatment may impact responses to therapy.

“The patients with the highest benefit from cancer treatment were those with more microbial diversity, but also those with a higher abundance of a specific bacterium known as Akkermansia muciniphila,” said Sarah Highlander, Ph.D., a research professor in TGen’s Pathogen and Microbiome Division and one of the study’s senior authors. “This organism has been associated with benefit in other immunotherapy studies.”

The researchers sought to characterize the stool microbiome of mRCC patients receiving a checkpoint inhibitor (CPI) and to assess treatment-related changes in microbiome composition over the course of CPI therapy.

Highlander says one potential takeaway is that oncologists might encourage patients to pay attention to their gut microbiome by eating a high-fiber diet, including fruits and vegetables high in fructo-oligosaccharides such as bananas, dried fruit, onions, leeks, garlic, asparagus and artichokes, as well as grains with resistant starches such as barley or uncooked potato starch, for example.

Highlander says that next steps should include expanding the relatively small study to a much larger group of patients that are followed over a longer time period. At City of Hope, researchers have already embarked on a clinical trial to further explore the idea that modulating the microbiome during therapy could have an impact on clinical outcomes.

“We have randomized patients with metastatic kidney cancer to receive a probiotic supplement in addition to an FDA-approved immunotherapy regimen or the immunotherapy alone,” explained Salgia. “This work provided a strong framework for such a study.”

The collaborations between clinical experts at City of Hope and basic science colleagues at TGen have contributed to advancements in the understanding of not just the microbiome, but also in cancer biology and clinical outcomes at large. “Our strong relationship with the microbiome team at TGen has fruitfully produced novel insights into the clinical implications of the microbiome in kidney cancer, among other cancer types,” said Pal, who is an internationally recognized leader in the area of genitourinary cancers.

Just last month, City of Hope and TGen launched a project to use one of the world’s most comprehensive genomic analysis tools to map out personalized treatment plans for metastatic kidney cancer patients.