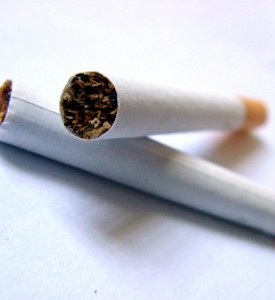 A new study on a special preparation for kava root from the University of Minnesota and Texas Tech University may help explain low rates of lung cancer despite tobacco smoking. Rates of cancer in the South Pacific Islands of Vanuatu, Fiji and Western Samoa are dramatically lower than those in countries with no kava consumption. Similarly, despite tobacco smoking rates comparable to those of the United States, the occurrence of lung cancer in Fiji is just 5 to 10 percent of the U.S. lung cancer occurrence rate.

The findings are published in the journal Cancer Prevention Research. In the latest study, the University of Minnesota research team found daily consumption of a kava-derived dietary supplement prevented the formation of 99 percent of tumors in a mouse lung tumorigenesis model that is routinely used in predicting lung cancer behavior in humans. The significant level of tumor prevention was coupled with the finding that some mice developed no tumors at all. DNA damage resulting from tobacco carcinogens was also significantly reduced by way of prevention, providing a clue to what is potentially behind kava’s effectiveness.

“This is highly interesting research and suggests a potential new use for certain preparations made from kava root and rhizome,” said Mark Blumenthal, founder and executive director of the nonprofit American Botanical Council (ABC). “Of course,” he added, “the preliminary results must be confirmed in human clinical trials. Blumenthal noted in his comments that ABC does not usually comment on animal research, preferring human clinical trials. “However, in this case ABC believes that the potential implications for human health and the herb kava are significant enough, as suggested by this particular animal research, to warrant attention by ABC,” Blumenthal said.

According to Rick Kingston, PharmD, a clinical professor of pharmacy at the University of Minnesota and president of Regulatory and Scientific Affairs at SafetyCall International in Minneapolis, “This research is truly unprecedented in its potential impact. A 99% cancer prevention efficacy is unheard of with this very sensitive research model and paves the way for future clinical trials to assess human applications. Another fascinating aspect relates to identifying kava components likely responsible for rare cases of liver toxicity associated with kava dietary supplements. Fortunately, the risk of kava liver complications is low, but this will allow development of supplement preparations devoid of [compounds that may cause] adverse liver effects that can be used for both anti-anxiety and wellness applications in the supplement arena.”

The researchers point out that not all commercially available kava products on the market today are equal and many may carry the risk of liver injury. Many factors have been hypothesized to contribute to the rare problems, and although a definitive cause has not been identified, current products in the market typically carry a liver injury warning. Prior to liver toxicity concerns, Hawaii served as one of the largest sources of commercially available kava.

“I wouldn’t recommend using kava supplements on the market today with the hopes of receiving cancer prevention benefits,” said Chengguo Xing, Ph.D., an associate professor of medicinal chemistry at the University of Minnesota College of Pharmacy and a member of Masonic Cancer Center. “Although occasional use of currently available kava supplements is likely to have a low risk of liver injury, they may not safely provide the intended chemopreventative benefits.”

Preliminary data from University of Minnesota has identified the potential compound behind kava-related liver problems and human clinical trials for the new, patent-pending kava supplement enriched with cancer-preventative benefits alone are planned. The University of Minnesota research team is also pursuing development of kava-derived drugs that may aid in both the prevention and treatment of other types of cancers.

We previously reported the chemopreventive potential of kava against 4-(methylnitrosamino)-1-(3-pyridyl)-1-butanone (NNK)- and benzo(a)pyrene (BaP)–induced lung tumorigenesis in A/J mice during the initiation and postinitiation stages. In this study, we investigated the tumorigenesis-stage specificity of kava, the potential active compounds, and the underlying mechanisms in NNK-induced lung tumorigenesis in A/J mice. In the first experiment, NNK-treated mice were given diets containing kava at a dose of 5 mg/g of diet during different periods. Kava treatments covering the initiation stage reduced the multiplicity of lung adenomas by approximately 99%. A minimum effective dose is yet to be defined because kava at two lower dosages (2.5 and 1.25 mg/g of diet) were equally effective as 5 mg/g of diet in completely inhibiting lung adenoma formation.

Daily gavage of kava (one before, during, and after NNK treatment) completely blocked lung adenoma formation as well. Kavalactone-enriched fraction B fully recapitulated kava’s chemopreventive efficacy, whereas kavalactone-free fractions A and C were much less effective. Mechanistically, kava and fraction B reduced NNK-induced DNA damage in lung tissues with a unique and preferential reduction in O6-methylguanine (O6-mG), the highly tumorigenic DNA damage by NNK, correlating and predictive of efficacy on blocking lung adenoma formation. Taken together, these results demonstrate the outstanding efficacy of kava in preventing NNK-induced lung tumorigenesis in A/J mice with high selectivity for the initiation stage in association with the reduction of O6-mG adduct in DNA. They also establish the knowledge basis for the identification of the active compound(s) in kava. Cancer Prev Res; 7(1); 86–96. ©2013 AACR.

Scientists collaborating in this research include lead authors Pablo Leitzman and Sreekanth Narayanapillai in the U of M College of Pharmacy (Chengguo Xing Group), and their peers in the U of M Masonic Cancer Center (Stephen Hecht Group), U of M College of Veterinary Medicine (M. Gerry O’Sullivan) and Texas Tech University Health Sciences Center (Junxuan Lu). Funding for this research was provided by National Institutes of Health grant no. R01 CA142649.