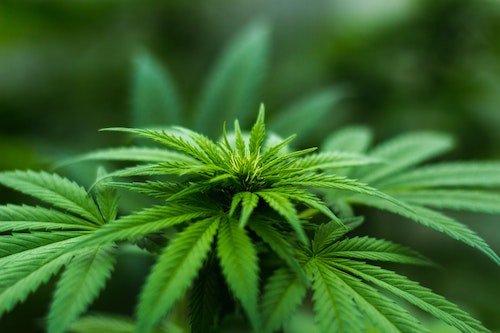 Inflammatory bowel diseases (IBD) such as Crohn’s disease and ulcerative colitis are caused by unrestrained inflammation of the gastrointestinal tract. Patients with IBD are at a higher risk of developing colorectal cancer. In a recent study published in iScience by authors from the University of South Carolina, it was shown that treatment with Δ9-tetrahydrocannabinol (THC), a cannabinoid found in the cannabis plant, prevented the development of colon cancers in mice. It was shown that THC suppressed inflammation in the colon, preventing the onset of cancers caused by a carcinogen.

The incidence of IBD is increasing globally. This suggests that the risk of cancers that are linked to IBD also are going to increase. In fact, the risk of colon and rectal cancers is increasing at an alarming rate among young and middle-aged adults in the United States and the cause remains unknown. Thus, understanding the mechanisms of IBD and developing effective drugs to prevent IBD and associated cancers are crucial.

“The fact that we were able to show that treatment with THC prevents inflammation in the colon and at the same time inhibits the development of colon cancer supports the notion that inflammation and colon cancer are closely linked. Thus, in patients who are at a higher risk of developing colon cancer, THC or other anti-inflammatory agents may be benefical,” says Prakash Nagarkatti.

It is know that intestinal disequilibrium leads to inflammatory bowel disease (IBD), and chronic inflammation which predisposes the colon to oncogenesis. “Antigen-presenting dendritic cells (DCs) and macrophages can tip the equilibrium toward tolerance or pathology,” the researchers note. In summary, the researchers found the following:

The cannabinoids act through two receptors known as CB1 and CB2. The CB1 receptor is expressed in the brain where THC activation causes psychoactive effects. The second receptor, CB2, is expressed mainly on the immune cells, meaning that activation of CB2 receptors does not trigger psychoactivity. “Our results showed that THC was acting through CB2 receptors, which is exciting and suggests that compounds that activate CB2 and cause no psychoactive effects may be beneficial to prevent IBD and colon cancer,” said Mitzi Nagarkatti.

This new paper is based on research studies from the laboratories of Prakash Nagarkatti, Ph.D., and Dr. Mitzi Nagarkatti, Ph.D, at the University of South Carolina (UofSC) School of Medicine Columbia, Department of Pathology, Microbiology and Immunology. The Nagarkattis are world-renowned for their work studying the anti-inflammatory properties of cannabinoids.

Conclusion/ “Using a de novo tumor model and models of chemically induced and antibody-induced colitis, this study delineates the mechanisms through which THC, acting through CB2 on gut APCs, limits the secretion of pro-inflammatory cytokines that would otherwise go on to stimulate oncogenic Th22 and ILC3 release of IL-22. Determining if a reduction in IL-22 in THC-treated mice is the sole actor preventing the development of CRC will be illuminating and worthwhile to evaluate in future work. Although this study evaluated the cancer-preventative action of THC, studies evaluating the effect of THC on developed tumors would be clinically relevant.”