Cannabis May Not Be Right for Everyone – and That’s Okay 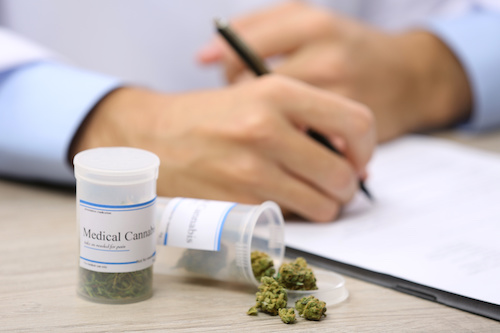 It’s true that not all cannabis products are right for everyone and, therefore cannot be used to treat everyone in the same way.

This is why it is important to learn the most ideal cannabinoid ratios and dose for your patient’s body – the effects of cannabis are personal. There are specific genetic predispositions that may be triggered or expressed through the use of cannabinoids or cannabidiols (CBD) or an interaction with other substances, as seen in this peer-reviewed reference.

Much of this depends on the type of terpene, the glandular secretions produced by plants in the form of oil. Certain terpenes also provide greater benefits, while others should be avoided. Over 100 organic compounds have been identified, but there are 16 that have been studied and documented with an association related to an experience, as documented here.

For instance, the original Indica plants that originated in southeast Asia have a skunky or diesel smell, which is associated with a terpene profile dominant in myrcene (more sedative effects.) Plants that originate in a more tropical climate like the Durban’s of South Africa or the Maui’s of Hawaii have a fruitier fragrance and are dominant in a terpene called limonene, which is known for an uplifting sensation by boosting certain neurochemicals.

Now depending on one’s genetic predispositions, some people are more prone to stressful events where a cannabinoid and limonene has been shown to trigger genetic expression. Other individuals are more prone to depressive moods, of which cannabinoids with myrcene seem to express. That’s why it’s important to know your patient’s DNA profile, so that whichever strain is used, it better aligns with their epigenetics.

Some prescription and over-the-counter medicines may also interact with cannabinoids, such as CBD and tetrahydrocannabinol (THC). Some can be inducers or inhibitors. A person’s genotype can guide a practitioner to the potential interaction as seen in this patented algorithm demonstrated here. The research shows that caution should be given when medications, which are prominent substrates for CYP2C19 (proton pump inhibitors, antidepressants, antiplatelets and antifungals), CYP2C9 (sulfonylureas and anticoagulants), and CYP1A2 (clozapine, olanzapine, fluvoxamine, theophylline) are co-administered with cannabis.

An example is in my early days of genetic testing, we learned many things can influence how a person responds to THC. If a person shares a homozygous genotype, they may experience increased heart rate, stress and anxiety as an adverse effect from THC. Also certain terpenes and cannabinoid combinations may control a genetic expression. As demonstrated here, a large body of data has shown that patients diagnosed with depression have higher levels of Cannabinoid Receptor 1 and Receptor 2 (CNR1 and CNR2) in their neuroanatomical structures and circuits including the prefrontal cortex, hippocampus, amygdala, hypothalamus and forebrain. This genotype appears to have a higher risk of depressive feelings and they report being triggered by THC formulations with myrcene as a primary terpene profile.

There are also positives. For instance, clinical trials on THC and CBD show a synergistic anti-tumor effect on laboratory cancer lines when combined with standard of care treatment. Other studies point to cannabinoids to address pain, an spasmodic disorders.

We still have a long way to go with education and research on cannabis. To quote one study, “During the last decade, endocannabinoid research has been one of the fastest growing fields in psychopharmacology, opening ways to discover new medicines for a wide variety of health problems, ranging from metabolic disorders, to glaucoma and schizophrenia.” The endocannabinoid system was only just discovered in 1992 by Lumir Hanus and William Devane in Israel. Additionally, cannabis has been under prohibition virtually globally therefore research has been suppressed. For most healthcare professionals who studied prior to 1992, they did not learn anything about the endocannabinoid system. This is why education is key to the success of the entire industry.

Len May is the CEO & Co-Founder of EndoCanna Health and he brings more than 25 years of cannabis and genomics experience to Endocanna Health. A pioneer in the medical cannabis industry, May has been instrumental in shaping the current legislation and culture. He has held past positions as President of the Cannabis Action Network and ​Board Member and Lifetime Member of California Cannabis Association. May is the current chair of the CBDIA science board, and is a​stakeholder in some of the industry’s most iconic brands.