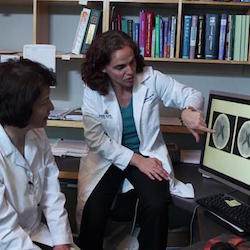 Folic acid may reduce the risk of stroke in hypertensive people by as much as 21% when taken with enapril, according to a study released this week in JAMA. Study commentators from Harvard surmise that there is no reason to doubt the same results with non-hypertensive people. The study authors of the China Stroke Primary Prevention Trial (CSPPT) also see this as particularly significant for individuals with TT genotype and low or moderate folate intake levels, which is a risk factor for atherothrombotic ischaemic strokes. 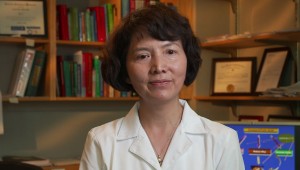 The study that included more than 20,000 adults in China with high blood pressure but without a history of stroke or heart attack, combined the use of the hypertension medication enalapril with folic acid, and compared with enalapril alone. The combination significantly reduced the risk of first stroke.

“Although the trial participants all had hypertension, there is little reason to doubt that the results would apply to normotensive persons, although the absolute effect would be smaller. It is possible to debate the ethics of whether a replication trial should be performed, especially because folic acid supplementation (or fortification) is safe and inexpensive, and carries other benefits. Large segments of the world’s population, potentially billions of people, including those living in northern China, Bangladesh, and Scandinavia, have low levels of folate.” 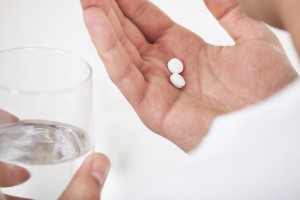 (prevention prior to a first episode) is particularly important because about 77 percent of strokes are first events. Yong Huo, M.D., of Peking University First Hospital, Beijing, China, and colleagues had 20,702 adults with hypertension without history of stroke or heart attack randomly assigned to receive daily treatment with a single-pill combination containing enalapril (10 mg) and folic acid (0.8 mg; n = 10,348), or a tablet containing enalapril alone (10 mg; n = 10,354). The trial was conducted from May 2008 to August 2013 in 32 communities in Jiangsu and Anhui provinces in China. Participants were tested for variations in the MTHFR C677T gene (CC, CT, and TT genotypes) that may affect folate levels.

During a median treatment duration of 4.5 years, first stroke occurred in 282 participants (2.7 percent) in the enalapril-folic acid group compared with 355 participants (3.4 percent) in the enalapril group, representing an absolute risk reduction of 0.7 percent and a relative risk reduction of 21 percent. Analyses also showed significant reductions among participants in the enalapril-folic acid group in the risk of ischemic stroke (2.2 percent vs 2.8 percent) and composite cardiovascular events (cardiovascular death, heart attack and stroke) (3.1 percent vs 3.9 percent). There was no significant difference between groups in the risk of hemorrhagic stroke, heart attack, or all-cause death, or in the frequencies of adverse events.

The authors noted that this study offers evidence for stroke risk prevention options in individuals with the TT genotype. “We speculate that even in countries with folic acid fortification and widespread use of folic acid supplements such as in the United States and Canada, there may still be room to further reduce stroke incidence using more targeted folic acid therapy—in particular, among those with the TT genotype and low or moderate folate levels,” the study authors commented. In the commentary editorial, Stamfer and Willet say this study may be even more significant that stated because compliance was nor perfect, yet the results were major. Stampfer and Willet:

These remarkable findings may represent an underestimate of the potential true effect of folic acid supplementation in this setting for several reasons. First, adherence was imperfect, although high. Approximately 69% of participants took at least 70% of their assigned pills overall. Second, mean folate levels in the control group increased substantially—by 60% during the course of the trial, with an especially marked increase among those with the lowest levels at baseline.

“The cause of this increase is unclear—whether due to improvements in diet or use of supplements in the control group. Either way, this change and the incomplete adherence diminished the contrast between the groups and likely attenuated the apparent benefit. Third, for ethical reasons the trial was stopped early, and the full effects may take longer to be seen; indeed, there was a suggestion of increasing benefit in the treatment group vs the control group over time.”

“Individuals with the TT genotype might particularly benefit, although it seems unlikely that genotyping for that purpose would be cost-effective. Also, some persons in the United States on the low end of the distribution of folate intake may benefit; effects in this subgroup would not have been detected in previous trials. Ideally, adequate folate levels would be achieved from food sources such as vegetables (especially dark green leafy vegetables), fruits and fruit juices, nuts, beans, and peas. However, for many populations, achieving adequate levels from diet alone is difficult because of expense or availability. This study seems to support fortification programs where feasible, and supplementation should be considered where fortification will take more time to implement.” Read the full commentary here.