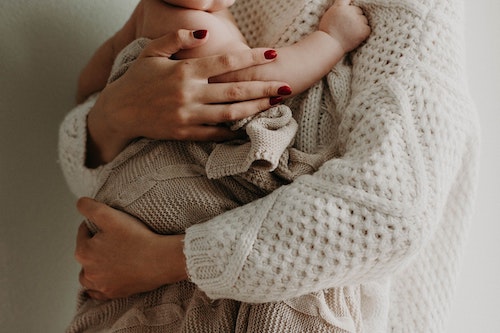 Babies that experience low oxygen levels in the womb due to pregnancy complications often go on to develop heart disease in adulthood. A study using sheep has discovered that mitochondrial therapy with a specialized patented CoQ10 supplement antioxidant (MitoQ) may reduce the risks of heart disease, according to the journal Science Advances.

There is strong evidence that the environment experienced during sensitive periods of fetal development directly influences long-term cardiovascular health – a process known as ‘developmental programming.’

Low oxygen in the womb – known as chronic fetal hypoxia – is one of the most common complications in human pregnancy. In a process termed ‘oxidative stress,’ low oxygen to the developing fetus can cause damage to its heart and blood vessels. Fetal hypoxia is diagnosed when a scan during pregnancy shows the baby is not growing properly.

“Many people may be predisposed to heart disease as adults because of the low level of oxygen they received in the womb. By providing a specific mitochondria-targeted antioxidant supplement to mothers whose pregnancy is complicated by fetal hypoxia, we can potentially prevent this,” said Professor Dino Giussani from the University of Cambridge’s Department of Physiology, Development and Neuroscience, who led the study.

Chronic hypoxia is common to many complications of pregnancy. It can be caused by a number of conditions including pre-eclampsia, infection of the placenta, gestational diabetes or maternal obesity.

Oxidative stress largely originates in the cells’ mitochondria – the ‘batteries’ that power our cells – where the processes of respiration and energy production occur. To target mitochondria the Cambridge team used MitoQ, developed by Professor Mike Murphy and his colleagues at the University of Cambridge’s MRC-Mitochondrial Biology Unit. MitoQ selectively accumulates within mitochondria, where it works to reduce oxidative stress.

Having established the safety of the treatment, the researchers gave MitoQ to pregnant sheep under low oxygen conditions. They found that the mitochondrial therapy protects against fetal growth restriction and high blood pressure in the offspring as adults. Using chicken embryos they also showed that MitoQ protects against mitochondria-derived oxidative stress.

The supplement has already been used in a number of human trials to lower hypertension in older subjects.

“It is very exciting to see the potential to use MitoQ to treat a baby during a problematic pregnancy and prevent problems arising far later in life. There’s still a long way to go before this can be used by pregnant mothers, but our work points to new possibilities for novel treatments,” said Professor Murphy.

This is the first time that MitoQ has been tested during sheep pregnancy. Sheep are animals whose cardiovascular development resembles that of a human baby more closely than laboratory rats and mice. Chicken embryos were also used to isolate the direct effects of MitoQ therapy on the embryonic heart independent of any influence on the mother or placenta.

“This study reveals a plausible way to reduce the future risk of high blood pressure and consequent heart disease in babies from complicated pregnancies. Further research is now needed to translate these findings from animals to humans and identify the most effective time in development to give the MitoQ supplement to ‘at risk’ babies – whether that’s a particular point during pregnancy or soon after birth. Overcoming this next hurdle will enable it to be tested in clinical trials,” said Professor James Leiper, Associate Medical Director at the British Heart Foundation.

Cardiovascular disease is a group of disorders of the heart and blood vessels that can cause heart attacks and strokes. It claims the life of one in three people, and costs the United States and Canada US$130 billion and the United Kingdom over £30 billion every year. The majority of these costs are for treatments that improve outcomes, but do not cure the disease.

There are increasing calls within the public health community to change the focus of cardiovascular disease research from treatment to prevention. By looking at the specific circumstances that increase the risk of developing heart disease, interventions can be made as early as possible rather than waiting until disease has become irreversible.

“If we want to reduce the prevalence of cardiovascular disease, we need to think of prevention rather than a cure. Applying this concept to pregnancy complications, we can bring preventative medicine all the way back into the womb – it’s treatment before birth. It completely changes our way of thinking about heart disease,” said Giussani.