Protein Intake in Women Could Reduce Risk of AFib in Women 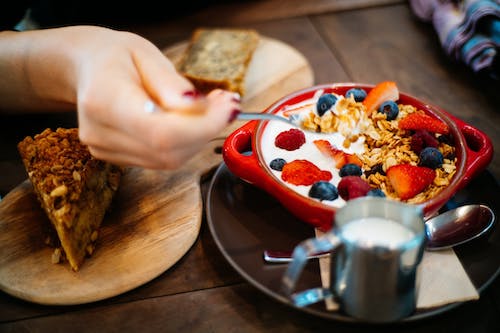 Women who ate slightly more than the recommended daily amount of protein were significantly less likely to develop atrial fibrillation (AFib), a dangerous heart rhythm disorder that can lead to stroke and heart failure, when compared with those who consumed less protein, according to research being presented at the American College of Cardiology’s Annual Scientific Session Together with World Congress of Cardiology (ACC.20/WCC). This is the first study to investigate protein as a possible nutritional driver for AFib, which is more common with age.

Protein is an important part of women’s diets, especially as they age, because it can help prevent frailty and loss of bone mass and lean muscle mass. This is important, as older women can lose a half-pound of lean body mass per year. Current U.S. guidelines recommend consuming 0.8 grams of protein per kilogram of bodyweight, which for a 140-pound person is about 51 grams per day. In the U.K., the recommendation is even lower at 0.75 grams of protein per kilogram daily.

“Women with the lowest protein intake–which was roughly equivalent to the current recommended daily amount of protein in the U.S.– had the highest incidence of AFib, and eating a little more was protective, even after taking into account other factors that can predispose someone to develop AFib,” said Daniel Gerber, MD, cardiovascular medicine fellow at Stanford University and the study’s lead author. “This modifiable risk factor for AFib may be a fairly easy way for women to potentially lower their risk.”

The analysis of over 99,000 postmenopausal women (median age of 64 years) from the Women’s Health Initiative Randomized Controlled Trials and Observational Study found that those who ate 58-74 grams of protein a day were 5-8% less likely to develop AFib, but there seemed to be a ceiling effect after eating more than 74 grams, at which point the benefit was no longer statistically significant.

How much more protein does this translate to?

Not much, Gerber said. “It’s not a huge amount, we’re talking about eating 10-20 more grams of protein per day–that’s only four ounces of healthy protein such as chicken breast or salmon, a cup of Greek yogurt or two eggs,” he said. “Of course, when we talk about increasing protein intake, it needs to be with heart-healthy foods and lean proteins, not with cheeseburgers and other foods that are high in saturated fat, cholesterol and sugar.”

Of the nearly 100,000 women in the study, 21,258 (21.3%) developed new AFib during the average 10-year follow up period. Researchers excluded women with existing heart rhythm issues and had a two-year run-in period to be sure women didn’t have any signs of occasional AFib. Researchers assessed protein intake using a food questionnaire, and these reports were adjusted using validated urine tests to confirm how much protein was consumed. The women were then grouped into four quartiles based on protein intake (<58 g/day, 58-66 g/day, 66-74 g/day and >74 g/day) and then assessed for new cases of AFib.

The average protein intake was 60 grams/day, with women who ate between 58 and 74 grams a day having significantly less risk of AFib. This relationship remained even after adjusting for age, ethnicity, education and other cardiovascular conditions and risk factors such as body mass index, physical activity, tobacco and alcohol use, high blood pressure, high cholesterol, diabetes, coronary and peripheral artery disease and heart failure. Interestingly, women typically underestimated their daily protein intake by about 10 grams and caloric intake by 600-700 calories, which speaks to the need for more nutritional awareness and education, researchers said.

“Based on our findings, it seems that eating more protein may not only help strengthen women physically, but it may also have cardiovascular benefits in terms of reducing AFib and related death, strokes and heart failure,” Gerber said. “About 1% of the U.S. population has AFib and, with an aging population, it is projected to increase several-fold by 2050, so doing something as little as eating an extra few grams of protein a day could potentially have a huge impact across the population.”

This study builds on earlier research by the same research team, which unexpectedly found that lean body mass was a much stronger driver for new AFib than obesity. Gerber said high protein diets have been closely correlated with lean body mass, so the hope with this study was to explore the effect of protein intake on developing AFib.

This study is limited in that it is retrospective and observational. Future research should address whether modifying protein intake can prospectively reduce AFib incidence and uncover what factors are driving this relationship.