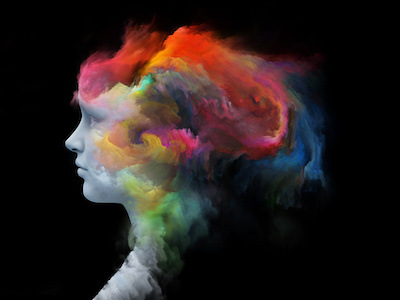 Researchers have identified a blood biomarker that could measure concussion severity. A blood test may help researchers understand which people may take years to recover from concussion, according to a study published in the online issue of Neurology®, the medical journal of the American Academy of Neurology.

The study looked at a biomarker called neurofilament light chain, a nerve protein that can be detected in the blood when nerve cells are injured or die. Researchers found that, years later, people with a history of three or more concussions were more likely to have high levels of the biomarker than people who had not had a concussion. High levels of the biomarker were also associated with more severe symptoms such as post-traumatic stress disorder and depression years after the concussions occurred.

“While most people with mild concussions recover completely, some never get their lives back fully because of chronic disability,” said study author Kimbra L. Kenney, MD, of the National Intrepid Center of Excellence, Walter Reed National Military Medical Center, Bethesda, Md., and a Fellow of the American Academy of Neurology.

“These people may benefit greatly from a test that could predict those disabilities years ahead of time. Our study found there’s great potential for this protein to predict the problems people with concussions may experience years after their injuries,” said Dr. Kenney.

The study involved 195 military veterans with an average age of 38; 85 percent were male. Participants were divided into three groups: 45 people with no history of concussions, 94 people with one or two concussions, and 56 people with three or more concussions. It had been at least seven years since the last concussion for the participants. They were also tested to confirm whether they had symptoms of post-traumatic stress disorder, depression or post-concussive syndrome, which refers to lingering symptoms like mood changes, memory problems and headaches after a concussion.

Blood samples were taken to determine levels of the protein in participants. Then they measured levels of protein in the blood overall as well as in the exosomes found in the blood. Exosomes are like tiny bubbles that carry protein and other information between cells.

“The main finding in the study is that people with multiple concussions have more of these proteins in their blood, even years after the last injury,” said Kenney. “Additionally, these proteins may help predict who will experience more severe symptoms such as PTSD and depression. That’s exciting because we may be able to intervene earlier to help lessen the overall effects of concussions over time.”

Conclusion/ Repetitive mTBIs are associated with elevated exosomal and plasma levels of NfL, even years following these injuries, with the greatest elevations in those with chronic PCS, PTSD, and depression symptoms. Our results suggest a possible neuroinflammatory and axonal disruptive basis for symptoms that persist years after mTBI, especially repetitive.

Kenney said a limitation of the study was the relatively small number of people involved and the need to verify these results in a much larger, separate group of people. The study was supported by the Department of Defense, Department of Veterans Affairs and National Institutes of Health.