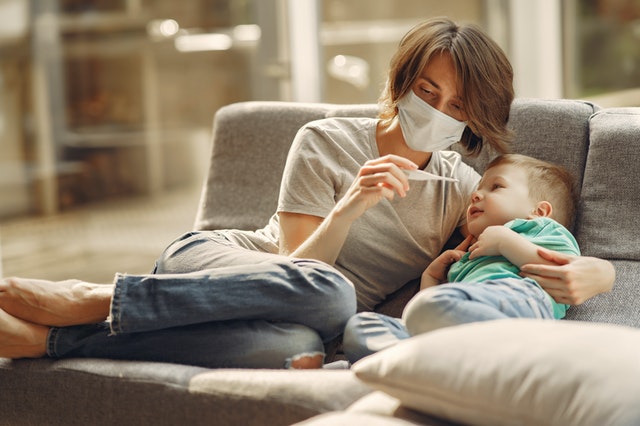 COVID-19 may be linked to rare inflammatory disorder in young children. This first detailed report published in The Lancet describes an increase in cases of rare Kawasaki-like disease in young children in Italy. This adds to the reports of similar cases from New York, USA and South East England, UK. Syndrome is rare and experts stress that children remain minimally affected by SARS-CoV-2 infection overall.

Doctors in the Bergamo province of Italy have described a series of ten cases of young children with symptoms similar to a rare inflammatory disease called Kawasaki Disease appearing since the COVID-19 pandemic arose in the Lombardy region of Northern Italy, in a report published in The Lancet.

Only 19 children had been diagnosed with the condition in that area in the five years up to the middle of February 2020, but there were 10 cases between 18 February and 20 April 2020. The latest reports could represent a 30-fold increase in the number of cases, although researchers caution that it is difficult to draw firm conclusions with such small numbers.

Eight of the 10 children brought to hospital after 18 February 2020 tested positive for the SARS-coronavirus-2 virus (SARS-CoV-2) in an antibody test. All of the children in the study survived, but those who became ill during the pandemic displayed more serious symptoms than those diagnosed in the previous five years.

Kawasaki Disease is a rare condition that typically affects children under the age of five. It causes blood vessels to become inflamed and swollen. The typical symptoms include fever and rash, red eyes, dry or cracked lips or mouth, redness on the palms of the hands and soles of the feet, and swollen glands. Typically, around a quarter of children affected experience cardiac complications, but the condition is rarely fatal if treated appropriately in hospital. It is not known what triggers the condition but it is thought to be an abnormal immune overreaction to an infection.

“We noticed an increase in the number of children being referred to our hospital with an inflammatory condition similar to Kawasaki Disease around the time the SARS-CoV-2 outbreak was taking hold in our region. Although this complication remains very rare, our study provides further evidence on how the virus may be affecting children. Parents should follow local medical advice and seek medical attention immediately if their child is unwell. Most children will make a complete recovery if they receive appropriate hospital care.” ~ Dr Lucio Verdoni, author of the report from the Hospital Papa Giovanni XXIII in Bergamo

The study authors carried out a retrospective review of patient notes from all 29 children admitted to their paediatric unit with symptoms of Kawasaki Disease from 1 January 2015 to 20 April 2020.

Before the COVID-19 outbreak, the hospital treated around one case of Kawasaki Disease every three months. Between 18 February and 20 April 2020, 10 children were treated for symptoms of the disease. The increase could not be explained by an increase in hospital admissions, as the number of patients admitted during that time period was six fold lower than before the virus was first reported in the area.

Children who presented at hospital with symptoms after 18 February 2020 were older on average (mean age 7.5 years) than the group diagnosed in the previous five years (mean age 3 years). They also appeared to experience more severe symptoms than past cases, with more than half (60%, 6/10 cases) having heart complications, compared with just 10% of those treated before the pandemic (2/19 cases). Half of the children (5/10) had signs of toxic shock syndrome, whereas none of the children treated before February 2020 had this complication. All patients before and after the pandemic received immunoglobulin treatment, but 80% of children during the outbreak (8/10) required additional treatment with steroids, compared with 16% of those in the historical group (4/19).

Two of the patients treated after 18 February 2020 (2/10) tested negative for SARS-CoV-2 on an antibody test. The researchers say the test used is not 100% accurate (95% sensitivity and 85-90% specificity), suggesting these could be false negative results. In addition, one of the patients had recently been treated with a high dose of immunoglobulin, a standard treatment for Kawasaki Disease, which could have masked any antibodies to the virus.

Taken together, the authors say that their findings represent an association between an outbreak of SARS-CoV-2 virus and an inflammatory condition similar to Kawasaki Disease in the Bergamo province of Italy. The researchers say the COVID-related cases should be classified as ‘Kawasaki-like Disease’, as the symptoms were different and more severe in patients treated after March 2020. However, they caution that their report is based on only a small number of cases and larger studies will be required to confirm the association. They also warn that other countries affected by the COVID-19 pandemic might expect to see a similar rise in cases similar to Kawasaki Disease.

Dr Lorenzo D’Antiga, lead author of the study from the Hospital Papa Giovanni XXIII in Bergamo, Italy, said: “We are starting to see case reports of children presenting at hospital with signs of Kawasaki Disease in other areas hit hard by the COVID-19 pandemic, including New York and South East England [3, 4]. Our study provides the first clear evidence of a link between SARS-CoV-2 infection and this inflammatory condition, and we hope it will help doctors around the world as we try to get to grips with this unknown virus.” [2]

Dr Annalisa Gervasoni, another author of the study and a Paediatric Specialist at the Hospital Papa Giovanni XXIII in Bergamo, Italy, said: “In our experience, only a very small proportion of children infected with SARS-CoV-2 develop symptoms of Kawasaki Disease. However, it is important to understand the consequences of the virus in children, particularly as countries around the world grapple with plans to start relaxing social distancing policies.” [2]

“Although the Article suggests a possible emerging inflammatory syndrome associated with COVID-19, it is crucial to reiterate—for parents and health-care workers alike—that children remain minimally affected by SARS-CoV-2 infection overall. Understanding this inflammatory phenomenon in children might provide vital information about immune responses to SARS-CoV-2 and possible correlates of immune protection that might have relevance both for adults and children. In particular, if this is an antibody-mediated phenomenon, there might be implications for vaccine studies, and might also explain why some children become very ill with COVID-19, while the majority are unaffected or asymptomatic,” said Professor Russell Viner, President of the Royal College of Paediatrics and Child Health and Professor of Adolescent Health, UCL Great Ormond Street Institute of Child Health, UK, (who was not involved in the study) in a linked comment.