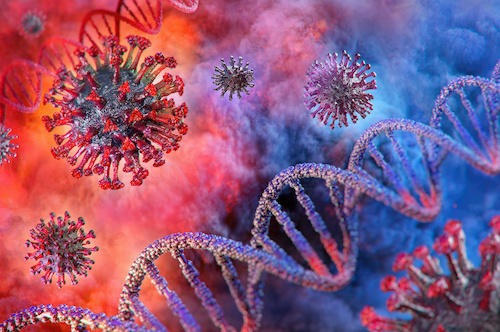 Age and gender matter when it comes to the early COVID-19 symptoms, according to new research from Lancet Digital Health. The differences are most notable between younger age groups (16-to-59 years) compared to older age groups (60-to-80 years and older). Also, men have different symptoms compared to women in the early stages of COVID-19 infection.

The paper led by researchers from King’s College London analyzed data from the ZOE COVID Symptom Study app between April 20th to 15th October 2020. App contributors were invited to get tested as soon as they reported any new symptoms. The researchers modeled the early early COVID-19 symptoms, and successfully detected 80% of cases when using three days of self-reported symptoms.

18 symptoms were examined, which had different relevance for early detection in different groups. The most important symptoms for earliest detection of COVID-19 overall included loss of smell, chest pain, persistent cough, abdominal pain, blisters on the feet, eye soreness and unusual muscle pain. However, loss of smell lost significance in people over 60 years of age and was not relevant for subjects over 80. Other early symptoms such as diarrhoea were key in older age groups (60-79 and >80). Fever, while a known symptom of disease, was not an early feature of the disease in any age group.

While these models were generated in the COVID Symptom study app, models were replicated across time suggesting they would also apply to non-app contributors. Although the models were used on the first strain of the virus and Alpha variants, the key findings suggest the symptoms of the Delta variant and subsequent variants will also differ across population groups.

Lead author, Claire Steves, Reader at King’s College London said: “Its important people know the earliest symptoms are wide-ranging and may look different for each member of a family or household. Testing guidance could be updated to enable cases to be picked up earlier, especially in the face of new variants which are highly transmissible. This could include using widely available lateral flow tests for people with any of these non-core symptoms.”

“As part of our study, we have been able to identify that the profile of symptoms due to COVID-19 differs from one group to another. This suggests that the criteria to encourage people to get tested should be personalized using individuals’ information such as age. Alternatively, a larger set of symptoms could be considered, so the different manifestations of the disease across different groups are taken into account,” said Dr Marc Modat, Senior Lecturer at King’s College London.