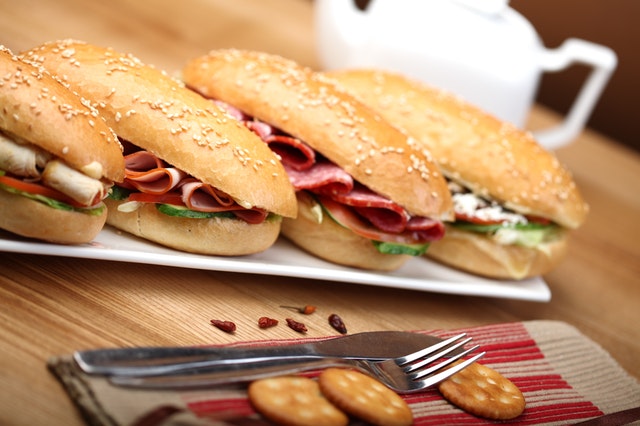 Harvard scientists warn that a short-chain fatty acid, used as a potent inhibitor of molds in food production, 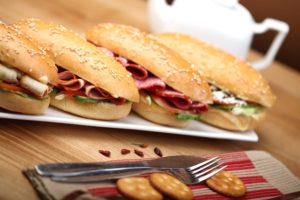 could be a trigger that leads to insulin resistance. Consumption of propionate, a food ingredient that’s widely used in baked goods, animal feeds, and artificial flavorings, appears to increase levels of several hormones that are associated with risk of obesity and diabetes, according to new research led by Harvard T.H. Chan School of Public Health in collaboration with researchers from Brigham and Women’s Hospital and Sheba Medical Center in Israel. Researchers call it a “metabolic disregulator in hiding.”

Particularly disturbing is that the dose of propionate used to extend the shelf life and preserve food was sufficient enough to reproduce a hormonal response. The study was published online in Science Translational Medicine.

The study, which combined data from a randomized placebo-controlled trial in humans and mouse studies, indicated that propionate can trigger a cascade of metabolic events that leads to insulin resistance and hyperinsulinemia—a condition marked by excessive levels of insulin. The findings also showed that in mice, chronic exposure to propionate resulted in weight gain and insulin resistance.

“Understanding how ingredients in food affect the body’s metabolism at the molecular and cellular level could help us develop simple but effective measures to tackle the dual epidemics of obesity and diabetes,” said Gökhan S. Hotamışlıgil, James Stevens Simmons Professor of Genetics and Metabolism and Director of the Sabri Ülker Center for Metabolic Research at Harvard Chan School.

More than 400 million people worldwide suffer from diabetes, and the rate of diabetes incidence is projected to increase 40% by 2040 despite extensive efforts to curb the disease. The surging rates of diabetes, as well as obesity, in the last 50 years indicate that environmental and dietary factors must be influencing the growth of this epidemic. Researchers have suggested that dietary components including ingredients used for preparation or preservation of food may be a contributing factor, but there is little research evaluating these molecules.

For this study, the researchers focused on propionate, a naturally occurring short-chain fatty acid that helps prevents mold from forming on foods. They first administered this short chain fatty acid to mice and found that it rapidly activated the sympathetic nervous system, which led to a surge in hormones, including glucagon, norepinephrine, and a newly discovered gluconeogenic hormone called fatty acid-binding protein 4 (FABP4). This in turn led the mice to produce more glucose from their liver cells, leading to hyperglycemia—a defining trait of diabetes. Moreover, the researchers found that chronic treatment of mice with a dose of propionate that was equivalent to the amount typically consumed by humans led to significant weight gain in the mice, as well as insulin resistance.

To determine how the findings in mice may translate to humans, the researchers established a double-blinded placebo-controlled study that included 14 healthy participants. The participants were randomized into two groups: One group received a meal that contained one gram of propionate as an additive and the other group was given a meal that contained a placebo. Blood samples were collected before the meal, within 15 minutes of eating the meal, and every 30 minutes thereafter for four hours.

The researchers found that people who consumed the meal containing propionate had significant increases in norepinephrine as well as increases in glucagon and FABP4 soon after eating the meal. The findings indicate that propionate may act as a “metabolic disruptor” that potentially increases the risk for diabetes and obesity in humans.

The researchers noted that while propionate is generally recognized as safe by the U.S. Food and Drug Administration, these new findings warrant further investigation into propionate and potential alternatives that could be used in food preparation.

Also of note, the hyperglycemia and hyperinsulinemia observed after exposure to exogenous propionate are somewhat in contrast to the beneficial metabolic effects attributed to endogenously produced propionate and other SCFAs. “In the colon, these molecules are produced primarily by fermentation of undigested carbohydrates. Several health-related benefits of dietary fibers such as increased postmeal satiety and decreased body weight and fat mass have been attributed to the production of SCFAs from fermentation,” they write. However, a number of studies cited within this research, show that higher amounts of propionate, and its intestinal transporter, were found in overweight and obese participants compared to lean volunteers. Other findings show that propionate administration resulted in increased triglycerides and decreased high-density lipoprotein cholesterol. See the full study here.

Humans are exposed to increasing amounts of propionate through consumption of preserved processed foods and artificial flavorings. Thus, to assess the translational relevance of our findings, the researchers designed a randomized, placebo-controlled, double-blinded crossover study  to evaluate the metabolic effects of dietary propionate consumption in humans. They enrolled 14 lean and healthy participants and randomized them into two groups. After 8 hours of fasting, they were provided a mixed meal with or without 1 g of calcium propionate (also known as E282). One week later, participants were provided with an identical mixed meal again, after crossover of the groups. Blood samples were collected at time 0, after which the mixed meal supplemented with placebo or propionate was consumed within 15 min, and blood samples were serially collected every 30 min thereafter for 4 hours. This propionate dose of 1 g is equivalent to the most commonly used amount of 0.3% (w/w) to which humans are exposed when consuming a single processed food–based meal (10). This minimal dose of propionate resulted in a significant increase in postprandial plasma propionate. See Figure 4 below.

Similar to the observations in mice, the propionate-containing meal taken by human participants resulted in a significant increase in plasma norepinephrine and a postprandial increase in both glucagon P < 0.05) and FABP4; P < 0.005) as compared to a placebo-supplemented meal. This rise in postprandial insulin counter-regulatory responses by propionate led to a significant decrease in postmeal insulin sensitivity.

“The dramatic increase in the incidence of obesity and diabetes over the past 50 years suggests the involvement of contributing environmental and dietary factors. One such factor that warrants attention is the ingredients in common foods. We are exposed to hundreds of these chemicals on a daily basis, and most have not been tested in detail for their potential long-term metabolic effects,” said Amir Tirosh, associate professor of medicine at Tel-Aviv University’s Sackler School of Medicine, director of the Division of Endocrinology at Sheba Medical Center in Israel, and research fellow at Harvard Chan School.

The researchers note that these findings may have implications for the current practice of food preservation. “Given that the U.S. Food and Drug Administration has declared propionate to be generally recognized as safe with no known adverse effects, there is currently no limitation on its utilization other than as required by good manufacturing practice. Here, we report that exogenous propionate leads to a rapid activation of the sympathetic nervous system, resulting in an increase in both glucagon and FABP4. The increase of both of these fasting hormones in the postprandial state drives enhanced endogenous glucose production, likely due to glycogenolysis, leading to hyperglycemia and compensatory hyperinsulinemia.”

They warn that repeated daily exposure to propionate for prolonged periods may have important implications for public health as this points to potential actions and underlying mechanisms associated with propionate in humans. There are alternatives that could be used for food preservation, such as vinegar, essential oils and wheat starches that would yield public health benefits.

Conclusion / “Human consumption of propionate at a dose used to extend shelf life and preserve food was sufficient to reproduce the hormonal response to acute propionate exposure observed in mice. Furthermore, chronic exposure of mice to an equivalent daily propionate dose resulted in an increase in plasma concentrations of the insulin counter-regulatory hormones, glucagon and FABP4, and the development of insulin resistance, hyperinsulinemia, and gradual weight gain. The relevance of propionate to insulin resistance and obesity in humans was also suggested in a large, long-term, dietary interventional study (DIRECT), in which the reduction in plasma propionate in response to a weight-loss diet was independently associated with improved insulin sensitivity.”