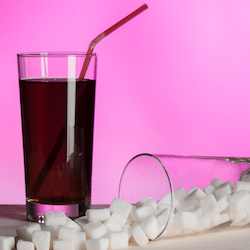 It’s a difficult statistic to accept, close to half (40%) of the adult population of the USA is expected to develop type 2 diabetes at some point during their lifetime, however Hispanic men are most affected by the diabetes epidemic. A major study published in The Lancet Diabetes & Endocrinology, says the future looks worse for some ethnic minority groups, with one in two (> 50%) Hispanic men and women and non-Hispanic black women predicted to develop the disease. A team of US researchers combined data from nationally representative US population interviews and death certificates for about 600 000 adults to estimate trends in the lifetime risk of diabetes and years of life lost to diabetes in the USA between 1985 and 2011.

Dr Edward Gregg, study leader and Chief of the Epidemiology and Statistics Branch, Division of Diabetes Translation at the Centers for Disease Control and Prevention said, “Soaring rates of diabetes since the late 1980s and longer overall life expectancy in the general population have been the main drivers of the striking increase in the lifetime risk of diabetes over the last 26 years. At the same time, a large reduction in death rates in the US population with diabetes has reduced the average number of years lost to the disease. However, the overwhelming increase in diabetes prevalence has resulted in an almost 50% increase in the cumulative number of years of life lost to diabetes for the population as a whole: years spent living with diabetes have increased by 156% in men and 70% in women.”*

As the number of diabetes cases continue to increase and patients live longer there will be a growing demand for health services and extensive costs. More effective lifestyle interventions are urgently needed to reduce the number of new cases in the USA and other developed nations.”*

Dr Lorraine Lipscombe from Women’s College Hospital and the University of Toronto, Toronto, Canada commented, “The trends reported by Gregg and colleagues are probably similar across the developed world, where large increases in diabetes prevalence in the past two decades have been reported…Primary  prevention  strategies  are urgently  needed. Excellent evidence has shown that diabetes can be prevented with lifestyle changes.

However, provision of these interventions on an individual basis might not be sustainable. Only a population-based approach to prevention can address a problem of this magnitude. Prevention strategies should include optimization of urban planning, food-marketing policies, and work and school environments that enable individuals to make healthier lifestyle choices. With an increased  focus on interventions aimed at children and their families, there might still be time to change the fate of our future generations by lowering their risk of type 2 diabetes.”