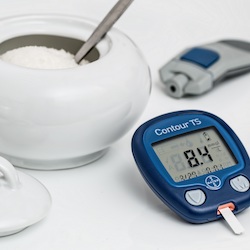 Diabetes is five diseases, concludes a new study. By separating adult-onset diabetes cases into five different types, rather than just type 1 or type 2, physicians can better tailor early treatment for patients, and could represent a first step towards precision medicine in the disease, according to an analysis of patients with adult-onset diabetes in Sweden and Finland published in The Lancet Diabetes & Endocrinology journal.

The five types of the disease found in the study had different characteristics and were associated with different complications, illustrating the varied treatment needs of patients with diabetes.

The study identified five replicable clusters of patients with diabetes, which had 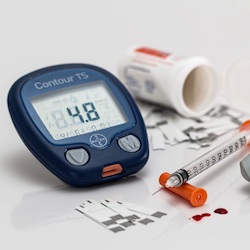 significantly different patient characteristics and risk of diabetic complications. In particular, individuals in cluster 3 (most resistant to insulin) had significantly higher risk of diabetic kidney disease than individuals in clusters 4 and 5, but had been prescribed similar diabetes treatment. Cluster 2 (insulin deficient) had the highest risk of retinopathy. In support of the clustering, genetic associations in the clusters differed from those seen in traditional type 2 diabetes.

Diabetes is a group of chronic metabolic disorders that share the common feature of hyperglycaemia, meaning that, in principle, diabetes can be diagnosed via measurement of a single blood component. However, elevations in blood glucose can be caused by a number of genetic and acquired factors that reduce the circulating concentrations of insulin or decrease its effectiveness, leading to heterogeneity in the clinical presentation and progression of the disease …, said Dr Rob Sladek, McGill University and Génome Québec Innovation Centre, Canada. In providing information about disease prognosis, Ahlqvist and colleagues extend earlier studies that used combinations of genetic risk scores, clustering, and regression analysis to identify subtypes of type 2 diabetes on the basis of clinical and genetic parameters.”
Rates of diabetes are increasing worldwide, faster than for any other disorders, representing a significant cause of ill health worldwide. However, the medical classification of diabetes has not been updated for 20 years and mainly relies on measuring blood glucose levels.”

The study used four cohort studies including people over the age of 18 years who had been recently diagnosed with diabetes, totalling 14775 patients across Sweden and Finland. The authors analysed six measurements used to monitor patients with diabetes that reflect key aspects of the disease (age at diagnosis, body mass index [BMI], long-term glycaemic control [HbA1c], successful functioning of the insulin-producing cells in the pancreas, insulin resistance, and presence of auto-antibodies associated with autoimmune diabetes). They also did genetic analyses, and compared disease progression, treatment, and development of diabetic complications for each type of diabetes.

Analysing the six measures in a cohort of 8980 adults at first, the authors identified one autoimmune type of diabetes and four distinct subtypes of type 2 diabetes, which they then tested across three more cohorts of patients consisting of 5795 people. They found that the five different disease profiles were also present in these patients. These types of diabetes were distinct, and included three severe and two mild forms of the disease [2].

Lastly, the authors looked at the types of treatments being given to each group of patients and found that many were not being given appropriate treatment. For example, a low proportion of patients in clusters 1 and 2 were being treated with insulin from disease onset (42%, 212/506 patients, and 29%, 389/1339 patients, respectively), suggesting that traditional classification of diabetes is unable to tailor treatment to the underlying characteristics of diabetes.

Evidence suggests that early treatment for diabetes is crucial to prevent life-shortening complications. More accurately diagnosing diabetes could give us valuable insights into how it will develop over time, allowing us to predict and treat complications before they develop,” says lead author of the study Professor Leif Groop, Lund University Diabetes Centre (LUDC), Sweden, and Institute for Molecular Medicine Finland (FIMM). “Existing treatment guidelines are limited by the fact they respond to poor metabolic control when it has developed, but do not have the means to predict which patients will need intensified treatment. This study moves us towards a more clinically useful diagnosis, and represents an important step towards precision medicine in diabetes.”

The authors note some limitations, including that the study cannot confirm that the five types of adult-onset diabetes have different causes, nor whether patients’ type of disease changes over time. The study only involved Scandinavian patients, so will need to be confirmed in other populations.

Future research will be needed to test and refine the five types of the disease by including biomarkers, genotypes, genetic risk scores, blood pressure and blood lipids.