Researchers have discovered that meal timing strategies such as intermittent fasting or eating earlier in the daytime appear to help people lose weight by lowering appetite rather than burning more calories, according to a report published in the journal Obesity. The study is the first to show how meal timing affects 24-hour energy metabolism when food intake and meal frequency are matched.

“Coordinating meals with circadian rhythms, or your body’s internal clock, may be a powerful strategy for reducing appetite and improving metabolic health,” said Eric Ravussin, PhD, one of the study’s authors and associate executive director for clinical science at Louisiana State University’s Pennington Biomedical Research Center in Baton Rouge.

Unlike other studies, such as 16:8 intermittent fasting, in which an 8-hour eating pattern is from mid-morning to early evening with fasting typically from 6 pm to 10 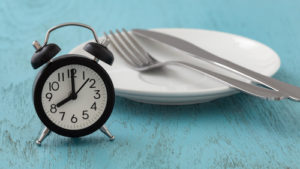 am. This study used early time-restricted feeding  (eTRF). For instance, in the study eleven adults who were overweight practiced both eTRF (eating from 8 am to 2 pm) and a control schedule (eating from 8 am to 8 pm) for 4 days each. On the fourth day, 24‐hour energy expenditure and substrate oxidation were measured by whole‐room indirect calorimetry, in conjunction with appetite and metabolic hormones.

Although eTRF did not significantly affect how many calories participants burned, the researchers found that eTRF did lower levels of the hunger hormone ghrelin and improved some aspects of appetite. It also increased fat-burning over the 24-hour day. 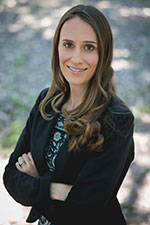 “We suspect that a majority of people may find meal timing strategies helpful for losing weight or to maintain their weight since these strategies naturally appear to curb appetite, which may help people eat less,” said Courtney M. Peterson, PhD, lead author of the study and an assistant professor in the Department of Nutrition Sciences at the University of Alabama at Birmingham.

The study showed that the eTRF eating plan increased the thermal effect of food. It also affected metabolic hormones and appetite. They found that eTRF lowered mean values of the hunger hormone ghrelin (mostly in the morning) as well as increased levels of the satiety hormone PYY in the middle of the evening. This data is in line with prior studies showing that “12 weeks of eating breakfast like a king and dinner like a pauper reduced the active ghrelin AUC throughout the waking day. In this study, the eTRF also decreased the mean desire to eat and increase fullness across the waking day. See Figure One and Figure 2 Below.

As mentioned, Peterson and her colleagues reported that meal timing strategies may help people burn more fat on average during a 24-hour period. Early Time-Restricted Feeding (eTRF) helped to improve people’s ability to switch between burning carbohydrates for energy to burning fat for energy, an aspect of metabolism known as metabolic flexibility. The study’s authors said, however, that the results on fat-burning are preliminary.

“Whether these strategies help people lose body fat need to be tested and confirmed in a much longer study,” said Peterson.

“By testing eTRF, we were able to kill two birds with one stone,” said Peterson, adding that the researchers were able to gain some insight into daily intermittent fasting (time restricted-feeding), as well as meal timing strategies that involve eating earlier in the daytime to be in sync with circadian rhythms. The researchers believe that these two broader classes of meal timing strategies may have similar benefits to eTRF.

Hollie Raynor, PhD, RD, LDN, who was not associated with the research, said “this study helps provide more information about how patterns of eating, and not just what you eat, may be important for achieving a healthy weight.” Raynor is a professor and interim dean of research in the Department of Nutrition, College of Education, Health, and Human Sciences at The University of Tennessee, Knoxville.

Peterson and colleagues said prior research was conflicted on whether meal timing strategies help with weight loss by helping people burn more calories or by lowering appetite. Studies in rodents suggest such strategies burn more calories, but data from human studies were conflicting – some studies suggested meal timing strategies increase calories burned, but other reports showed no difference. The study’s authors said, however, that previous studies did not directly measure how many calories people burned or were imperfect in other ways.

Conclusion/ “The circadian timing of food intake does not appear to significantly affect 24‐hour energy expenditure. Instead, our data suggest that meal‐timing interventions facilitate weight loss primarily by suppressing appetite. Aligning food intake with circadian rhythms may therefore be a powerful strategy for reducing appetite and losing weight. The subset of meal‐timing interventions that involve intermittent fasting, such as time‐restricted feeding, may confer additional metabolic advantages by improving metabolic flexibility and increasing 24‐hour fat oxidation. Further research is needed to determine the effects of meal timing on energy and fat metabolism.”

Materials provided by The Obesity Society. Note: Content may be edited for style and length.