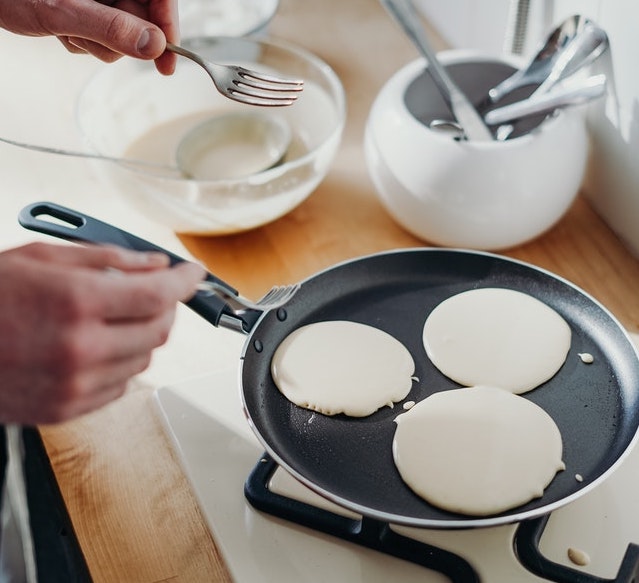 Celiac disease is linked to common chemical pollutants, according to the NYU Langone Health, NYU School of Medicine. Elevated blood levels of toxic chemicals found in pesticides, nonstick cookware, and fire retardants have been tied to an increased risk for celiac disease in young people, new research shows.

For the study, researchers analyzed levels of toxic chemicals in the blood of 30 children and young adults, ages 3 to 21, who were newly diagnosed with celiac disease at NYU Langone Hassenfeld Children’s Hospital. Test results were compared with those from 60 other young people of similar age, gender, and race. People with genes HLA-DQ2 and HLA-DQ8 are known to be at greater risk of being diagnosed with celiac disease. Other symptoms of celiac disease include diarrhea, fatigue, and anemia.

Reporting in the journal Environmental Research, the NYU Langone team found that children and young adults with high blood levels of pesticides — and with high levels of pesticide-related chemicals called dichlorodiphenyldichlorethylenes (DDEs) — were twice as likely to be newly diagnosed with celiac disease as those without high levels.

For females, who make up the majority of celiac cases, higher-than-normal pesticide exposure meant they were at least eight times more likely to become gluten intolerant. Young females with elevated levels of nonstick chemicals, known as perflouoroalkyls, or PFAs, including products like Teflon, were five-to-nine times more likely to have celiac disease.

Young males, on the other hand, were twice as likely to be diagnosed with the disease if they had elevated blood levels of fire-retardant chemicals, polybrominated diphenyl ethers, or PBDEs.

Summary of Celiac Disease and Exposure to Chemicals:

Study co-investigator and health epidemiologist Leonardo Trasande, MD, MPP, the Jim G. Hendrick, MD Professor at NYU Langone, says further studies are needed to demonstrate that these toxic chemicals are a direct cause of celiac disease. But he noted that all are known to disrupt animal and human hormone levels, which are key to controlling both sexual development and immune defenses against infection.

Previous research has suggested that the origins of celiac disease, which afflicts one in 100 adults worldwide, were largely genetic and passed down from parents to offspring. Trasande, who also serves as chief of environmental pediatrics in the Department of Pediatrics at NYU Langone, and his colleagues wanted to investigate whether a link existed between environmental exposure to toxins and risk for a particular immune disorder directly affected by hormone levels, such as celiac disease.

“Our study establishes the first measureable tie-in between environmental exposure to toxic chemicals and celiac disease,” says senior study investigator and pediatric gastroenterologist Jeremiah Levine, MD. “These results also raise the question of whether there are potential links between these chemicals and other autoimmune bowel diseases, which all warrant close monitoring and further study,” says Levine, a professor in the Department of Pediatrics at NYU Langone.

Trasande says that if further studies show similar connections, such results could serve as evidence that the basis or underlying cause for many of these autoimmune disorders may not just be genetic, but also environmental.