The George family name has been linked symbiotically to the growth of integrative health and medicine in the United States for 20 years. When a group of philanthropists met with a set of integrative academics at the Miraval Resort in 1999 and then again in 2001 in what would become the immensely influential Bravewell Collaborative, Penny and Bill George had their hands on the wheel. At Allina Health 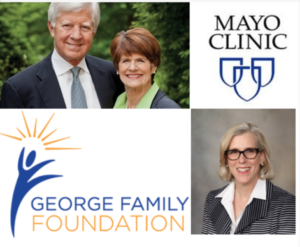 inpatient-outpatient integrative health program in their home city of Minneapolis they intentionally spawned methods and data that would guide others through $30-million pouring on the coal. The action of the Georges and the George Family Foundation intentionally reverberated nationally. Where they choose to invest is always of interest and their strategy as a family foundation has caught the attention of the national philanthropic community.

I contacted Penny George upon seeing two news stories in July 2019. One announced $5-million to kick start funding for a Center for Women’s Health at the Mayo Clinic in Minnesota. (Mayo Clinic was just judged the #1 hospital in the nation by US News and World Reports.) The other was a portrait in Inside Philanthropy entitled “Lofty Ambitions and a Focus on Authentic Leaders” that examined the George’s model of creating maximum impact through a relatively small family foundation.

In a media release on the Mayo grant – part from their foundation and part personal funds — Penny George explained the bequest this way: “Our gift represents a significant investment in shifting the ways women interact with health care at Mayo Clinic, one of the premier health care institutions in the U.S.” The George’s know well that what Mayo does is closely watched and often emulated by others. The model is dispersive. While the new Center will likely be located in the Dan Abraham Center for Healthy Living, it’s not locked into a physical space but rather is meant to partner and spread through any Mayo program where women’s health is involved. The Georges hope the initiative will eventually draw at least $50-million to the Center.

When I asked Penny George why they chose this direction, she responded with passion for righting patterns of historic disservice. She referenced the time in health care were healers were predominantly women. She noted the destructive influence of the 1910 Flexner report in shutting medical schools that were a woman’s route to practice. The diminution of women reached into science: “Even in major research studies, they often had no women at all as subjects.” 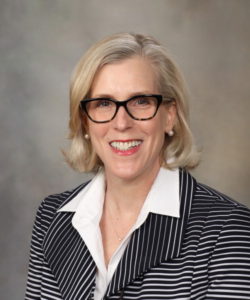 The investment was based on a strategy in George family giving on which Inside Philanthropy focused: invest in proven leaders. Mayo clinician and researcher Stephanie Faubion, MD, MBA is such a person according to Penny George: “She’s highly regarded. She’s a respected researcher, which is important at Mayo. She’s also head of their executive health program.”

Faubion positions the Center as an initiative that “will lead by example to set a new national standard for women’s health care, providing personalized care that considers women as partners in their health care. The center’s goal is to become a destination for women’s health care where patients are not only treated for a specific condition, but also empowered with the tools and knowledge they need to improve their overall health and wellness: mind, body and spirit.”

George notes that although Faubion does not come from the integrative world, the whole person, integrative philosophy will be central to the experience of those served through the Center. From the perspective of Mayo’s delivery and business model, the Center is more of a sibling entity to the world-renown executive health center than to its integrative medicine center. “I think [Mayo] is hoping that more people will be coming to have their whole person care looked at, coming for health optimization.” George anticipates that Faubion will be connecting with Brent Bauer, MD and his integrative medicine team in the effort to river the initiative into other aspects of Mayo service delivery. The media release makes clear that integrative principles are deeply embedded:

The Center for Women’s Health seeks to empower women to prioritize their care and provide them with the options and solutions they need to improve their well-being based on their health needs, genetic traits, lifestyle and personal preferences. During an appointment in the center, women will be provided with information and education on health and wellness. They can take advantage of additional appointments or consultations in areas of women’s health to help them stay healthy or to treat their medical conditions.

The multidisciplinary center also will work with other divisions and departments at Mayo Clinic to incorporate integrative health and lifestyle services into their models of care. In addition, the center will promote further research and education on how sex and gender affect health

One gets a sense of the George’s wizened philanthropy through the two-armed nature of the Mayo gift. “We personally endowed her position and then the [George Family Foundation] funded the programs – so we can keep an eye on that,” said Penny George. She notes that Mayo has not escaped the pattern of ignoring of women in research. She expects that to change: “We will be watching this fairly closely.”

The Foundation, funded through the wealth Bill George created as the CEO of Medtronic, has $61-million in assets and makes roughly $5-million in  grants a year. The mission supports “wholeness in mind, body, spirit and community by developing authentic leaders and supporting transformative programs serving the common good.” 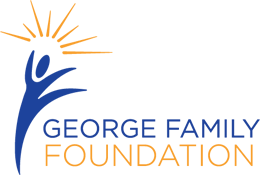 dominated by the Mayo bequest. Other grants clearly given to change agents in the integrative community included $100,000 to Tergar International to support the mind-body Joy of Living program and support of $25,000 each to the Earl Bakken Center for Spirituality and Healing at the University of Minnesota and a like amount to Integrative Medicine for the Underserved (IM4US).

Another clearly related to these values and to the women’s health interest shown in the Mayo gift was $50,000 to Auburn Theological Seminary to support the Sojourner Truth Leadership Circle Healing for Healers program. The Leadership Healing Circle focuses on making “the ordinary care of the bodies, minds, and spirits of black women a focus in their own lives.” The linked interest in service to populations typically poorly reached by such strategies comes through here – as it has in grants in recent years to support the work of James Gordon’s Center for Mind Body Medicine in facilitating mindfulness practices in indigenous communities.

I asked Penny George about her comments on the influential Flexner Report. Until the last decade, the report was pretty much deified by mainstream medicine as a BC/AD sort of demarcation of the birth of biomedicine while at the same time reviled by those interested in education of women, people of color, and of those interested in approaches and systems that may not fit biomedicine’s priorities.  In her response, Penny George’s reflections ranged from the negative impact of the report on the field of her great great grandfather, who was a clinical homeopath, and the systemic change work of the Bravewell Collaborative for which she served as president:

As I understand it, [the Flexner Report] was an attempt to upgrade but in the effort to professionalize, it threw the baby out with the bathwater. Part of what Bravewell was trying to do was to re-balance this.

The Inside Philanthropy article portrays the work of the Georges in a gently disbelieving David versus Goliath way – pitting their $5-million per year in grants against the momentum of the $3.3-trillion medical industry. The George’s strategy focuses on leveraging. Their strategic attention to funding initiatives related to women, to people of color, to the underserved, and to integrative approaches continues to put their hand firmly on the scale toward balance and health justice. They are clearly welcoming like investments from others.