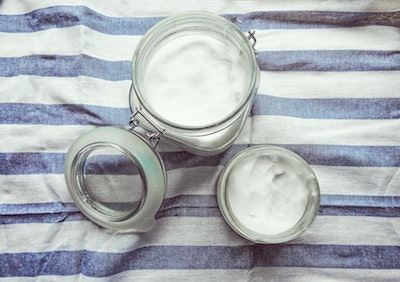 culture food world. From a morning bullet coffee to very-low carbohydrate ketogenic diets, MCTs have become popular among people who follow a ketogenic diet for overall wellness or to address serious health issues, such as obesity and blood sugar disorders. This study, published in the Journal of Nutrition and Metabolism, looks at whether MCT supplementation improves the time to nutritional ketosis (NK), and how MCTs affect commonly reported mood disturbances and other symptoms of keto-induction.

The aim of the present study was to investigate, in a randomised, double-blind, placebo-controlled trial, whether MCTs reduce time to nutritional ketosis and symptoms of keto-induction and mood in a classic ketogenic diet. The primary outcome measured was the time taken to achieve NK. Secondary outcomes were symptoms and mood.

A classic ketogenic diet, similar to the one pioneered at Johns Hopkins, typically contain a 4 : 1 ratio of lipids to nonlipid macronutrients, or at least 75% of calories coming from lipids, very low carbohydrates (often less than 50 g), and low-to-moderate amounts of protein. A number of studies show that very-low-carbohydrate ketogenic diets (VLCKDs) are beneficial for neurological disorders, cancer, and obesity, diabetes, and other metabolic conditions. In 1971, an epilepsy study by Huttenlocher and colleagues demonstrated that diets with 60%–75% of calories from lipids induce NK as long as there is a high proportion of MCTs.

When individuals make the transition from a higher carbohydrate diet, to a VLCKD, they often report mood disturbances and other short-term adverse effects from “keto-induction,” including constipation, headache, halitosis, muscle cramps, diarrhea, general weakness, and rash. These occur typically between the first and fourth day because of increased natriuresis, kaliuresis, and diuresis in response to lowered insulin levels.

The researchers note that transient reductions in glucose provision to the brain are most often seen between days 1 and 3, with a normalization after day four. All of these difficulties make adherence to ketogenic diets sometimes difficult, even so, few studies have targeted and outlined early adverse symptoms associated with keto-induction as seen in this study.

Researchers compared changes in beta-hydroxybutyrate (BOHB), blood glucose, symptoms of keto-induction, and mood disturbance, in 28 healthy adults prescribed a ketogenic diet, randomized to receive either 30 ml of MCT, or sunflower oil as a control, three times per day, for 20 days. The primary outcome measured was the achievement of NK (≥0.5 mmol·L−1 BOHB). Participants also completed a daily Profile of Mood States and keto-induction symptom questionnaire.

When downloading this study, you will learn: