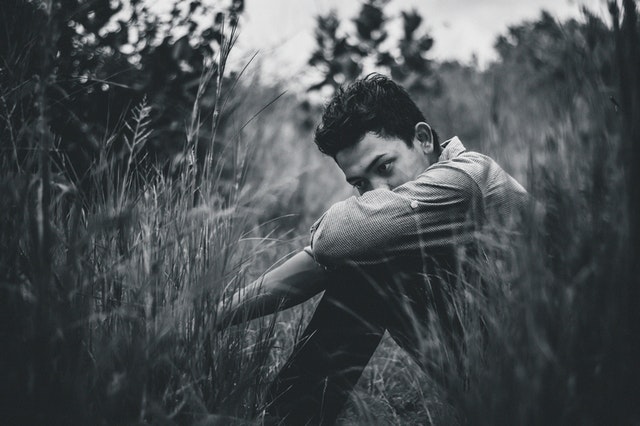 The findings, from researchers at Imperial College London and University of South Carolina, add to mounting evidence that inflammation, and the accompanying release of the molecule histamine, affects a key molecule responsible for mood in the brain — serotonin.

If replicated in humans, the findings — which identify histamine as a ‘new molecule of interest’ in depression — could open new avenues for treating depression, which is the most common mental health problem worldwide.

Inflammation — a blanket term describing an immune response — triggers the release of histamine in the body. This increases blood flow to affected areas to flood them with immune cells. While these effects help the body fight infections, both long-term and acute inflammation is increasingly linked to depression. Inflammation accompanies infections but can also be caused by stress, allergic responses and a host of chronic diseases such as diabetes, obesity, cancer and neurodegenerative diseases.

Lead author Dr Parastoo Hashemi, from Imperial’s Department of Bioengineering, said: “Inflammation could play a huge role in depression, and there is already strong evidence that patients with both depression and severe inflammation are the ones most likely not to respond to antidepressants.

“Our work shines a spotlight on histamine as a potential key player in depression. This, and its interactions with the ‘feel-good molecule’ serotonin, may thus be a crucial new avenue in improving serotonin-based treatments for depression.”

Serotonin, often referred to as the ‘feel-good molecule’, is a key target for depression-tackling drugs. Commonly prescribed selective serotonin reuptake inhibitors (SSRIs) inhibit the re-absorption of serotonin in the brain, allowing it to circulate for longer and improve mood.

However, although SSRIs bring relief to many who take them, a growing number of individuals are resistant to their effects. Researchers think one reason for this could lie in the specific interactions between chemical messengers, or neurotransmitters, including serotonin and histamine. With this in mind, researchers set out to investigate the relationship between histamine, serotonin, and SSRIs.

They created serotonin-measuring microelectrodes and put them into the hippocampus of the brains of live mice, an area known to regulate mood. The technique, known as fast scan cyclic voltammetry (FSCV), allowed them to measure brain serotonin levels in real time without harming the brain, as they are biocompatible and only five micrometers wide.

Brain serotonin levels dropped within minutes of LPS injection, whereas they remained the same in control mice, demonstrating how quickly inflammatory responses in the body translate to the brain and affect serotonin. LPS is unable to cross the protective blood-brain barrier and could therefore not have caused this drop directly.

To counter this, the researchers administered SSRIs to the mice, but they were much less able to boost serotonin levels than in control mice. They posited that this is because the SSRIs directly increased the amount of histamine in the brain, cancelling out its serotonin boosting action.

Histamine and Its Possible Link to Depression

The researchers say that if their work translates to humans it could help us towards eventually diagnosing depression by measuring chemicals like serotonin and histamine in human brains.

They also say the findings open new avenues to explore histamine as a causative agent of depression, including potentially developing novel drugs that reduce histamine in the brain.

“Inflammation is a whole-body response and is therefore hugely complex. Depression is similarly complex, and the chemicals involved are affected in myriad ways by both genetic and environmental factors. Thus we need to look at more complex models of depression behaviours in both mice and humans to get a fuller picture of both histamine and serotonin’s roles in depression,” said Dr Hashemi.

Because the work was done in animals, more research will be needed to know if the concepts translate to humans. However, it is not currently feasible to use microelectrodes to make similar measurements in human brains, so the researchers are now looking at other ways to get a snapshot of the brain by looking at other organs which use serotonin and histamine, like the gut.

Pain, which accompanies inflammation, can also change neurotransmitter levels — but previous research shows that in similar models, these changes last a few minutes, whereas the serotonin drop shown in this research lasted much longer, ruling out pain as a reason for the serotonin decrease.

Conclusion/ This work reveals a profound effect of inflammation on brain chemistry, specifically the rapidity of inflammation-induced decreased extracellular serotonin, and points the spotlight at a potentially critical player in the pathology of depression, histamine. The serotonin/histamine homeostasis thus, may be a crucial new avenue in improving serotonin-based treatments for depression.