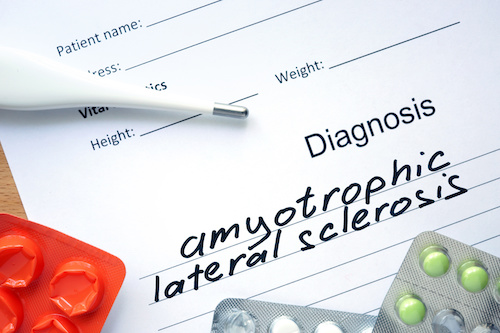 Researchers at the Weizmann Institute of Science have shown in mice 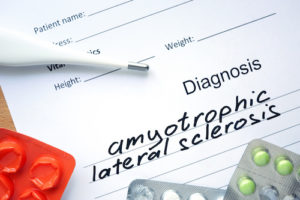 that intestinal microbes, collectively termed the gut microbiome, may affect the course of amyotrophic lateral sclerosis (ALS), also known as Lou Gehrig’s disease. As reported in Nature, progression of an ALS-like disease was slowed after the mice received certain strains of gut microbes or substances known to be secreted by these microbes.

The finding show early evidence in the connection between low levels of nicotinamide (NAM) and ALS. Preliminary results suggest that the findings on the regulatory function of the microbiome may be applicable to human patients with ALS.

“Our long-standing scientific and medical goal is to elucidate the impact of the microbiome on human health and disease, with the brain being a fascinating new frontier,” says Prof. Eran Elinav of the Immunology Department.

His team performed the study together with that of Prof. Eran Segal of the Computer Science and Applied Mathematics Department. Segal elaborates: “Given increasing evidence that microbiome affects brain function and disease, we wanted to study its potential role in ALS.”

The scientists started out demonstrating in a series of experiments that the symptoms of an ALS-like disease in transgenic mice worsened after these mice were given broad-spectrum antibiotics to wipe out a substantial portion of their microbiome. In addition, the scientists found that growing these ALS-prone mice in germ-free conditions (in which, by definition, mice carry no microbiome of their own), is exceedingly difficult, as these mice had a hard time surviving in the sterile environment.

Together, these results hinted at a potential link between alterations in the microbiome and accelerated disease progression in mice that were genetically susceptible to ALS. Next, using advanced computational methods, the scientists characterized the composition and function of the microbiome in the ALS-prone mice, comparing them to regular mice.

They identified 11 microbial strains that became altered in ALS-prone mice as the disease progressed or even before the mice developed overt ALS symptoms. When the scientists isolated these microbial strains and gave them one by one, in the form of probiotic-like supplements, to ALS-prone mice following antibiotic treatment, some of these strains had a clear negative impact on the ALS-like disease. But one strain, Akkermansia muciniphila, significantly slowed disease progression in the mice and prolonged their survival.To reveal the mechanism by which Akkermansia may be producing its effect, the scientists examined thousands of small molecules secreted by the gut microbes.

They zeroed in on one molecule called nicotinamide (NAM): Its levels in the blood and in the cerebrospinal fluid of ALS-prone mice were reduced following antibiotic treatment and increased after these mice were supplemented with Akkermansia, which was able to secrete this molecule.

To confirm that NAM was indeed a microbiome-secreted molecule that could hinder the course of ALS, the scientists continuously infused the ALS-prone mice with NAM. The clinical condition of these mice improved significantly. A detailed study of gene expression in their brains suggested that NAM improved the functioning of their motor neurons.

The study was led by postdoctoral fellows Drs. Eran Blacher and Stavros Bashiardes, and by staff scientist Dr. Hagit Shapiro, all in the Elinav lab. They collaborated with Dr. Daphna Rothschild, a postdoctoral fellow in Eran Segal’s lab, and Dr. Marc Gotkine, Head of the Motor Neuron Disease Clinic at Hadassah Medical Center, as well as with other scientists from Weizmann and elsewhere.