In January 2018, the New York Times published an article titled: High-fat Diet May Fuel Spread of Prostate Cancer, citing an animal study that looked at the relationship of fats with this male disease. Is there an association between a high fat diet and prostate cancer?  The question is not new. Back in the early 1940s, a researcher, Dr. Tannenbaum postulated that fats contribute to cancer. But back then until roughly the late 1990’s, dietary fats were considered the big evil monster – a primary culprit of all deadly health problems.

Today, popular diets like the ketogenic diet are all about eating fat in the attempt to make energy from the fat by-product, ketones, not sugar. Let’s take a closer look at the study in question:

Does this Study Prove that Dietary Fats Fuel Prostate Cancer?

First, as you may guess, one cannot make strong conclusions from animal studies for human application. If we would, we’d have the cure for every disease by now. Second, what exactly was in the food in the group of mice eating a high-fat meal?

I was curious to know. Here’s what I found:

Third, don’t be fooled, researchers in this study are interested in researching a drug interfering with fat metabolism and hopefully slowing down the spread of cancer, which is not the best diet for to avoid or manage prostate malignancies.

Is There a Connection Between Dietary Fats and the Spread of Prostate Cancer?

There is no conclusive association between eating fat, including saturated fat and prostate cancer. However, there are two possible exceptions, too much Omega 6-fatty acids and consumption of trans-fatty acids.

Omega 6 fats are good for the body but only when in the balance with Omega-3 fatty acids. 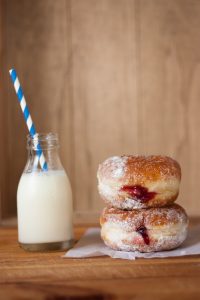 Trans-fats or partially hydrogenated oils, are an industrially created unsaturated fat that gets hydrogenated (synthetically adding hydrogen atoms) causing a trans molecular structure compared to the most natural cis form. Since trans structured fats are unnatural, eating them causes havoc in the body including hardening of blood vessels (atherosclerosis) and increases systemic inflammation.

In 2015, the FDA gave food manufacturers a deadline of June 2018 to remove all trans fats in foods. Since then manufacturers have begun introducing new oils and fats for frying, baked goods and food stuffs like powdered coffee creamers. Does that mean that our patients can eat more fried or processed foods with this new law?  To be blunt, no.

Overall, fried and simple carbohydrates in processed foods are public enemy number one. There is no getting around the fact that contribute to cancer, obesity, and disease-related deaths.

What do Human Studies Say about the Connection between Fats and Prostate Cancer?

The correlation between fat consumption and the risk of prostate cancer seems to depend on the specific types of fat and their constituent fatty acids. Here are 6 examples that counter the notion that fat intake may lead to prostate cancer.

Inconsistent and contradictory results from nutrition studies will continue to emerge in part because of the inherent variability of foods, as well as the uncontrolled variables in study populations and experimental designs. 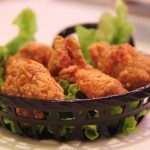 In the North Carolina-Louisiana PC Project, for example, is the link between saturated fats and aggressive prostate cancer the result of eating too many cheeseburgers or pints of ice cream? In populations where obesity is rampant and fried chicken is a staple meal, one has to look at the types of fats consumed rather than throw all fats under the proverbial bus.

Though, I do like my gumbo now and then.

We know more today and our studies should reflect that knowledge. Why are we are not studying groups of people eating a tablespoon of butter (saturated fat) a day compared to another group eating a tablespoon of olive oil (monounsaturated fat) and the another taking an ounce of flaxseed oil (polyunsaturated) and then seeing what happens in ten years or so? This type of methodology would limit other variables found in fatty foods and provide clarity on what is truly causing what. Such a study, which would be difficult for obvious reasons, would show insight about the type of fat that may cause prostate cancer and overall deaths and which fats do not.

Just look at the animal study in question at the beginning of this post. The high-fat meal wasn’t only saturated fat, it consisted of other ingredients known to promote aggressive prostate cancer. So, what caused cancer spread on these fat eating mice? Was it the saturated fat? Was it the casein? What it the choline? This is why making oversimplified conclusion in nutrition science is so challenging.

How I provide solid guidelines for patients and my students at NYU:

Above all, it’s important to understand the nuances of fats. We are no longer living in a fat-fearing world and studies like this one only serve to further the misunderstandings. Our patients don’t need any more confounding advice to add the already confusing world of nutrition and health.

This article is an excerpt of a blog post by Dr Geo Espinosa at DrGeo.com.

Dr. Geo Espinosa is a renowned naturopathic doctor recognized as an authority in holistic and functional urology. Dr. Geo is Clinical Assistant Professor at New York University Langone Medical Center (NYULMC)  – Department of Urology where he is the director of the Integrative and Functional Urology Center. He is the author of the popular prostate cancer book: Thrive, Don’t Only Survive and co-authored numerous books on natural medicine in urology and men’s health. Dr. Geo is the Chief Medical Officer and formulator of XY Wellness, LLC and lectures internationally on the application of science-based nutritional medicine in urology. On his time off from work, he enjoys researching, writing on his popular blog, DrGeo.com and spending time with his wife, Johanna, and three kids.