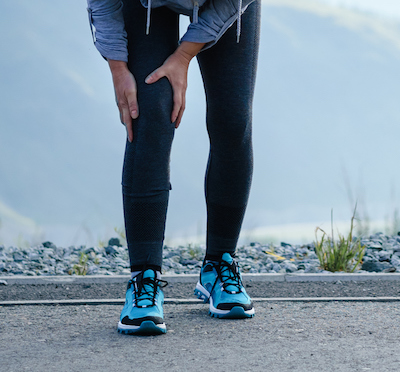 This new animal study shows that a new technique for regenerative hydrogels could be the next new tool for joint diseases, such as knee osteoarthritis. Conventional treatments like artificial joint replacements offer temporary relief but come with several disadvantages, including limited functionality and the need for replacement. A better solution is to find a way to promote tissue regeneration in joints: interpenetrating polymer network (IPN) hydrogels, when injected into joints, do exactly this–by acting as scaffolds for the growth of new cells and mimicking the cellular environment.

However, existing techniques to develop IPNs are tedious: they require the addition of chemicals via multiple steps, which limits their practical application. Thus, there is a need for better techniques that can make the process of tissue regeneration easier.

In a new study published in Chemistry of Materials, scientists from Japan, including Asst Prof Shigehito Osawa and Prof Hidenori Otsuka of Tokyo University of Science, found a new method for developing tissue regeneration scaffolds.

“Generally, the formation of IPN gels is a cytotoxic, multistep process: it involves constructing a network, followed by the addition of chemical reagents or subjecting them to external stimuli, such as temperature or changes in light irradiation, to form the other network. We wanted to create a novel scaffold using a one-step process, which could overcome the limitations of existing IPNs,” says Prof Otsuka.

To begin with, the scientists wanted to find self-assembling compounds that could form independent 3D networks without interfering with each other.

Next, the researchers wanted to check if the proposed IPN could effectively act as a scaffold to promote the growth of healthy chondrocytes (cells that produce cartilage). The scientists tested the scaffold using human cells and found that cells are embedded uniformly in the hydrogel, effectively generating functional cartilage tissue. In fact, in mice, implanting human chondrocytes within the hydrogel scaffold led to cartilage formation over a period of 8 weeks, even surpassing the performance of conventional tissue scaffolds! The biggest advantage of this technique was that not only did it successfully regenerate cartilage tissue, it was also performed in just one step or “pot,” making it much simpler than existing techniques.

Prof Otsuka concludes, “Our research has opened doors to the use of regenerative medicine for autonomous cartilage generation as an alternative to artificial joints, leading to significant improvement in patients’ quality of life and benefiting the society overall.”