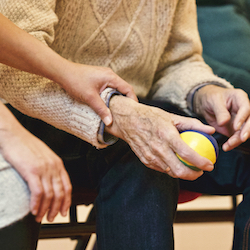 This study explores the combined effects of marine n-3 polyunsaturated fatty acids (PUFA) and ɤ-linolenic acid (GLA) as anti-inflammatory agents to help in the treatment of inflammatory disorder of rheumatoid arthritis.

Rheumatoid arthritis (RA) is one of the most common autoimmune disorders. The main 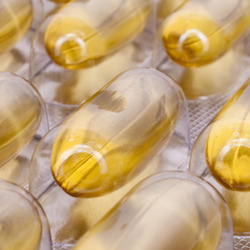 characteristic of RA is the onset of pathological changes in the lining of the joints. Due to the infiltration of macrophages, B cells, and CD4+ helper T cells into the synovial stroma, synovium proliferates causing swelling and pain of joints. Furthermore, the overproduction of inflammatory molecules, prostaglandin E2 (PGE2), tumour necrosis factor (TNF), interleukin (IL)-1, and cytokines induces chronic inflammation. Especially IL-1 and TNF play important roles in inflammation during RA.

Although these oils also contain linoleic acid (C18:2 n-6, LA), a precursor of AA, and some dietary GLA can eventually form AA, studies have shown that anti-inflammatory effects of EPO intake is prevailing. Thus, GLA may also alleviate inflammation and disease severity in patients with RA, as shown in clinical trials using high doses of 1400–2800 mg GLA per day.

Although many studies have addressed fish oil supplementation in RA patients, the results are inconsistent. Large doses of at least 2.7 g EPA + DHA are likely required to achieve desirable outcomes in RA, but these doses can increase the risk of bleeding. In this study, RA patients were supplemented either with n-3 PUFA or n-3 PUFA and GLA to examine possible anti-inflammatory effects and clinical benefits compared to the control group of patients, who had no supplementation. Researchers also tested the possible synergistic effect of the combined n-3 PUFA + GLA supplementation.

Sixty patients with active rheumatoid arthritis were involved in a prospective, randomized trial of a 12 week supplementation with fish oil (group I), fish oil with primrose evening oil (group II), or with no supplementation (group III). Clinical and laboratory evaluations were done at the beginning and at the end of the study. 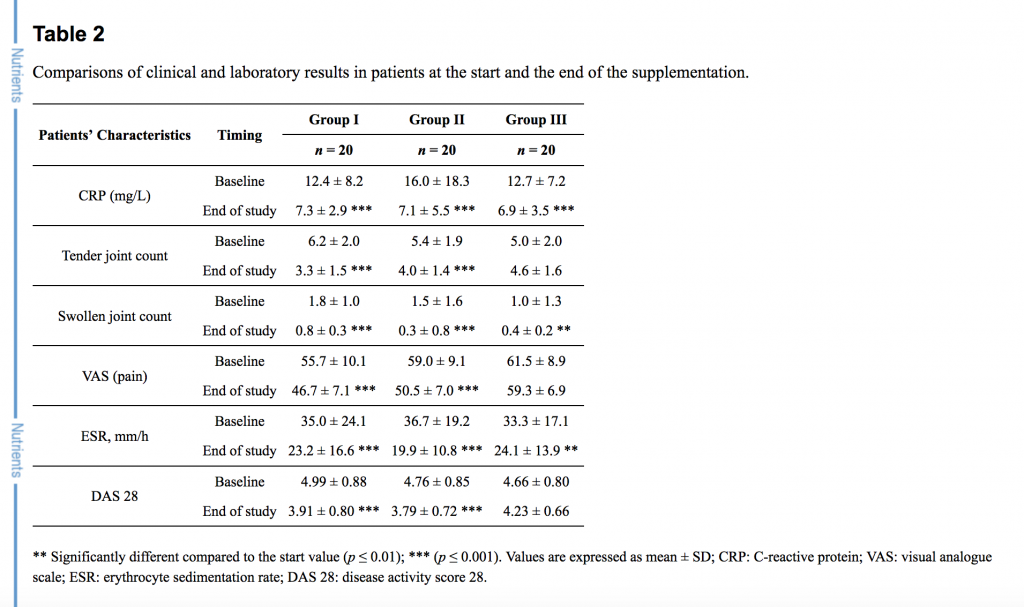