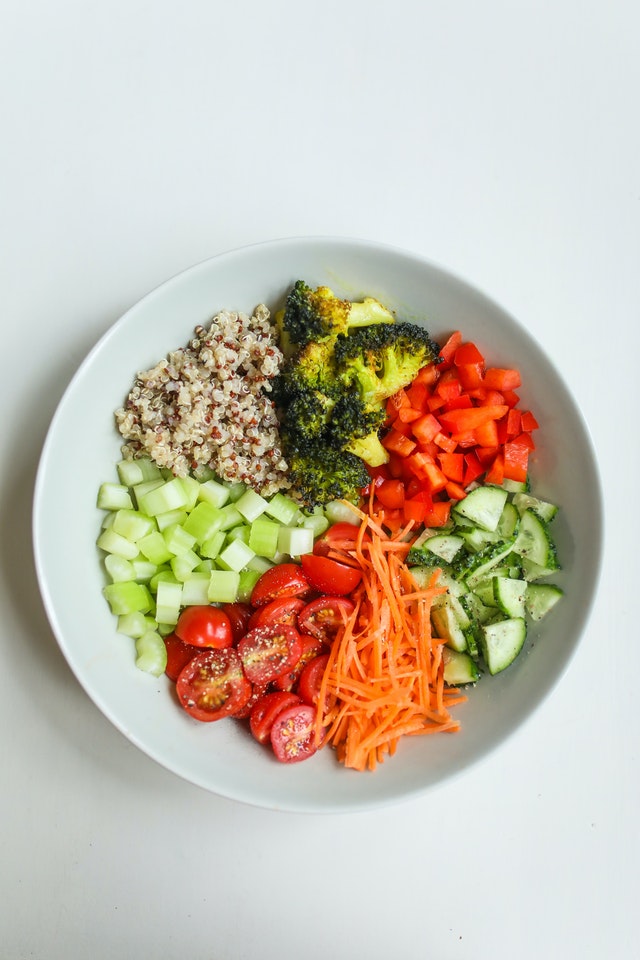 A whole foods, plant based diet may ease the painful skin blistering and scarring of livedoid vasculopathy, a baffling blood vessel disorder for which there is as yet no commonly accepted cure, and no known cause, suggest doctors in the journal BMJ Case Reports.

The primary symptoms of livedoid vasculopathy are extremely painful ulcers of varying sizes on the feet and lower legs, which leave visible scars when healed. The condition affects 1 in 100,000 people, mostly women in their 30s. The symptoms can last for months to years and can recur.

Poor blood flow is often associated with the condition, but the exact cause remains a mystery, and there is as yet no commonly accepted cure, note the authors.

The BMJ Case article reports the disease in a woman in her early 60s, whose symptoms first started in 2006. In 2013 she was diagnosed with livedoid vasculopathy after a skin biopsy. Three years later she was prescribed antibiotics for an infected ulcer on her lower left leg. She described swollen feet and sporadically itching red blotches on her lower legs and feet, which would develop into painful oozing ulcers, varying in size from 1-6 mm to more than 10 mm.

She experienced ulcer outbreaks every few weeks to months since 2008, precipitated by anything from clothes rubbing to a minor injury. The symptoms were notably worse in the summer.

Compression stockings helped to reduce ulcer formation and swelling, but wasn’t a cheap option as just one day of not wearing them would prompt even more ulcers to appear.

The unsightliness of the sores forced her to wear only long skirts and trousers, she said, and she felt a bit helpless as the symptoms didn’t clear up despite wearing compression stockings and avoiding aspirin as instructed.

She reached the point where she was “willing to try anything,” so her family doctor suggested a whole foods plant based diet, on the grounds that it promotes the health of blood vessels and has no harmful side effects. Dr Esselstyn’s Prevent and Reverse Heart Disease book and accompanying cookbook was recommended as it discusses the mechanisms of endothelial function and improvement with a Whole Foods Plant Based diet.

The diet included all vegetables, fruits, legumes, grains, herbs and spices, but limited intake of high-fat plant foods like avocado and coconut, and no meat, dairy, eggs, fried or heavily processed foods, or refined oils.

After a month, she said that her ulcers were healing, and that her symptoms were less bothersome than they had been “in years.”

A year later her symptoms had cleared up completely. This was the first time in around 8 years that she had had no symptoms, and she was able to stop wearing the compression stockings.

Since then, the ulcers have only recurred when she has strayed from the diet. Minor lapses have been linked to the appearance of ulcers although these were less painful and irritating than before.

In 2018 she had been completely free of symptoms for 18 months and felt that she had “a new lease on life.” But in 2019 she fell off ‘the dietary wagon’ immediately developing painful sores, which required antibiotic treatment. “I lapsed badly. Fish and chips, pies, ham and cheese sandwiches, and in February and March my feet developed those awful sores,” she said. “I was in a lot of pain again …” She identified fatty meats, cheese, oil as potential culprit foods.

This is just one single case, and livedoid vasculopathy symptoms can clear up by themselves, caution the authors. But the immediate and repeated recurrence of severe symptoms when failing to stick to the plant diet in this case suggests that the condition may be linked to dietary intake, they say.

The researchers surmise the likely reasons for the improvement in the condition:

More research is most certainly needed, emphasize the authors, who suggest some possible explanations for the findings. Certain foods, including those high in fat, salt, and sugar can damage the cells lining the arteries (endothelial cells); vegetarians have significantly better arterial flexibility than people who follow a standard Western diet, they say.

Conclusion/ Livedoid vasculopathy is a condition with no previous published instances of dietary therapy. The mechanism for improvement in this case may be due to improved endothelial function. A WFPB diet can address the above possible mechanisms which, alone or in combination, may be contributing to or causing livedoid vasculopathy.