The researchers of this pilot study evaluated quercetin, which has marked antioxidant activity, for its effects on recovery for amateur triathlon athletes. Oxidative stress is associated with delayed recovery and higher risk of post-training pain in triathlon athletes. Therefore, supplementation with antioxidant compounds, like quercetin, may have a role in enhancing recovery.

Quercetin is one of the most abundant polyphenolic compounds, commonly found in fruits and vegetables. The flavonoid is endowed with marked antioxidant activity, as well as with anti- inflammatory properties. Furthermore, quercetin acts as a strong scavenger of reactive oxygen species, chelates transition metals and exerts a protective effect against lipid peroxidation.

They used a specific study model of triathlon according to the “Sprint” distance. The individual triathlon 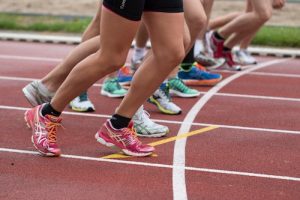 training included repetition of the defined distances 8 times in fourteen days in the same environment. The diet was completely free, but advice from the investigators was given. A mineral over-the-counter supplementation (Po- lase®) was allowed, but no other supplementations were permitted.

A group of athletes used quercetin phytosome® supplementation (one tablet of 250 mg quercetin phytosome® twice daily). In total, 48 subjects were enrolled (age range: 30- 40 years). Of them, 23 subjects used the supplement and 25 did not. The two groups were comparable in terms of gender (males/females: 16/7 vs. 16/9) and age (mean: 33 years in each group).

The control group did not use supplementation. All subjects attended a baseline measurement run and a second final measurement run at day fourteen. At the end of the study, subjective performance, post-training pain, cramps, time to full recovery and oxidative stress were measured.

All subjects completed the baseline and the measurement runs. all subjects improved with training, in the total time and in all the three single events of the triathlon race, with respect to baseline (Table 1).

Remarkably, the improvement was greater in subjects on quercetin supplementation compared with the control group. The final variation in time (expressed in seconds, including transitions) was -11.3% with quercetin in comparison with a variation of -3.9% in the non-supplemented group. 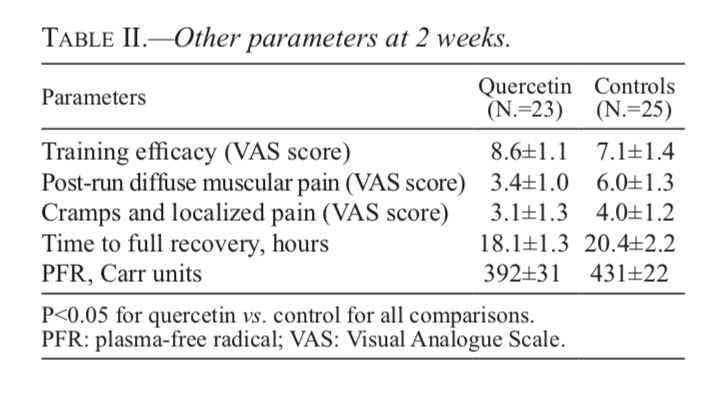 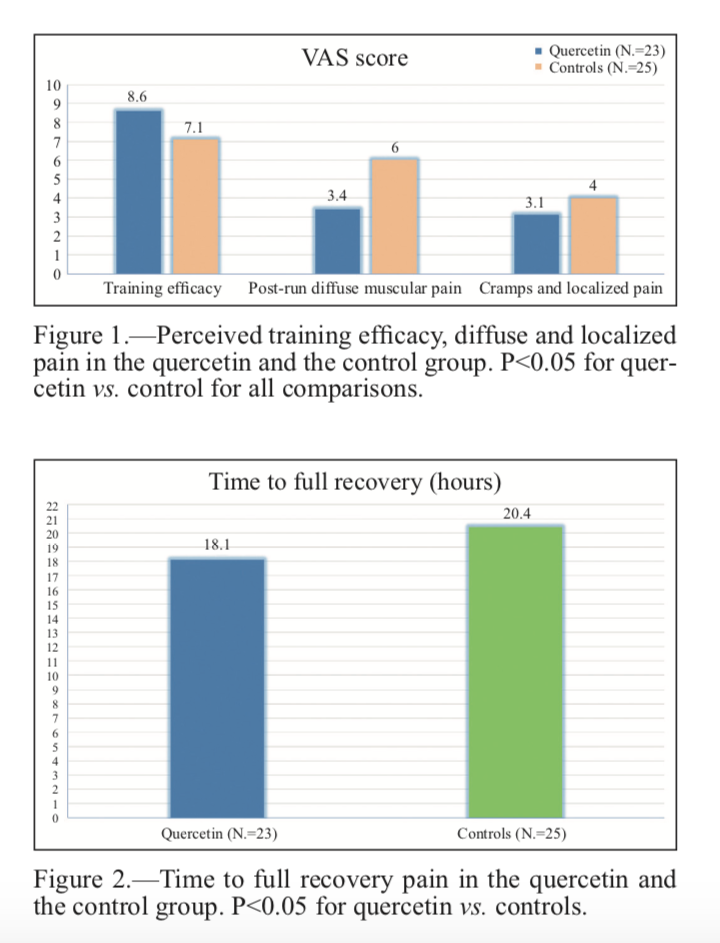 Conclusion /  This pilot study suggests that the oral supplementation with quercetin phytosome® may result in improved training and performance in amateur triathlon athletes.