Could Blood Proteins Be the Future of Diagnostics? 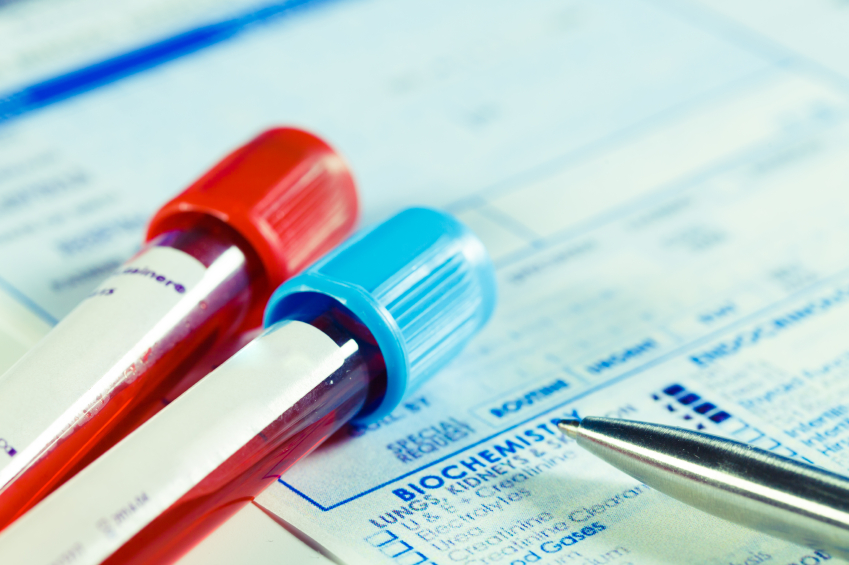 Blood proteins could be the future to provide a comprehensive ‘liquid health check’ to assess health and predict the likelihood of a range of diseases, according to research published in Nature Medicine from Cambridge University.

The researchers believe that the rise and application of ‘big data’ in healthcare, assessing and analyzing detailed, large-scale data sets makes it increasingly feasible to make predictions about health and disease outcomes and enable stratified approaches to prevention and clinical management.

Now, an international team of researchers from the UK and USA, working with biotech company SomaLogic, have shown that large-scale measurement of proteins in a single blood test can provide important information about our health and can help to predict a range of different diseases and risk factors.

The human body contain around 30,000 different proteins, which are coded for by our DNA and regulate biological processes. Some of these proteins enter the blood stream by purposeful secretion to orchestrate biological processes in health or in disease, for example hormones, cytokines and growth factors. Others enter the blood through leakage from cell damage and cell death. Both secreted and leaked proteins can inform health status and disease risk.

In a proof-of-concept study based on five observational cohorts in almost 17,000 participants, researchers scanned 5,000 proteins in a plasma sample taken from each participant. Plasma is the single largest component of blood and is the clear liquid that remains after the removal of red and white blood cells and platelets. The study resulted in around 85 million protein targets being measured.

The technique involves using fragments of DNA known as aptamers that bind to the target protein. In general, only specific fragments will bind to particular proteins – in the same way that only a specific key will fit in a particular lock. Using existing genetic sequencing technology, the researchers can then search for the aptamers and determine which proteins are present and in what concentrations.

The researchers analyzed the results using statistical methods and machine learning techniques to develop predictive models – for example, that an individual whose blood contains a certain pattern of proteins is at increased risk of developing diabetes. The models covered a number of health states, including levels of liver fat, kidney function and visceral fat, alcohol consumption, physical activity and smoking behavior, and for risk of developing type 2 diabetes and cardiovascular disease.

The accuracy of the models varied, with some showing high predictive powers, such as for percentage body fat, while others had only modest prognostic power, such as for cardiovascular risk. The researchers report that their protein-based models were all either better predictors than models based on traditional risk factors or would constitute more convenient and less expensive alternatives to traditional testing.

Many of the proteins are linked to a number of health states or conditions; for example, leptin, which modulates appetite and metabolism, was informative for predictive models of percentage body fat, visceral fat, physical activity and fitness.

One difference between genome sequencing and so-called ‘proteomics’ – studying an individual’s proteins in depth – is that whereas the genome is fixed, the proteome changes over time. It might change as an individual becomes more obese, less physically active or smokes, for example, so proteins will be able to track changes in an individual’s health status over a lifetime.

“Proteins circulating in our blood are a manifestation of our genetic make-up as well as many other factors, such as behaviours or the presence of disease, even if not yet diagnosed,” said Dr Claudia Langenberg, from the MRC Epidemiology Unit at the University of Cambridge. “This is one of the reasons why proteins are such good indicators of our current and future health state and have the potential to improve clinical prediction across different and diverse diseases.”

“It’s remarkable that plasma protein patterns alone can faithfully represent such a wide variety of common and important health issues, and we think that this is just the tip of the iceberg,” said Dr Stephen Williams, Chief Medical Officer of SomaLogic, who led the study. “We have more than a hundred tests in our SomaSignal pipeline and believe that large-scale protein scanning has the potential to become a sole information source for individualised health assessments.” Click here or on the cropped image below to see the diagram representing the validation of the research.

While this study shows a proof-of-principle, the researchers say that as technology improves and becomes more affordable, it is feasible that a comprehensive health evaluation using a battery of protein models derived from a single blood sample could be offered as routine by health services.

“This proof of concept study demonstrates a new paradigm that measurement of blood proteins can accurately deliver health information that spans across numerous medical specialties and that should be actionable for patients and their healthcare providers,” said Peter Ganz, MD, co-leader of this study and the Maurice Eliaser Distinguished Professor of Medicine at the UCSF and Director of the Center of Excellence in Vascular Research at Zuckerberg San Francisco General Hospital and Trauma Center. “I expect that in the future we will look back at this Nature Medicine proteomic study as a critical milestone in personalizing and thus improving the care of our patients.”