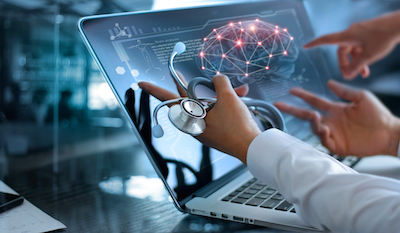 Two major publications in the prestigious journal Nature this week focus on the way that UK Biobank genetics and imaging data are transforming health research. In one paper, researchers report on a pioneering study that combined 10,000 UK Biobank MR brain images with genetics data from all 500,000 participants. 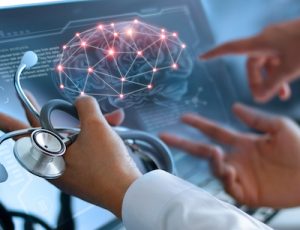 They found a genetic link for some of the most fundamental processes that allow us to think, act and function, from the size of the parts of the central nervous system that control sight, hearing, speech, emotions and actions to the integrity of the communications channels between them and the strength of the signals within. The results will provide a huge impetus to new research for a wide range of degenerative and psychiatric disorders and ultimately improve treatments.

We have had a tantalising glimpse of what could be,” said Professor Steve Smith, Oxford University, who led the study. “These game-changing data stored within the UK Biobank resource, and growing in size and value all the time, will revolutionise our understanding of complex brain disorders.” With 20,000 more participants already scanned and 70,000 still to go UK Biobank would transform understanding.

In particular, the researchers studied 3,144 different measures of brain structure and function, resulting in the discovery of more than 100 areas of the human genome that influence the brain:

There was praise for the work from UKRI Chief Executive Professor Sir Mark Walport, and Sara Marshall Head of Clinical Research and Physiological Sciences at Wellcome. “The research published today brings together a combination of genetic and brain imaging data at an unparalleled scale, and allows us to ask questions about common brain disorders such as Parkinson’s disease, depression and Alzheimer’s disease in a completely new way,” she said.

Another paper, celebrated the release of whole genome genetic data of 500,000 participants of the UK Biobank, already being used by hundreds of researchers around the world.

Professor Donnelly, one of the senior researchers on the project, said that UK Biobank was fortunate to have been able to call on experts from many different disease areas to design the purpose-built genotyping array used to gather the genetic data.

This was the largest genetic study ever undertaken on humans.  The scale of the data was vast, and we did lots of sanity checks of it.  But what is exciting is that there will be really clever scientists who will exploit these data to improve human health and healthcare in ways that currently we can’t imagine.” ~ Professor Donnelly

The data allow researchers to study a range of important questions such as the underlying genetics of disease, and the interactions between genetic and lifestyle factors, as well as using genetics to learn more about the biology of the diseases themselves, providing insights which can lead to new treatments and preventative measures.  Another important feature of the data is the imputation of different gene arrangements in the HLA region, the region of the genome responsible for many of the functions of our immune system. These variants are known to play a key role in many diseases but are difficult to measure directly, and so are unavailable in many other genetic studies.

The achievement was a culmination of several years’ work carried out by a consortium of genetics experts from Oxford and expertise based at UK Biobank’s Coordinating Centre in Cheadle. Professor Rory Collins, UK Biobank Principal Investigator, said it meant that UK Biobank is enabling novel genetic health research worldwide. “Thanks to the vision of UK Biobank’s funders, the altruism of the study participants and the contributions of a large number of scientists who have helped us along the way, UK Biobank is coming of age as a force in health research,” Professor Collins said. The work is funded primarily by the Medical Research Council (MRC) and the Wellcome Trust.