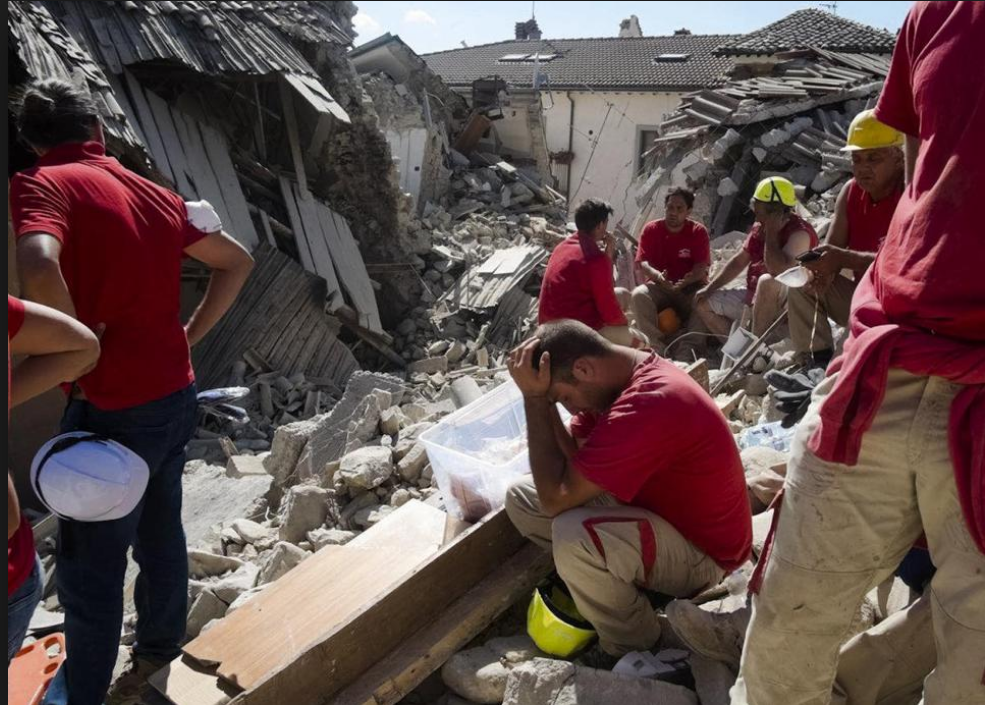 On the 24th of August, in 2016, a Mw 6.0 earthquake struck Central Italy, devastating Amatrice and several small towns and villages, causing almost 300 deaths and leaving 30,000 people homeless. Earthquakes are frequently associated with severe psychiatric disorders, such as anxiety, depression, and post-traumatic stress disorder (PTSD). In this study, published in Medical Acupuncture (open access until May 23, 2019), researchers used an acupuncture intervention program on citizens affected by the earthquake in Central Italy.

Current first-line therapies for PTSD have well-known side-effects. Acupuncture is a complementary approach to help patients cope with mental problems after natural disasters and public health events. This article describes an acupuncture intervention conducted by the Lombard Association of Medical Acupuncturists/Acupuncture in the World in the earthquake-stricken area of Amatrice in Central Italy and measures the effect of acupuncture on earthquake-related pain and psychologic symptoms in the victims.

Methods: The intervention lasted 5 weeks, from September to October 2016. Adult patients with psychologic symptoms and musculoskeletal pain were included. Treatments were performed by experienced medical acupuncturists. A verbal/numerical scale was developed to quantify the effect of intervention. A Wilcoxon rank–sum test was used for comparison of the scores before and after the acupuncture treatment.

Each patient received 4 treatments in consecutive daily sessions of 20 minutes each. The treatment room’s temperature was 22°C. The depth of needle insertion ranged from 4 to 15 mm. Needles in Bladder Channel Shu points were inserted at a 30° angle. Needles were retained for 20 minutes. In selected patients, moxibustion was performed with moxa cones. Cones were burned by one-third (down to 2 cm from the skin) and were removed as soon as the patient reported a feeling of warmth.

A verbal/numerical scale was developed to quantify the effect of the intervention. Before and after acupuncture, both pain and psychologic symptoms were measured on a scale of 1–5 (1 = not at all, 2 = slight, 3 = moderate, 4 = severe, 5 = extremely severe). This scoring was used to represent the effect of acupuncture on musculoskeletal pain and global psychologic state. Adverse reactions were recorded systematically to determine whether or not they were associated with the treatment.

Of the patients who were treated, 80.5% were female, and 68.3% reported both pain and psychologic symptoms (as shown in Table 1). Only 9.8% of patients suffered from pain exclusively. Of 41 patients, 23 (56.09%) had concurrent therapies. The most commonly used drugs were antihypertensive (26.1%) and anti-inflammatory agents (26.1%).

Conclusions: These results suggest that acupuncture could be a useful tool for reducing pain and psychologic symptoms related to earthquakes, but further research is required in this specific area.