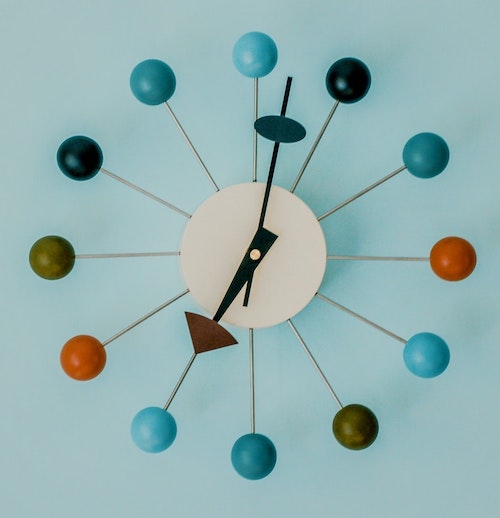 The methyl cycle, a universal metabolic pathway providing methyl groups for the methylation of nuclei acids and proteins, regulates all aspects of cellular physiology. In this study, published in Communications Biology, researchers show that methyl cycle inhibition affects biological-circadian rhythms in species ranging from unicellular algae to humans cells.

Methylation is involved in the regulation of everything from DNA to proteins, and it is so vital that it can be found in all living organisms. In a recent paper published in Communications Biology, a team of researchers lead by Jean-Michel Fustin and Hitoshi Okamura from Kyoto University’s Graduate School of Pharmaceutical Sciences has uncovered an intimate connection between methylation and the body’s circadian rhythms: a link that exists even in organisms that don’t traditionally ‘sleep’, such as bacteria.

As a reminder, methylation reactions begin with the metabolization of methionine into S-adenosylmethionine (SAM), the universal methyl donor co-substrate in the transmethylation of nucleic acids, proteins, carbohydrates, phospholipids and small molecules. During methylation, SAM converts into adenosylhomocysteine (SAH) and rapidly hydrolyzes into homocysteine (Hcy) and adenosine by the enzyme adenosylhomocysteinase (AHCY), which prevents competitive inhibition of methyltransferase enzymes by SAH.

It is this ratio of SAM/SAH that is a critical measure of methylation potential. Methylation deficiencies can occur from poor diet or genetic polymorphisms, and may contribute pathologies such as cancer, atherosclerosis, birth defects, aging, diabetes and pancreatic toxicity, hepatotoxicity and neurological disturbances.

“Disfunction in methylation can cause any number of pathologies, from atherosclerosis to cancer,” explains Fustin. “Previously we discovered that inhibiting methylation in mice and human cells disrupted their body clocks.”

In 2013, these same researchers reported that the inhibition of the methyl cycle by AHCY inhibitors affected the circadian clock in mouse and human cells. In this research, they show that “circadian rhythm perturbations can be used as a quantitative gauge for the physiological consequences of methylation deficiency.”

Methylation and the circadian rhythm, he adds, are ancient mechanisms retained in many organisms from bacteria to humans. “So, we hypothesized that the link between the two was also ancient,” says Fustin.

The team began by collecting cells and tissue samples from different organisms and measuring their biological rhythms. On average, all organisms run on periods of 24 hours.

The next step was to find out what happens when methylation is disrupted, and as anticipated, significant alterations in the circadian clock were detected in all cell types, including in plants and algae. However, cyanobacteria — photosynthetic bacteria — seemed relatively resistant.

“The methylation pathway in bacteria is slightly different from other organisms. But when an alternative compound inhibiting a different part of methylation was used, the circadian clock was indeed strongly affected there as well,” Fustin continues.

Applying their findings, the team then took a gene that is key in controlling bacterial methylation and introduced it into mouse and human cells. Exceptionally, the bacterial gene was able to protect the cells from the first methylation inhibition compound, with no alterations observed in circadian rhythms.

“Not only did we find the evolutionarily conserved link between two ancient biological pathways — methyl metabolism and biological clocks — but we also opened the door to a possible new treatment for methylation deficiencies,” concludes Okamura. “All organisms are more alike than you might think, and knowledge about how we evolved will allow us to better understand ourselves and the natural world.”

The researchers write, “methylation as a universal regulator of rhythmicity,” write the researchers. It provides a potential avenue to translate the fundamental understanding of methylation deficiencies to clinical applications. The summarize that the partial rewiring of the mammalian methyl cycle to protect proteins and nucleic acids from the consequences of methyl cycle inhibition, could present a strategy to treat methylation deficiencies, such as homocysteinemia or the autosomal recessive AHCY deficiency.