Vitamin D and Calcium Twice Daily May Keep Vertigo Away 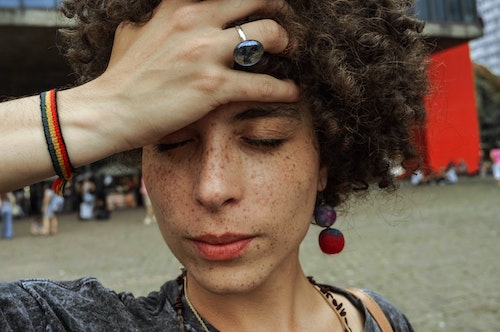 Taking vitamin D and calcium twice a day may reduce chances of getting vertigo again, according to a study published in the online issue of Neurology®, the medical journal of the American Academy of Neurology.

“Our study suggests that for people with benign paroxysmal positional vertigo, taking a supplement of vitamin D and calcium is a simple, low-risk way to prevent vertigo from recurring,” said Ji-Soo Kim, M.D., Ph.D., of Seoul National University College of Medicine in Korea. “It is especially effective if you have low vitamin D levels to begin with.”

Benign paroxysmal positional vertigo happens when a change in head position gives you a sudden spinning sensation. It’s one of the most common types of vertigo. Treatment includes a doctor performing a series of head movements that shift particles in the ears that cause the vertigo, but the condition tends to recur frequently. About 86% of people with this form of vertigo find that it interrupts their daily life or causes them to miss days at work.

The study looked at 957 people in Korea with benign paroxysmal positional vertigo who were treated successfully with the head movements. The participants were separated into two groups, intervention and observation.

The 512 people in the observation group did not have their vitamin D levels monitored and they did not get supplements.

There appeared to be greater benefit for those who were more deficient in vitamin D at the start of the study. Those who started with vitamin D levels lower than 10 ng/mL saw a 45% reduction in annual recurrence rate, while those starting with vitamin D levels at 10 to 20 ng/mL saw only a 14% reduction. A total of 38% of the people in the interventional group had another episode of vertigo, compared to 47% of those in the observation group.

“Our results are exciting because so far, going to the doctor to have them perform head movements has been the main way we treat benign paroxysmal positional vertigo,” said Kim. “Our study suggests an inexpensive, low-risk treatment like vitamin D and calcium tablets may be effective at preventing this common, and commonly recurring, disorder.”

A limitation of the study is that a large number of participants did not complete the entire study, with more people assigned to take the supplements dropping out of the study than in the observation group.