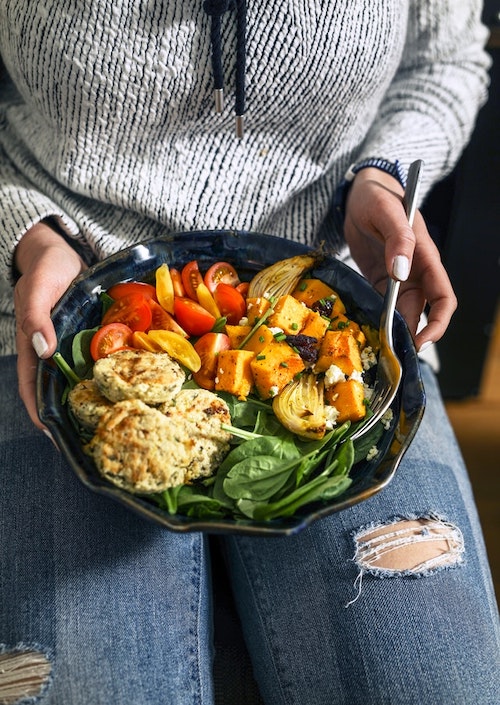 A simple Mediterranean diet in pregnancy does not reduce the overall 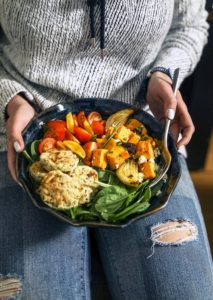 risk of adverse maternal and offspring complications, but has the potential to reduce weight gain in pregnancy and the risk of gestational diabetes, according to a clinical trial led by Queen Mary University of London and the University of Warwick.

The results, published in the journal PLOS Medicine and funded by Barts Charity, show that having a Mediterranean diet during pregnancy (including 30g of mixed nuts per day and extra virgin olive oil) led to a 35 per cent lower risk of developing diabetes in pregnancy, and on average 1.25 Kg less weight gain, compared to those who received routine antenatal care.

The study suggests a Mediterranean-style diet could be an effective intervention for women who enter pregnancy with pre-existing obesity, chronic hypertension or raised lipid levels.

Professor Shakila Thangaratinam from Queen Mary University of London said: “This is the first study to show that pregnant women at high risk of complications may benefit from a Mediterranean-style diet to reduce their weight gain and risk of gestational diabetes.

“Implementing this diet seems to be effective and acceptable to women. Current national dietary guidelines do not include the key components of the Mediterranean-style diet in their recommendations. Women who are at risk of gestational diabetes should be encouraged to take action early on in pregnancy, by consuming more nuts, olive oil, fruit and unrefined grains, while reducing their intake of animal fats and sugar.”

Dr Bassel Wattar from the University of Warwick and Queen Mary University of London said: “Although a Mediterranean-style diet has been shown to reduce the risk of type 2 diabetes and cardiovascular complications in the general population, until now we did not know the effect of such a diet in high-risk pregnant women, and whether it could be culturally adapted for an ethnically diverse population.

“Now we know that pregnant women from an inner city, high-risk, multi-ethnic population are able to adapt their diet to a Mediterranean-style, and that this can bring them important benefits including a reduction in weight gain and a lower risk of developing gestational diabetes.”

One in four mothers enter pregnancy with pre-existing obesity, chronic hypertension or raised lipid levels. These can lead to pregnancy complications, including gestational diabetes (when high blood sugar develops during pregnancy) and pre-eclampsia – the onset of high blood pressure in pregnancy which can sometimes develop into more serious conditions affecting multiple organs. These mothers and their babies are also at long-term risk of diabetes and cardiovascular complications.

A Mediterranean-style diet, rich in unsaturated fatty acids, reduces the incidence of cardiovascular diseases in the non-pregnant population. In pregnancy, such a diet has the potential to improve maternal and offspring outcomes, but has not been widely evaluated until now.

Multi-ethnic inner-city pregnant women with metabolic risk factors, including obesity and chronic hypertension, were randomized to either receive routine antenatal care or a Mediterranean-style diet in addition to their antenatal care. The diet included a high intake of nuts, extra virgin olive oil, fruit, vegetables, non-refined grains and legumes; moderate to high consumption of fish, small-moderate intake of poultry and dairy products; and low intake of red meat and processed meat; and avoidance of sugary drinks, fast food, and food rich in animal fat.

Despite the improvements in gestational diabetes and pregnancy weight gain, there was no improvement in other important pregnancy complications such as high blood pressure, pre-eclampsia, stillbirth, small for gestational age foetus, or admission to a neonatal care unit.

The participants in the Mediterranean-style diet group reported better overall quality of life than those in the control group and reduced bloatedness in pregnancy, but there was no effect on other symptoms such as nausea, vomiting or indigestion.

When the data from the study was combined with published data from a Spanish study involving 874 pregnant women on a Mediterranean diet, the team observed a similarly large reduction in gestational diabetes (a 33 per cent reduction), but no effect on other outcomes.

Fiona Miller Smith, Chief Executive at Barts Charity said: “With the growing problems of diabetes and obesity in pregnant women, we’re so proud to support this study which looks at preventing these risks. We’re happy that our funding of the Barts Research Centre for Women’s Health is being used to improve the health of East London mothers, and in turn helping future generations.”

To promote their intake in pregnancy, participants on the Mediterranean-style diet were provided with complementary mixed nuts (30g/day of walnuts, hazelnuts, and almonds) and extra virgin olive oil (0.5 liter/week) as the main source of cooking fat. Participants also received individualized dietary advice at 18, 20 and 28 week’s gestation.

The diet was made culturally sensitive by providing cooking advice through a bespoke recipe book, which incorporated elements of the Mediterranean diet into the local cuisine, developed with local community teams. Download the free cookbook at the end of this post.

The work was carried out at Barts Research Centre for Women’s Health, based at Queen Mary University of London, funded by Barts Charity.

The study has limitations including its reliance on participant feedback for measuring adherence to the intervention, without use of objective biomarkers to measure nutritional intake. The team also only obtained information on dietary intake in about 40 per cent of participants in both groups, which limits the interpretation of dietary intake data.