Secret to Longevity? Answer Could be Fisetin Flavonoid in Fruits & Vegetables 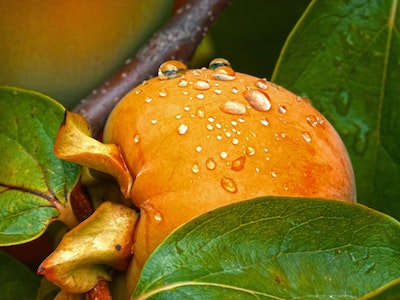 Previous research published earlier this year in Nature Medicine involving University of Minnesota Medical School faculty Paul D. Robbins and Laura J. Niedernhofer and Mayo Clinic investigators James L. Kirkland and Tamara Tchkonia, showed it was possible to reduce the burden of damaged cells, termed senescent cells, and extend lifespan and improve health, even when treatment was initiated late in life. They now have shown that treatment of aged mice with the natural product, a flavonoid called Fisetin, found in many fruits and vegetables, also has significant positive effects on health and lifespan.

As people age, they accumulate damaged cells. When the cells get to a certain level of damage they go through an aging process of their own, called cellular senescence. The cells also release inflammatory factors that tell the immune system to clear those damaged cells. A younger person’s immune system is healthy and is able to clear the damaged cells. But as people age, they aren’t cleared as effectively. Thus they begin to accumulate, cause low level inflammation and release enzymes that can degrade the tissue.

Robbins and fellow researchers found a natural product, called Fisetin, reduces the level of these damaged cells in the body. They found this by treating mice towards the end of life with this compound and see improvement in health and lifespan. The paper, “Fisetin is a senotherapeutic that extends health and lifespan,” was recently published in EBioMedicine. 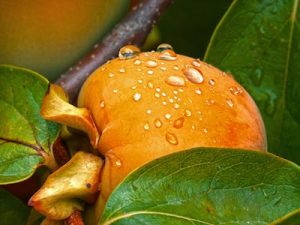 apples, persimmon, grapes, onions, cucumbers and strawberries, suggesting that it is imminently translatable. Importantly, no adverse effects of fisetin have been reported, even when given at high doses. Thus, our results suggest that supplementation or even intermittent treatment with this safe, natural product could improve healthy aging, even in elderly individuals.”

Why are we just learning more about fisetin?

“These results suggest that we can extend the period of health, termed healthspan, even towards the end of life,” said Robbins. “But there are still many questions to address, including the right dosage, for example.”

One question they can now answer, however, is why haven’t they done this before? There were always key limitations when it came to figuring out how a drug will act on different tissues, different cells in an aging body. Researchers didn’t have a way to identify if a treatment was actually attacking the particular cells that are senescent, until now.

Under the guidance of Edgar Arriaga, a professor in the Department of Chemistry in the College of Science and Engineering at the University of Minnesota, the team used mass cytometry, or CyTOF, technology and applied it for the first time in aging research, which is unique to the University of Minnesota. “In addition to showing that the drug works, this is the first demonstration that shows the effects of the drug on specific subsets of these damaged cells within a given tissue.” Robbins said.

What we know about senescent cells

The same researchers of this study previously demonstrated that the combination of dasatinib and the flavonoid quercetin are potent senolytics, thus they improving numerous age-related conditions including frailty, osteoporosis and cardiovascular disease. The researchers compared fisetin against other compounds including, resveratrol, luteolin, rutin, epigallocatechin gallate, curcumin, pirfenidone, myricetin, apigenin and catechin.

As the researchers note, the processes of aging are complex and account for numerous pathways and both genetic and environmental components, including 1) chronic, “sterile” inflammation; 2) macromolecular changes in proteins, carbohydrates, lipids, mitochondria, and DNA; 3) stem cell and progenitor dysfunction; and 4) increased cellular senescence. “These processes are linked in that interventions that target one appear to attenuate others. For example, senescent cells accumulate with age and at sites of pathogenesis in chronic diseases. Reducing senescent cell burden can lead to reduced inflammation, decreased macromolecular dysfunction, and enhanced function of stem/progenitor cells. Adult stem cells also become dysfunctional with age, displaying evidence of senescence.

Conclusion / This newest research demonstrated that when fisetin was tested against a panel of other flavonoids, it had the most potent senotherapeutic effects in several cell types in vitro and showed strong anti-geronic effects in vivo. Given that fisetin is a natural product found in common foods and available as an oral dietary supplement and has no reported adverse side effects, our pre-clinical data suggest that fisetin should be imminently translatable and could have a significant benefit to the health of elderly patients. Based on these mouse studies, clinical trials to evaluate the short-term benefits of intermittent fisetin treatment on certain aspects of aging such as frailty are currently underway.