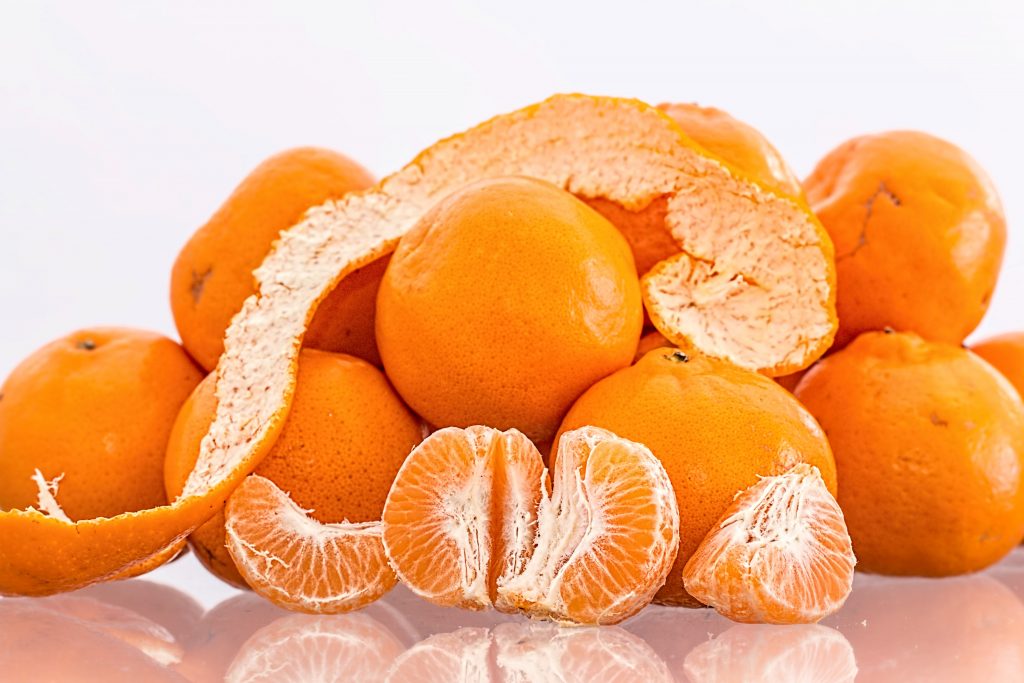 Vitamin C could be the key to better muscles in later life, according to new research from the University of East Anglia (UEA). A study published in the Journal of Nutrition shows that older people who eat plenty of vitamin C, commonly found in citrus fruits, berries and vegetables have the best skeletal muscle mass and less risk of sarcopenia.

“People over 50 lose up to one per cent of their skeletal muscle mass each year, and this loss is thought to affect more than 50 million people worldwide,” said lead researcher Prof Ailsa Welch, from UEA’s Norwich Medical School

“We know that Vitamin C consumption is linked with skeletal muscle mass. It helps defend the cells and tissues that make up the body from potentially harmful free radical substances. Unopposed these free radicals can contribute to the destruction of muscle, thus speeding up age-related decline. But until now, few studies have investigated the importance of Vitamin C intake for older people. We wanted to find out whether people eating more Vitamin C had more muscle mass than other people,” says Prof Welch.

The research team studied data from more than 13,000 people aged between 42-82 years, who are taking part in the EPIC (European Prospective Investigation into Cancer and Nutrition) Norfolk Study.

They calculated their skeletal muscle mass and analysed their vitamin C intakes from a seven-day food diary. They also examined the amount of vitamin C in their blood.

Dr Richard Hayhoe, also from UEA’s Norwich Medical School, said: “We studied a large sample of older Norfolk residents and found that people with the highest amounts of vitamin C in their diet or blood had the greatest estimated skeletal muscle mass, compared to those with the lowest amounts.

Overall, the researchers found that nearly 60 percent of men and 50 percent of women participants did not consume as much Vitamin C as they should, according to the European Food Safety Agency recommendations. In this cohort population was 0.9% in men and 0.2% in women, more than one-third of men (35%) and one-sixth of women (17%) were vitamin C insufficient. Within the United States 14% of men and 8% of women of a similar age to those in our study are deficient. See Figure Below.

“We are very excited by our findings as they suggest that dietary vitamin C is important for muscle health in older men and women and may be useful for preventing age-related muscle loss. This is particularly significant as Vitamin C is readily available in fruits and vegetables, or supplements, so improving intake of this vitamin is relatively straightforward,” said Dr Richard Hayhoe.

“We’re not talking about people needing mega-doses. Eating a citrus fruit, such as an orange, each day and having a vegetable side to a meal will be sufficient for most people,” says Dr Hayhoe.

Study summary: “Overall, the findings suggest that consuming a diet high in vitamin C has potential for protection of skeletal muscle health during aging and thereby provides reinforcement to the benefits of following healthy eating guidelines by consuming sufficient fruits and vegetables. Further studies are required that include longitudinal analyses and intervention trials to investigate the long-term effects of increasing dietary or supplemental vitamin C on skeletal muscle health during aging.”

Conclusion/ “These results suggest that ensuring sufficient dietary vitamin C intake, by promoting a diet rich in fruits and vegetables, may help to reduce age-related loss of skeletal muscle and thus have wide-reaching public health benefit.”