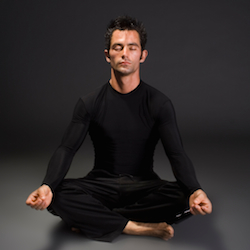 Lifestyle modification is a cornerstone of hypertension (HPT) treatment, yet most recommendations currently focus on diet and exercise and do not consider stress reduction strategies. Yoga is a spiritual path that may reduce blood pressure (BP) through reducing stress, increasing parasympathetic activation, and altering baroreceptor sensitivity; however, despite reviews on yoga and cardiovascular disease, diabetes, metabolic syndrome, and anxiety that suggest yoga may reduce BP, no comprehensive review has yet focused on yoga and HPT. As this study shows, one can drop diastolic and systolic blood pressure with yoga.

A systematic review of all published studies on yoga and HPT was performed revealing 39 cohort studies, 30 nonrandomized, controlled trials (NRCTs), 48 randomized, controlled trials (RCTs), and 3 case reports with durations ranging from 1 wk to 4 y and involving a total of 6693 subjects. Most studies reported that yoga effectively reduced BP in both normotensive and hypertensive populations. These studies suggest that yoga is an effective adjunct therapy for HPT and worthy of inclusion in clinical guidelines, yet the great heterogeneity of yoga practices and the variable quality of the research makes it difficult to recommend any specific yoga practice for HPT. Future research needs to focus on high quality clinical trials along with studies on the mechanisms of action of different yoga practices. By Anupama Tyagi, MA, PhD(c) and Marc Cohen MBBS(Hons), PhD, BMedSc(Hons), FAMAC, FICAE, published Alternative Therapies in Health Medicine, Vol. 20, No. 10. 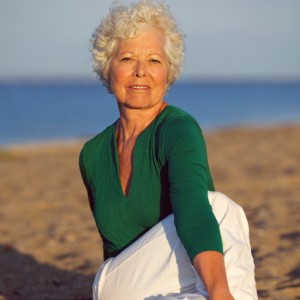 (SBP) ≥ 140 and diastolic blood pressure (DBP) ≥ 90, is a major public health issue that is estimated to affect more than 1 billion people worldwide and account for 13% of deaths, 64 million disability-adjusted life years, and 7 million premature deaths per year. By the year 2025, it is estimated that approximately 1 in 3 adults aged over 20 years, or 1.56 billion people worldwide, will have HPT. The relationship between HPT and the risk of cardiovascular events, stroke, and kidney disease is continuous, consistent, and independent of other risk factors. Beginning at 115/75 mm Hg, each incremental rise of 20/10 mm Hg in BP substantially increases the risks of mortality and morbidity in cerebrovascular and cardiovascular disease (CVD), while treating raised BP is associated with a 35% to 40% reduction in the risk of stroke and a 16% reduction in the risk of myocardial infarction. Pharmacological interventions for HPT are used routinely, yet the critical importance of nonpharmacological approaches and lifestyle modifications has continued to be recognized and recommended by expert panels on HPT.

Lifestyle modifications may prevent HPT in prehypertensive individuals, serve as primary therapy in hypertensive participants before the start of drug therapy, and act as an adjunct to drug therapy for those already on medication. It is reported that lifestyle modification alone can reduce SBP from 3 mm Hg to 32 mmHg and DBP from 2 mm Hg to 18 mm Hg. A 1982 meta-analysis of 37 studies on the nonpharmacological treatment of HPT found that nonpharmacological treatments such as yoga, weight reduction, and muscle relaxation produced stable reductions in BP over 3 to 12 months, suggesting that they are credible alternatives to pharmacotherapy.

A wealth of evidence now suggests that bidirectional interactions between the brain and peripheral tissues contribute to both mental and physical health and that a rise in BP is a part of the fight-and-flight response that is associated with aggression, anxiety, tension, excitement, and anticipation in stressful situations. Substantial evidence also indicates that psychological stress and sympathetic activation is a major risk factor for HPT, coronary artery disease (CAD), and cardiovascular mortality and that individuals who exhibit exaggerated cardiovascular response to mental stress are at increased risk for developing HPT in subsequent years. It has also been hypothesized that autonomic balance may be restored through mind-body practices that elicit the relaxation response and that reduce sympathetic and increase parasympathetic activity, such as yoga and meditation. Other evidence suggests that yoga improves autonomic stability in hypertensive and diabetic participants.