Nutritional Factors and Management of Autism 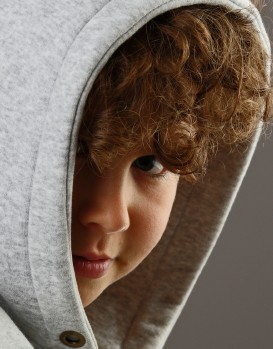 Autism is thought to have a multifactorial etiology that includes hereditary and environmental triggers accompanied by gastrointestinal disorders, such as chronic duodenitis, gastritis, reflux esophagitis, intestinal lymphoid dysplasia, dysbiosis, excessive intestinal permeability, and yeast over- growth.

Food sensitivity, especially to gluten and casein, is a prominent finding, as are autoimmunity, metabolic disorders, heavy metal toxicity, and nutritional deficiencies or excesses. Accordingly, medical practitioners have used dietary interventions with varying efficacy in autism treatment, including gluten and casein–free diets and use of omega-3 fatty acids, zinc, and carnosine. With most of these interventions, anecdotal reports of favorable responses usually exceed the number of scientifically controlled studies, but several of these studies have suggested efficacy. Researchers have concluded that autism therapy may require concurrent, multiple-agent interventions to counter the disease’s multi-factorial etiology, which they believe to result in a neurologically toxic body burden.

Bertrand et al estimate that autism is now twice as prevalent as Down syndrome, with an occurrence of at least 40 cases per 10000 children.1 That number represents a 10-fold increase over the last 2 decades, even when Autism Spectrum Disorder (ASD) and Asperger’s syndrome are excluded. Heredity is one causative factor in autism; a 90% concordance rate occurs in identical twins compared to a 30% concordance rate in fraternal twins. Researchers believe that environmental factors during the fetal and neonatal periods and during early childhood trigger the disease’s occurrence and that appropriate nutritional interventions prevent or possibly treat it effectively.

In this scientific summary, Balasubramanian Santhanam, MD and Barry Kendler, PhD, FACN review nutritional therapies for autism that are evidence-based and have favorable outcomes, which include the following: